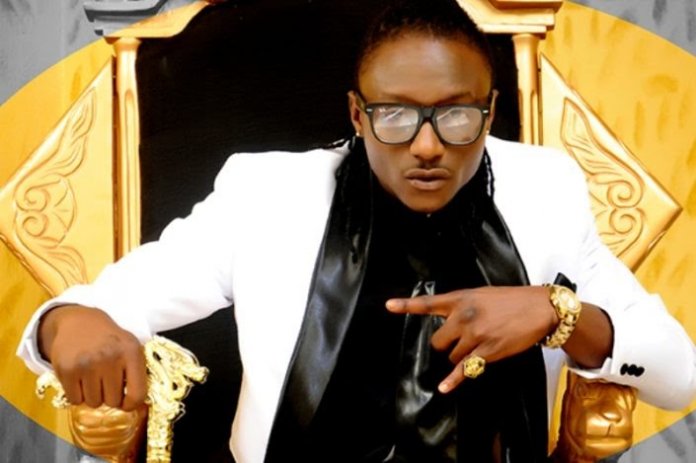 His visit came at a time Beno/Bino Foods, makers of Beno and Bino Mayonnaise in United Kingdom and across all African countries is making its mark as the sought after Mayonnaise, by taking the lead, while others follow.

As usual, the energetic artiste known for his originality and passion for what he knows how to do best, rendered a serenous song, giving Bino Foods a taste of what he is known for, to the delight of the Director and Staff of the Organisation.

Appreciating the visit of Terry G, the Director, CTS Ventures Ltd England, Emmanuel Amadi, showered Encomiums on the Producer turned Musician for finding time out of his busy schedule to visit the ‘House of Judah’, home of Beno/Bino Foods.

The Director stressed further by Company’s inspiration, vision and goals is based and attributed to the glory of Almighty God.

“It is worthwhile and interesting to have a Nigerian music superstar visiting us, we really appreciate your coming and hope that we will create a mutual relationship and synergy for the growth of both parties”.

Bino Mayonnaise stands tall among its contemporaries due to the qualities it possesses that has made it universally accepted, with the best manufacturing process that meets Western World accepted standards in production of consumables.

The quality of eggs used in the production of Bino Mayonnaise are free range, with no genetically modified organisms and quality assured.

The ‘Akpako’ crooner, who had made his Mark in his chosen profession endorsed and embraced Bino Foods, for it’s professionalism, quality and consistency, that has made it a household name and the leader among its contemporaries.

Terry G was once the sought about Nigeria artiste at home and in diaspora, due to his music content which distinguishes its style among its peers.