The Centre for Anti-Corruption and Open Leadership (CACOL) has said nearly all federal roads in Lagos and Ogun States have collapsed due to what it attributed to outright neglect by the Federal Roads Maintenance Agency (FERMA).

CACOL, a coalition of civil society organisations with an anti-corruption agenda, also lamented that Lagos State Governor, Mr. Babajide Sanwo-Olu had failed to honour promises he made to rehabilitate all the roads within the state.

The coalition expressed these concerns in a three-page letter its Executive Chairman, Mr. Debo Adeniran addressed to President Muhammadu Buhari on Friday, noting that what commuters and other road users were going through on federal roads in these states was horrible.

The letter lamented that the FERMA “has not lived up to expectation going by the present state of roads in the country. Most of the federal roads that dotted the length and breadth of the country are crying for attention.”

It also faulted the claims of the Minister of Finance, Budget and National Planning, Mrs. Zainab Ahmed that most of the bad roads in Nigeria belong to the states.

It deplored a statement attributed to the Minister of Works and Housing, Mr. Babatunde Fashola that Nigerian roads “are not as bad as people think.”

It, thus, pointed out that Fashola’s remark on the deplorable state of federal roads nationwide was “a clear indication that some people occupying public offices are not in tune with the terrible realities of their fellow citizens’ daily experience.”

Despite the claims of the two ministers, the letter noted that most of the roads “are now death traps,” especially the federal roads in nearly parts of Lagos and Ogun State

Apart from the adverse effects of the deplorable federal roads, the letter added that kidnapping and armed robberies, loss of vital man-hours, loss of lives and enormous damage to vehicles on a daily basis are recorded.

It said the current state of the Lagos – Sango Ota – Abeokuta expressway that links Lagos and Ogun state “is appalling and an eye sore as virtually all sections of the road had completely broken down.

“Major bus stops like Obadeyi, Kola, Salolo, Moshalashi, Alakuko, Toll-Gate, Joju among others are characterised by crater-sized potholes and gullies resulting in commuters and motorists spending long hours in traffic.

“The road conditions have resulted in accidents and damage to health and vehicles which are immeasurable in monetary terms. Sometimes, petrol tankers and container trucks have fallen at bad portions of the road, causing havoc to people,” the letter said.

With these deplorable conditions, the letter said the essence of FERMA “has been defeated, if federal roads under FERMA’s direct supervision can deteriorate to such an inhuman state without any intervention to mitigate the suffering of the commuting public.

“More annoying is the fact that the Ministry of Works and Housing which happens to be the supervising ministry of FERMA is maintaining an unholy silence.”

The letter noted that the roads, which are within the purview of the states, “are not better. In fact, state-owned roads are just as horrible as the stretches of roads controlled by the federal government.”

In Lagos state, for instance, the letter noted that it was a tale of a complete abandonment and neglect from the expressways to the inner streets.

It added that the dividends of democracy, which the Sanwo-Olu administration promised to be delivered to the electorate in terms of infrastructure development “are just nowhere to be found.”

On these accounts, the letter asked the federal and the state governments to redouble their efforts and commitments to addressing the hardship being faced by road users across the country.

It added that alternative means of transportation like the rail and the waterways should also be improved upon to reduce the pressure on road transport infrastructure.

It urged the president to swing into action by directing and mobilising FERMA “to provide palliative measures pending the reconstruction and rehabilitation of the federal roads in Lagos state in particular and other states in general.” 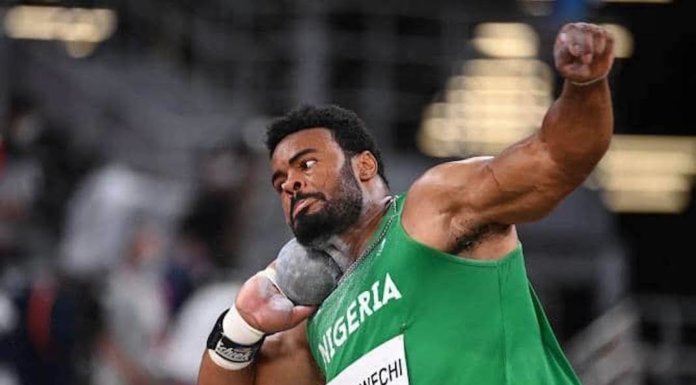