Dangote Group’s fertilizer plant, under construction in Lagos, will be ready to start production in February next year, so says Saipem SpA, the builders of the factory.

This is coming on the heels of the latest inflation figure from the National Bureau of Statistics (NBS), showing that inflation rose to 12.56 per cent (year-on-year) in June compared to 12.40 per cent in May.

Owned by Aliko Dangote, Africa’s richest man, the fertilizer plant located in Lekki, has capacity for three million tons a year of urea and ammonia, making it the world’s biggest. It is in the vicinity of the 650,000 barrels a day Dangote Oil Refinery, also under construction.

Test run started at the plant in March, though hampered by the disruptions that came with the Coronavirus pandemic, said Maurizio Coratella, Chief Operating Officer of Saipem SpA.

“We are picking up now that things are looking more stable and are currently very well advanced. We are in the commissioning stage of the first train; for the second, we will have that commissioning in six to seven months’ time,” Bloomberg quoted Coratella to have said in an interview.

Saipem is making special arrangements, including setting up dedicated flights for vendors and suppliers to enable it meet the completion deadline, he said.

Saipem’s operations in Nigeria, where it has been in business for more than 50 years, span several industries including oil, gas and power.

Among its four major construction contracts currently running in the country, it expects a 430-megawatt power plant being built for Eni SpA in the Niger Delta region to start operating within weeks.

The company is among bidders for Royal Dutch Shell Plc’s Bonga offshore oil-field expansion and is also in the early stages of revamping state-owned refineries in the oil-industry centers of Warri and Port Harcourt, Coratella said.

Four refineries with a combined capacity for 445, 000 barrel of crude run by Nigerian National Petroleum Corporation are shut for refurbishment and only due back to production in 2023.

Saipem is among three joint ventures that bid for engineering work for Qatar’s liquefied natural gas expansion project. The firm and its partners who won a $4 billion contract to build Nigerian LNG Ltd.’s train 7 project, is eyeing “big LNG” and petrochemical projects in Southeast Asia, the U.S. and Russia, Coratella said.

“In terms of opportunities, most of them have been delayed to 2021,” he said.

The Group Executive Director, Strategy, Portfolio Development and Capital Projects, Dangote Industries Limited, Mr. Devakumar Edwin, had said Nigeria would be able to save $500 million from import substitution and provide $400 million from exports of products from the fertiliser plant.

“The supply of fertiliser from the plant will be enough for the Nigerian market and neighbouring countries.

“I am happy that by the time our plant is fully commissioned, the country will become self-sufficient in fertilizer production and even have the capacity to export the products to other African countries.

The Consumer Price Index, (CPI) which measures inflation rose to 12.56 per cent (year-on-year) in June compared to 12.40 per cent in May, according to the National Bureau of Statistics (NBS).

The June inflation rate is the highest since August 2019 when it recorded 11.02 per cent, indicating a 10-month high.

The NBS noted that the 0.16 per cent rise followed increases recorded in all the divisions that determine the headline index.

According to the CPI figures for June which was released yesterday by the statistical agency, month-on-month, the food sub-index increased by 1.48 per cent last month, up by 0.06 per cent points from 1.42 per cent recorded in May.

The composite food index rose by 15.18 per cent compared to 15.04 per cent in the preceding month.

The all items farm produce or core inflation, which excludes the prices of volatile agricultural produce stood at 10.13 per cent in June, up by 0.01per cent when compared with 10.12 per cent recorded in May.

Specifically, the NBS stated that inflation was fueled by rise in the food index and was caused by increases in prices of bread and cereals, potatoes, yam and other tubers, fruits, oils and fats, meat, fish and vegetables. 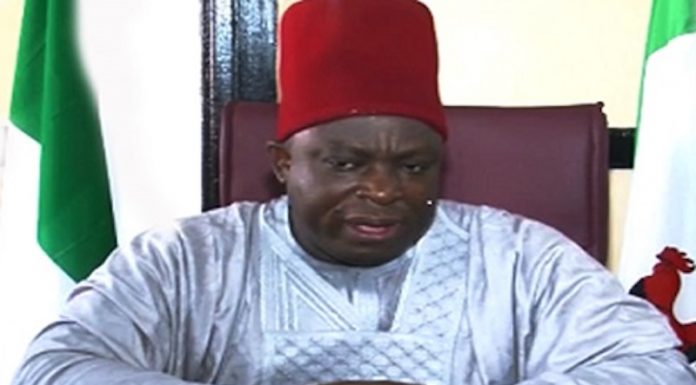 THE HIKE IN FUEL PRICE

…Djokovic Says Can’t Forget His Disqualification from US Open