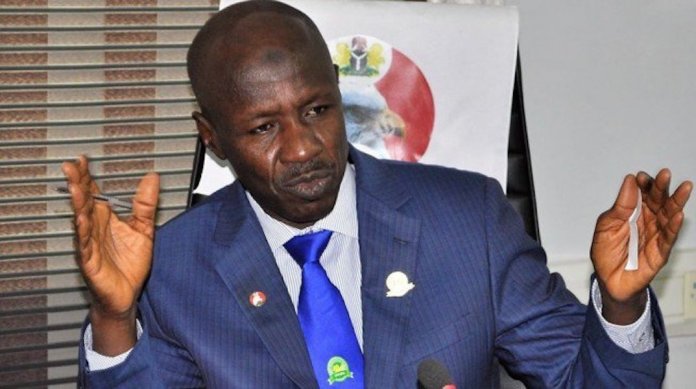 Our rising corruption profile could be linked to steady decline of moral values, argues Tayo Ogunbiyi

The current travail of acting Chairman of the Economic and Financial Crimes Commission (EFCC), Mr. Ibrahim Magu, has once again brought to the fore the issue of corruption in the country. Magu, regarded by many as, perhaps, one of the most successful EFCC Chairmen, is facing several allegations of fraud and abuse of office. He is currently facing a probe panel in what seems to be a case of the hunter being hunted.

The Magu saga has, no doubt, brought a momentary dent on the fight against corruption in the country. Though, Magu remains innocent until the allegations against him are proven, the very thought that he could be guilty has brought a dark cloud on anti-corruption crusade in the country.

According to TI, Corruption Perceptions Index (CPI) for 2014, Nigeria was up eight places to 136 out of 175 countries. Indeed, Nigeria shares 136th position with well-known corrupt countries like Cameroon, Kyrgyzstan, Iran, and Lebanon.

A former British Prime Minister once referred to Nigeria as “a fantastically corrupt nation”. Angered, by this declaration, many came out to condemn the former prime minister’s frank assessment of our country’s corruption status. As if to further validate the truth about the nation’s corruption situation, the National Bureau of Statistics (NBS) recently reported that a total sum of N400 billion is spent on bribes each year since 2015!

Without a doubt, corruption is one of the biggest challenges in Nigeria. It resonates in almost every sector of the country. In our clime, corruption has the colouration of embezzlement and nepotism, as well as abuses linking public and private actors such as bribery, extortion, influence peddling, and fraud.

It is rather sad that despite the hues and cries in the media by social critics and other stakeholders, the rate of corruption in Nigerian political circle is ever-increasing with a surge in the number of cases where apparatus of government has become an instrument for the enrichment of members of political elite.

But then, how did corruption rise to become an integral part of our national life? Our rising corruption profile could be linked to the steady decline of moral values in our society. Since the early 90s especially, moral value has nose-dived. Today, crooks and individuals with warped moral code are being celebrated across the country.

What is urgently required to redress the situation is a complete re-orientation that cuts across all spectrum of the society. A process that is all encompassing in the sense of a fusion between the physical and the spiritual.

As a prelude, we need to change our value system as a people. We need to re-appraise our undue obsession to materialism and wealth accumulation. It is such mania that is partly responsible for the rot in our socio-political system. How come men of questionable characters and unproven integrity call the shot in our clime?

The answer is simple. Money has become our god. Sadly, religious centers are not excluded from this craze! Neither are traditional institutions. Nowadays, people place curses on their relations for upholding integrity and honesty while holding public offices.

Until we re-order our priority as a people, we will continue to get it wrong. In the days of our founding fathers, men of ideas and principles were widely respected and honoured. Our national heroes such as Herbert Macaulay, Obafemi Awolowo, Nnamdi Azikiwe, Tafawa Balewa, Ahmadu Bello, and Aminu Kano, among others, did not rise to national prominence as a result of the fatness of their bank accounts.

Rather, they won the hearts of men of their generation because of the strength and depth of their ideas and principles as well as their total commitment to those ideals which they hold in high esteem. Ken Saro-Wiwa put his life on the line not for pecuniary gains or benefits. No! He died because of his commitment to the emancipation of his people.

One vital key to strengthening our value system is good governance. Governance is about providing sacrificial services to the people. Some analysts have posited that Nigerians are partly crazy about undue wealth acquisition because of the failure of successive governments to sincerely tackle their social-economic needs. Imagine a Nigeria where public infrastructure works and where everyone irrespective of social status, can afford a decent living.

It is the conviction of not a few critics that it is the inability of governments, over time, to meet these basic needs that is responsible, in part, for the craze for wealth at all costs. For instance, everyone wants to provide for himself and his family the basic needs of life which ordinarily should be put in place by government. This is the reason why the nation has become a jungle where everyone devises all sorts of survival strategies. After all, the end, as they say, justifies the means.

Nigerians must understand the corrosive effect of corruption. The trend of unbridled theft, greed, selfishness and illegal acquisition of wealth would lead us to nowhere. We need to take a cue from nations where mutual resources are shrewdly used for the good of all.

In Singapore, for example, in order to drive its economic miracle that has made it the fifth least corrupt country in the world with per capita GDP of $53,053, the elimination of corruption from its public service became a top priority.

In same vein, we need to put in place a culture that rewards honesty, integrity and discipline. We need to have a moral rebirth. It doesn’t matter where we are, we can get to where we ought to be if only we are determined to build a new nation. We can do it. We have the potential. We have the resources. All we need is a strong resolve to get it right.

Ogunbiyi is of the Ministry of Information and Strategy, Alausa, Ikeja, Lagos