Until his dismembered body was found on Tuesday, July 14 in his Manhattan apartment by his sister, little was known about Fahim Saleh, son of Bangladeshi immigrants who was born in Saudi Arabia. Touted as a successful entrepreneur, the 33-year-old was professionally assassinated in a manner that may be similar to that of Saudi Arabian author and journalist Jamal Khashoggi whose body was never recovered.

The technology entrepreneur who founded Nigeria’s Gokada ride-hailing app was found decapitated and dismembered in a luxury New York apartment with a power saw plugged in nearby, New York media reported.

News of his death filtered in the air on Wednesday morning after news outlets such as the Daily News and New York Times broke the news. The international publications reported that Saleh’s body was found in his luxury Manhattan condo, decapitated and dismembered.
“When detectives began investigating, they found the man’s torso and an electric saw nearby, two law enforcement officials briefed on the matter said. The man’s head and limbs were later found in the apartment, a Police Department spokesman said,” writes the New York Times.

Saleh’s sister was said to have discovered her brother’s torso when she visited him on Tuesday afternoon at 3.30pm. She had been worried about him since she didn’t hear from him for a day. Panicked and horrified, she called the police who found the saw that was supposedly used to carry out the inhumane act still plugged into an electrical outlet. The piece of evidence led the police to assume that the sister may have interrupted the killer by her arrival. The victim’s head and limbs were later found in the apartment.

Further investigations by the detectives revealed that the killer had followed the deceased in the building’s elevator with another person who was wearing a black suit and black mask as captured in a surveillance camera.

“On the video, the elevator door opens and Mr. Saleh goes into the apartment, the official said. The masked person follows directly behind him, and the two immediately start to struggle, the official said. The sister is seen on the video arriving a short time later. There is a second way out of the apartment through a service entrance, the official said,” writes New York Times.
The Daily News reports suggested that the victim was possibly shot or stunned as he fell immediately after walking out onto his floor.
“The perp had a suitcase. He was very professional,” one police source told the publication.

“We have a torso, a head that’s been removed, arms, and legs. Everything is still on the scene. We don’t have a motive,” Police Spokesman, Carlos Nieves told the Daily News.

Saleh, 33, founded the Gokada motorbike hailing app. It was popular in Lagos until the state government in February banned all motorcycle taxis, known locally as ‘okada’.

Gokada, funded by US and Gulf investment and venture capital funds, has one of the largest fleets of motorcycle hailing taxis in Nigeria.

Mail Online reported that at the time of his death, he was being sued by a former prison guard- turned criminal, who was jailed for using his app PrankDial to secretly record and listen to employees’ phone calls.

He founded the app in 2015. The app let Kirk Eady, the former deputy director of Hudson County Correctional Facility, place a call between two employees without them knowing he was behind it, then listen to whatever they said.

He listened to their complaints about him and about their jobs then retaliated against them in the workplace, according to prosecutors.

He was jailed for 15 months and in 2017, sued Saleh for fraud, claiming the app made him think what he was doing was legal.
Though the case has officially been ruled as a homicide, there are suspicions that Saleh was perhaps in a financial trouble, a possible motive for his murder.

The late technology entrepreneur who grew up in the United States was said to have a knack for tech right from his younger days. He delved into business while in his teens, finding social media websites such as Salehfamily.com and teen-hangout.com
“We used to call him the Elon Musk of the developing world. He was like the Energizer Bunny,” a friend told The Post.

In a 2016 interview with Radiche, the deceased credits his knack for technology to the hours he spent playing video games.
By high school, Fahim was generating $100k-$150k in profit from websites according to the publication.

“I would stay up super late, work on it and would be worried my Dad would catch me. He thought it would hinder my schoolwork, which it didn’t. Then, I got my first paycheck from Google for $500 as a teenager and showed it to my Dad. He was like, ‘Okay, let’s open an account.’ The same website was sold on eBay for $2,000.”

Early success came to Saleh in 2009 when he founded PrankDial, an app he invented for making prank telephone calls, shortly after graduating from Bentley University.

By 2015, the young millionaire co-founded the ride company Pathao, which is popular in Bangladesh and Nepal. He would however launch the first motorbike hailing service in Nigeria in 2018 and in 2019, the company raised $5.3 million in venture capital.

“We are deeply saddened to inform you about the sudden and tragic loss of our founder and CEO, Fahim Saleh,” the firm said on Wednesday.

Saleh reportedly bought the condo where the remains of his body were found for $2.25 million last year in a building on East Houston St. at Suffolk St. on the Lower East Side, Manhattan. No official statement from his family yet. 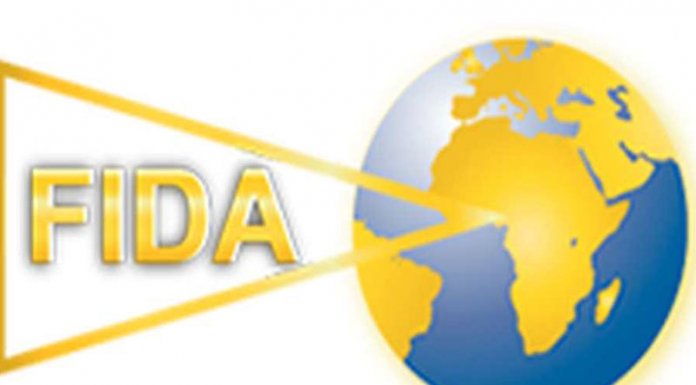 THE WEALTH IN PALM TREES