•Presidency investigates minister, others over alleged corruption in NDDC

The federal government’s intervention agency, the Niger Delta Development Commission (NDDC), yesterday continued to be in the news for the wrong reasons as its former interim Managing Director, Ms. Joi Nunieh, said she slapped the Minister of Niger Delta Affairs, Senator Godswill Akpabio, for harassing her in his guest house in Abuja.

“Why did he not tell Mr. President what he did that I slapped him?” she asked ARISE NEWS, the broadcast arm of THISDAY Newspaper, stating proudly: “I am the only Ogoni woman, Nigerian woman that has slapped his face. I slapped him because of his plan B.”
Nunieh’s bombshell came just as THISDAY learnt that Akpabio and a host of others named in alleged fleecing of the NDDC are now being investigated by the presidency.

Separate enquiries are going on in both chambers of the National Assembly over alleged monumental fraud and corruption that had plagued the agency since inception.
Alarmed by the mismatch between trillions of naira that had been released to the agency by the federal government and actual work done, President Muhammadu Buhari had ordered a forensic audit of the NDDC, substituting the board approved by the Senate with an interim management committee to superintend the financial scrutiny in October last year.

But the interim management headed by Nunieh soon got dissolved in February following intense pressure from political interests, which hauled sundry allegations of fraud and corruption against it.
The management, under Prof. Kemebradikumo Pondei, which was empanelled by the president a few months ago, has also become enmeshed in a web accusation of fraud.

The president, THISDAY sources at the presidency said last night, has directed an investigation into the allegations, including those against the minister and members of the interim management and top federal legislators.
But Nunieh speaking to ARISE NEWS yesterday did not hold back against Akpabio, almost smashing the minister’s table.
She denied the minister’s allegation that she did not take part in the mandatory one-year National Youth Service Corps (NYSC) scheme, saying that she served in Kwara State.

Akpabio, during an interview with ARISE NEWS, last weekend had accused Nunieh, who was removed about six months ago, of being paranoia and having anger issue, which he said affected her alleged relationships with her four previous husbands.
Akpabio also accused Nunieh of insubordination, failing to respond to official memos as well as lacking the requisite qualifications to hold a high office like the headship of the NDDC. He added that she could not present her NYSC discharge certificate.

The minister also accused her of refusing, on several occasions, to respond to official letters, describing it as insubordination.
But Nunieh disclaimed the allegations and accused Akpabio of always scheduling official meetings in private residences’ because he had a plan B’, noting that one time, she smacked him in the face for harassing her.
The former NDDC boss wondered why the minister had so much interest in her private life but said though her private life remains private, she had never been married to four husbands.

She added that she failed to respond to most of the memos, which was termed insubordination, because they were frivolous and written by people under the minister, who did not have such rights to carry out official communication with her office.
She added that she was pressured by the minister to take an oath of allegiance, which she declined, thereby further souring her official relationship with the minister.

“I kept wondering – this letter was written by the Chief of Staff to the minister. Can you imagine? How do I respond to this kind of letter? It’s documented. He could have called but it’s documented. He wanted me to make payments to his cronies- payment for water hyacinth. That was the reason I was removed.”

Nunieh, who said she did not want to return to the interventionist agency, explained that she was forced to speak out since she was removed from office because the minister impugned her character.

I told Mr. Akpabio that I will not go for any meeting outside his office or my own office. The last week before I left, he came to Port Harcourt, but I did not go to Le Meridian to meet him.
“I am the only Ogoni woman, Nigerian woman that has slapped his face. I slapped him because of his plan B. He thought that since he couldn’t get me to take that money, he thought that his plan B could come up on me.
“He didn’t know that I am a Port Harcourt girl. Port Harcourt girls are not moved by money or by somebody telling me he will make me the substantive MD.

“Akpabio’s meetings with me were either in Apo, Le Meridian, or whatever. I slapped him. Harassment sounds better, not rape.”
Nunieh, a lawyer, wondered why the minister was interested in her private life, rather than respond to the allegation of misappropriation of funds, stressing that Akpabio described her as ‘temperamental’ in the Saturday interview because of the way she rebuffed his moves.

She added: “Why was he jealous that I was married for 20th time – did he want to be my seventh husband? Even if I married 80 times, I did not even marry four times.
“After the money, I would have taken the oath and walked away, no one would have heard all these. That’s why he said I am temperamental because of that incident.”

She alleged that the NDDC had paid to get electricity directly from Afam, but was disconnected at the gate because the minister’s girlfriend supplies diesel to the agency.
She said she got engineers to get it back, but the money wasn’t approved; so, that NDDC will keep paying for diesel, alleging that the minister wanted her to approve monies for his presidential ambition.

“He got upset that I saw Mrs. Amaechi (Rotimi) and Mrs. Sylva (Timipre) at the airport and I spoke to them because they are his political enemies, thinking I wanted to stop his political ambition,” Nunieh said.
She said she didn’t want to be reinstated, but to state the facts as they were, insisting that the minister also tried to compel her to take an oath of allegiance, which she declined. 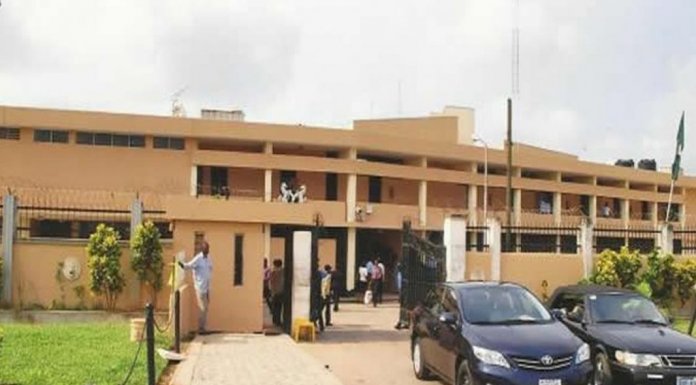