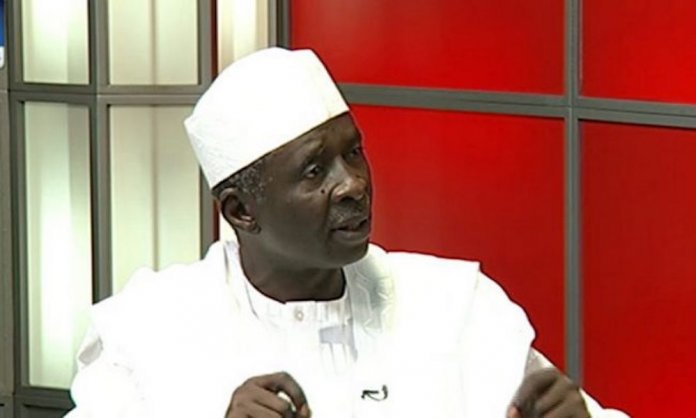 This is indeed a very difficult time for His Excellency Architect Barnabas Bala Bantex. The former Deputy Governor is now being consumed by partisan groupthink. In a widely circulated video of an interview on ECWA Television last week, Bantex, who along with the president of Southern Kaduna Peoples Union (SOKAPU), Hon. Jonathan Asake, were invited to chart the way out of the challenges of insecurity in Southern Kaduna, brewed a storm when he, towards the end of the interview session, said: “ But I want to use this forum to do two things: one is to say to the people of Southern Kaduna, that to the extent that I cannot convince them going by what I have heard judging from what people are saying, there is a lack of confidence in what I am saying.”

“I will do two things: One, I will apologize for trying to defend what I know, to the extent that I cannot convince my people. The second thing is, politics is not for me the ultimate. I have issues with my Faith, I have issues to settle with God, 25 years have taken up my time from what I ought to do. I will use this opportunity to ask that the people of God should pray for me because I think, moving out from this studio I will take a bow from partisan politics. I have done that before, I have been pressurized to come back. By the grace of God I think this time will be different.”

“I will continue however to give my voice if sought, but I do understand that my association with this political party, with this government at this point in time, when the insecurity is so ravaging the entire country, including my own place, I understand that it is the most herculian task, you know, to give reasons why we should do a detour and think differently. I therefore, will want to tell everybody that as I am moving out of this place, I will look at the world at different direction.”

His Excellency was reacting to the conventional wisdom ably represented by the president of SOKAPU that insecurity in Southern Kaduna is merely an ethnic cleansing that both Bantex and his former principal complicitly watched without showing empathy. But the former Deputy Governor will insist that rather than seeing the killings from the fault lines of religion and ethnicity, there is need for a proper diagnosis of the problem that has now become a national predicament.

Though I am still in shock that some insular commentators have as usual, taken to the local markets an oblique news that the former Deputy Governor has apologized to ‘his people’, they have rather deliberately and hazily refused to make clarifications about the sins and confessions of His Excellency. But I thought, based on the video, that he has only apologized for sticking to his convictions especially on the way out of the present state of insecurity facing the region contrary to the popular line of thought that the situation is exclusively an ethnic cleansing of a people who do not recite the same Creed with the chief security officer of the state.

My worry is that, the so-called apology is a sarcasm that should rather have been seen as an insult to those who still insist that the former Deputy Governor ought to have abandoned his convictions to stick to their groupthink. Of course, he didn’t apologize that Southern Kaduna was shortchanged, neither was he in agreement that he and his former principal were complicit to the killings, nor accepted that he had at anytime in the media made snide remarks about what is called ‘his people’ supposedly, unless otherwise, referring to a geographical location against the usual definitions based on the nation’s nagging fault lines. But I know that the world now has been clued into the thinking of Asake especially when he severally interchanged ‘his people’ with the ethnic cleansing of ‘our people’. And this is where the trial of His Excellency began.
His sins lie on his refusal to sing from the hymnal of parochialism; and for associating with a political party, Government and characters perceived as missionaries of the other divide – a hospice perception that Governor Nasir El-Rufai himself gave oxygen to when he was alleged to have rated the population of Christians in Kaduna State as thirty percent. But as I recently said to him, “Defining regions based on religion and ethnicity is neither strange nor the exclusive iniquity of the Southern Kaduna people because while the North is defined based on Islam, the middle Belt that, I think, southern Kaduna is part of, is in like manner defined based on Christianity. Yet, the political class is to blame for creating this fault lines as grazing fields to satisfy their greed in moments of legitimacy crisis.

As a seasoned partisan politician who served at various capacities during the PDP, Asake is not unaware of the benefits associated with riding through the staircase of religion and ethnicity to seek for popularity and sympathy. He must have seen how Governor Ortom of Benue State utilized these perennial fault lines during the killings in his state to: one, divert attention from his non-performance, and two, canvass for legitimacy when he transmuted into a defensor populi by creating a narrative that cast him as an ethno-religious knight in defense of his people against a Buhari-led federal government that appears tolerant – and even supportive – of the killer- herdsmen with whom the president shares a tribe and a religion. My friend, Sam Omatseye, put it well when he wrote: “Ortom is wagging the dog’s tail. He has been an abysmal failure as Governor owing about a year in salaries and presiding over Makurdi that still looks only a little better than a village in the 1980s. The herdsmen crisis is an opportunity to ride on a second term. It is a boom for him from the enemy.” Asake may have also seen how former Governor Ahmed Yerima used what Obasanjo referred to as ‘political Sharia’ to source for legitimacy in Zamfara state.

Yet, the people of Southern Kaduna under his leadership are not to blame for their disposition to swallow these apocryphal narratives hook, line and sinker based on their experiences in the past when certain Muslims in power used religion and ethnicity to inflict hardship on the rest of northern communities who do not worship or speak like them – thereby creating the mutual distrust and suspicion that has now made the communities inflammable. This is why at the slightest suspicion of the policies of Muslims in power – such as the alleged statement by Governor Nasir El-Rufai that Christians in Kaduna State merely constitute ten percent of the state’s population, or the attempt to reform the traditional institution especially by creating new emirates, could reflexly make our people react like wounded lions believing that it is all aimed at giving advantage to Islam and it’s adherents. And truly, Governor El-Rufai has not been cautious of the sensitivity of this feeling.

No doubt, the trial that has now villified the former Deputy Governor among his people, is a conflict on the need to rise beyond these erroneous narratives by comparing notes with other people across divides of faith and ethnicity who have similar experiences on how to overcome the challenges.

And this, of course, would require an intellectual framework that will first of all identify what the challenges are rather than the ongoing call that we should all join in singing songs of parochialism.

At the end, while Governor Nasir El-Rufai needs not to be reminded of the need to continually reach out to the people of Southern Kaduna especially on issues of the protection of human life in spite of the animosity between him and SOKAPU, it is equally worth saying that SOKAPU would need to do some reforms. Apart from those who think that the body has now become the political wing of the Southern Kaduna people, others say, the body has now been hijacked by either partisan politicians, or those who have issues with government.

And it is unfortunate that ninety percent of the activities of the Union has to do with politics, thereby placing other more important aspects of development like Education and the Economy on suspension. But SOKAPU must also look into it’s combative strategy in dealing with both government and it’s illustrious sons and daughters – Bantex not excepted.

Finally, history will remember the trial of a Bala Bantex villified for advocating the need to see things beyond the windows of insularity at a time of great upheaval. Yes, “The ultimate measure of a man is not where he stands in moments of comfort and convenience, but where he stands at times of challenge and controversy.” Similarly, it doesn’t matter if this controversy is being alone in advocating for what is right to be done even if the rest of the world is on the other side.

––Damina wrote from Kaduna and can be reached: francisdamina@gmail.com