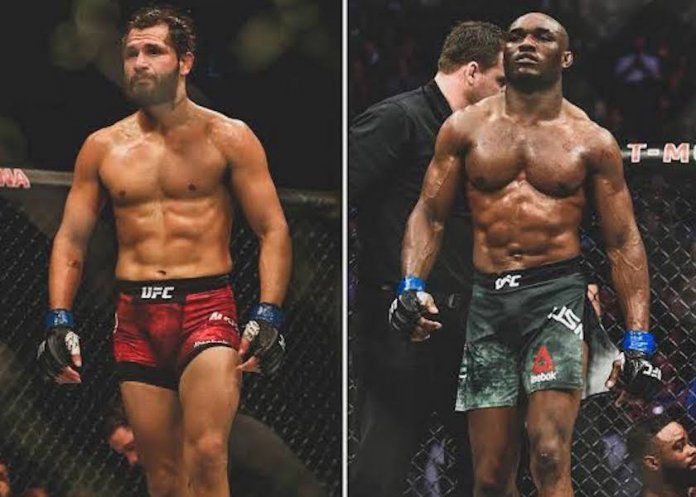 It’s the fight the world wants to see, and in just hours from now MMA fans will watch (2am Sunday morning) on as Nigera-born Kamaru Usman looks to defend his welterweight title and defeat arch rival American Jorge Masvidal at UFC 251 on Fight Island in Abu Dhabi.

The fight will be aired live on SuperSport on SS 11 and SS Maximo from 2am Sunday.

After Masvidal’s public dispute with the UFC last month, very few expected the 35-year-old to step in and take on the formidable Usman on six days’ notice, following the withdrawal of Gilbert Burns after the Brazilian tested positive for Covid-19.

But to the surprise of many fans and pundits alike, the UFC and Masvidal managed to thrash out a deal that appeased all parties, and now the UFC has a late replacement main event that hasn’t generated as much excitement since Nate Diaz stepped in to fight Conor McGregor at UFC 196.

And that is in part down to the unrelenting trash talk and verbal sparring that Usman and Masvidal have engaged in that has sent fans into bedlam on social media.

Earlier this year, video footage emerged of the pair coming face-to-face at the Superbowl in Miami, where Masvidal is from. The welterweights had to be separated amid a slur of insults and threats to do harm upon one another.

Yet trash talk and social media chat doesn’t have the same effect when the two foes in question aren’t equally matched. And in Usman and Masvidal, this is a fight that could genuinely go either way.

Responding to the BMF title potentially being up for grabs at UFC Fight Island in Abu Dhabi, Usman told TMZ Sports: “That’s my (expletive), absolutely.

“They’re saying it’s a “BMF” – they’re really considering this a real title, kind of an interim thing or whatever.

“They’re really considering this a title. So you know, yes – after I go out there and beat his a** and ragdoll him, that (expletive) is coming home with me so I can throw it in my closet,” boasts Auchi, Edo State-born Usman.

However, ‘Gamebred’ Masvidal himself is already looking ahead to a potential bout against Nate Diaz or Stephen Thompson after this weekend’s fight.

The 35-year-old, who claimed the ‘Baddest Mother F*****’ belt (BMF) against Diaz in November, has even posted images of himself on Instagram ‘negotiating’ on the phone and taking a coronavirus test.

Masvidal claimed the money he was originally offered for fighting Usman was only half of what he got for the Diaz fight.

That purse was then matched, but Masvidal wanted more, as well as a higher cut of the pay-per-view revenue but despite the disagreement, Masvidal has saved Dana White’s show this weekend by stepping in.

UFC President White has not actually yet confirmed whether the ‘BMF’ title will be up for grabs when the pair meet on Saturday night Sunday morning, Nigerian time).