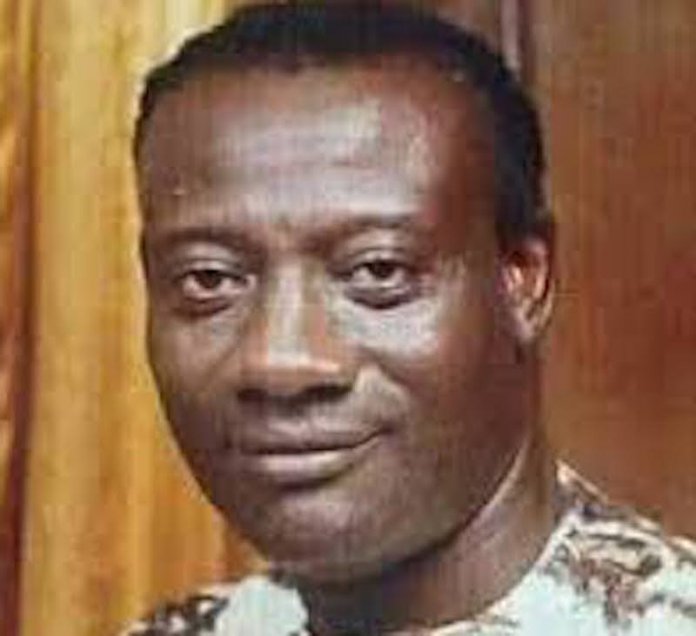 It is 12 years since Senator Melford Okilo passed on. Okilo who was the first elected Civilian Governor of the old Rivers State died on 5th July, 2008 after a protracted illness.

As family, friends and political associates of Chief Okilo mark his exit, it is imperative to once again remember the unique attributes, achievements and uncommon legacies of the man who even in death, is still acknowledged as one of the greatest leaders and political figures that ever emerged from the Niger Delta. Apart from Okilo, Chief Harold Dappa Biriye, Prof. Eyo Ita, Dr Egbert Udo Udoma, Okoi Arikpo, Ken Saro Wiwa and Isaac Adaka Boro were also great sons of the Niger Delta whose lives remain inseparable from the history of their people.

Melford Obiene Okilo was born on 30th November, 1933 in the serene riverine community of Emakalakala in Ogbia Kingdom in present day Bayelsa State. His home town is less than two kilometers away from Location 001, Nigeria’s first commercial oil well. His life, indeed, was a history of the triumph of the human spirit over adversities and challenges. Okilo was born to peasant parents. He rose from grass to grace and left indelible marks in teaching, philosophy, law, business, civil service, religion and the politics of Nigeria.

Commenting on Chief Okilo’s background and the challenges he encountered on his journey to the top, Nigeria’s former President and Okilo’s, kinsman, Dr. Goodluck Jonathan states: “His story strikes a particularly strong cord with me. Aside from coming from the same background as Chief Okilo, his sojourn from the back waters of the Niger Delta, through countless personal challenges, political travails and triumphs, right up to the national stage, mirrors my own story from a ‘shoe less childhood’ to the highest office in the Land”.

The story of the life and times of Okilo is one that should interest the present and future generations of Nigerians, particularly the youth who are challenged by unemployment and lack of opportunities for growth in the system. A child who once dropped out of school due to the inability of his parents to pay his school fees, later rose to become an accomplished teacher, lawyer, businessman, clergy, councilor, member, Federal House of Representatives, minister, governor and senator.

After completing his primary school education at St. Michael Primary School, Oloibiri and professional qualification as a teacher at St Paul Teacher Training College, Diobu, Port Harcourt, Okilo taught in some primary schools in the riverine areas and in May, 1956 joined the Eastern Nigeria Judiciary as a court clerk and interpreter. The period he spent as a teacher in village schools and court interpreter enabled him experience the squalor, poverty, neglect and environmental degradation confronting the Niger Delta people. What Okilo witnessed in the Niger Delta spurred him to dedicate his life to the service of his people and humanity

In 1956, Shell struck oil at Oloibiri in Bayelsa State. Okilo was then a court interpreter. He saw how the people were dispossessed of their land without adequate compensation. This pathetic situation moved Okilo to mobilize the people to establish The Oloibiri Land owners Association which became a platform for agitating for better compensation for those whose land was acquired for oil exploitation. Okilo’s struggles in this regard at Oloibiri and its environs endeared him to the riverine people and made them see him as a leader to trust, a patronage he enjoyed throughout his political career.

As Nigeria approached independence from Britain in 1960, there were apprehensions as to whether the country would survive as one united and indivisible nation. The amalgamation of the Northern and Southern Protectorates into one country by Lord Lugard in 1914, brought together over 250 ethnic groups with mutually antagonistic interests into one country. The divisions were deep and the fears were real. Okilo emerged as one of the politicians that worked assiduously to hold Nigeria together despite the differences among her people.