Osaro Akpata, a political analyst, submits that it may be a hard task for Governor Godwin Obaseki of Edo State to clear all the obstacles on his way to re-election

Three weeks ago, Governor Godwin Obaseki of Edo State started what may be seen as the process of clearing the impediments for his re-election as governor of the state by announcing that he has moved from the All Progressives Congress (APC) to the Peoples Democratic Party (PDP); few days after he was disqualified by the APC screening committee for the Edo State governorship election.

Mr. Obaseki’s disqualification, climaxed what is seen as a long-run battle between the governor and immediate past APC National Chairman and a former governor of Edo State, Adams Oshiomhole.

Obaseki’s disqualification was occasioned by damning discrepancies in the certificates presented and also the difference in the names contained in his NYSC certificate dated 6th August 1980. The committee observed that he bears the name “Obasek” Godwin, different from Obaseki, a factor the committee believes could compromise its chances in the forthcoming governorship election in Edo.

Such errors have cost the APC some states in the past. No serious political party would risk the potential implications of such grave error in an attempt to please its members.

Although Obaseki and his deputy, Philip Shaibu made his disqualification from the contest look like a witch-hunt by what they often describe as godfatherism orchestrated by Comrade Oshiomole, it is clear that the APC was not ready to take any chance and allow itself to be a willing tool to win the election for an another party, bearing in mind its experience in Zamfara and Bayelsa states.

“In our interaction with issues raised, we concluded that his HSC and NYSC certificates were defective and based on the party’s constitution, this has made us to recommend that candidate, Obaseki, is not eligible to participate in the election,” chairman of the committee, Prof. Jonathan Ayuba stated.

Governor Obaseki’s spokesman, Crusoe Osagie described the outcome of the screening as a mockery of democratic process, which he claims Comrade Oshiomhole administered and superintended over in the APC. “It has been an unfortunate, disheartening and dreadful spectacle,” Osagie said. While Osagie saw Obaseki’s disqualification as open show of shame, illegality and travesty of justice, he failed to see the obvious.

When Obaseki was disqualified by the APC screening committee for the next governorship election and he eventually left the party in his desperation to clinch to power, not a few people said Obaseki was in for a serious trouble because without Oshiomhole and the APC that brought him to office in 2016, he is arguably one of the most unpopular candidates in the coming election.

If you ask those who have been watching the turn of events in Edo state between 2007 when Oshiomhole was first elected as governor of the state and the role he played in the election of Obaseki in 2016, they will likely tell you that winning the September 2020 governorship is one of the unlikely achievements for Obaseki. He faces great hurdles that are most likely to stop him from coming back as governor of the state in September.

It may look like pitching tent with the PDP offers him some semblance of stability or leeway to succeed in the coming election. But in the real sense of it, Obaseki’s ambition is like a house built on nothing. Beyond the fact that making Obaseki their candidate has emerged as an albatross for the PDP, Obaseki is currently like a general without a troop. He has no political structure to drive his ambition.

Mr. Obaseki has and still faces stiff opposition within his new party, the PDP. Many PDP members are averse to his emergence as the party’s flag bearer in the coming governorship election.

Excluding the intervention of top interests from within and outside of Edo state, picking the ticket of the party would been a shadow chase, largely due to the fact that he was not proactive enough to build friendship across party lines, like his predecessor. Many still see his coming into the party as an imposition by those who want to takeover leadership of the state at all cost.

A staunch member of the Peoples Democratic Party and former Commissioner of Information in Edo state, Kassim Afegbua is among those in the PDP who are opposed to Obaseki’s adoption in the state. Like Afegbua who has vowed to join forces with the APC to ensure the defeat of Obaseki in the September 19 governorship election, many PDP members are not happy over his coming into their party. That number is huge in the state. Obaseki will need to work harder to convince such opposing voices, to be able to get their votes at the polls.

Those who belong to that group wonder – rightly how Obaseki that the PDP once branded a failure, suddenly merited the ticket so much that all three aspirants stepped down for him.

“We will join hands collectively with the APC candidate to ensure that Godwin Obaseki does not return. I am PDP member, but I will vote APC. A man with the humility of Pastor Osagie Ize-Iyamu is better than a governor who fights everyone who disagrees with him,” Afebgua is a politician that can wished away with the wave of hand.

On the flip side, without Oshiomhole’s support, Obaseki is standing on an empty stage without followership or congregation to call his own. That’s the truth. Not a few people would agree that Obaseki now faces the toughest battle in his political career.

He rode on the crest of evidential popularity and enviable goodwill of the APC in Edo state to become the state governor in 2016. Apart from the overwhelming support for the APC in the state, Obaseki’s access to the government house was also largely aided by the legacies of his predecessor, Oshiomhole who bestrode the state to a higher status, making it one of Nigeria’s fastest growing states – in roads network, education, job creation, economic growth, youth empowerment and security, among others. As it stands, he has swept the legacies of his predecessor under the carpet.

Obaseki is actually walking a tight rope at the moment. There are indications that he is not even popular among his Benin people like his major rival and candidate of the All Progressives Congress in the coming election, Pastor Osagie Ize-Iyamu.

Those who describe Obaseki as a political weakling are quick to recall on February 23, 2019, Obaseki lost his ward, LG, federal constituencies and senatorial district in the Presidential/National Assembly elections. On March 18, 2019, Obaseki purportedly suspended Gen. Charles Ehigie Airhiavbere (rid) from APC. That aside, on October 6, 2018, was accused to have allegedly imposed his preferred candidates for National/House of Assembly elections on the party in several LGs of the state.

At the height of his political idiosyncrasy, on July 3, 2019 to be specific, he sacked people he believed were loyal to Oshiomhole, while accusing the state APC leaders of fighting him for access to the state treasury to share Edo money.

As that unwarranted fight with some party stalwarts continued, Governor Obaseki sacked eight commissioners and special advisers and many Local Government Chairmen believed to be Oshiomhole’s loyalists. On July 4, 2019, Chris Okaeben was suspended from the APC by the Oredo LG chapter of the party. On July 23, 2019. Obaseki was fingered in the fight against the ministerial nomination of Clem Agba by President Muhammadu Buhari. On July 31, the chairman of Etsako West LG, Yakubu Musa, was suspended.

Another factor that will make it harder for Obaseki to win the election in the state is the growing level of unemployment and its resultant effect on insecurity. The people of Edo now lament the rising insecurity, prostitution, internet fraudsters and rituals in the state, a situation they attribute to the governor’s insensitivity to the plight of the people.

Afegbua aptly put it recently in a media engagement when he noted that Edo has become too polarised over avoidable and needless battles. As a solution, he called for a new leadership that will usher in quiet and peace to everyone. The noises from the Obaseki aspiration have become too polluted and cannot be in the best interest of anyone, he said.

Some aggrieved youths of the state had threatened to withdraw their support for Governor Obaseki’s re-election over failure of the Governor to deliver on his promise to them. Their claim is that women and elders of the party who voted for him have been abandoned.

How the Governor hopes to win the people’s confidence in the face of these glaring defects in his administration remains to be seen. The popular view in the state is that Obaseki has not posted significant inspiring performance to merit a re-election in September. 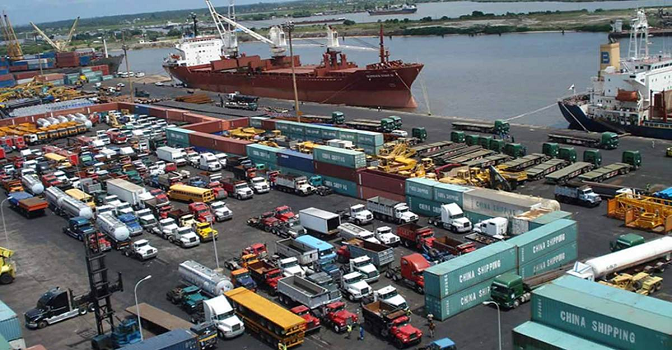