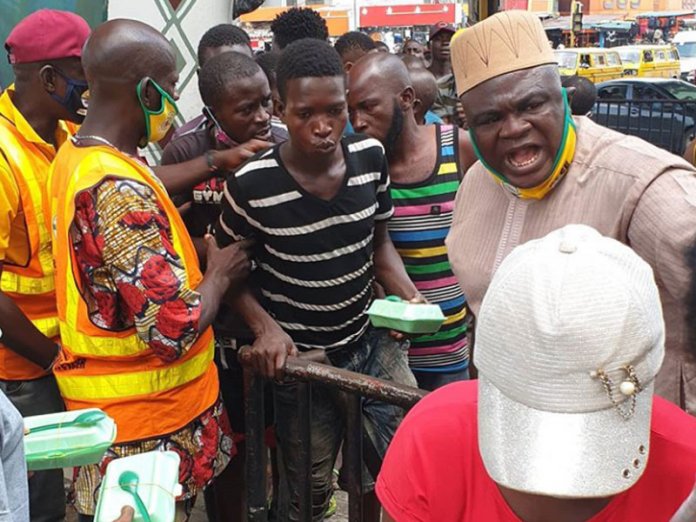 While hunger persists in the nation following the outbreak of covid-19 and the continuous lockdown, a non-governmental organisation, the Candlelight Foundation took to the streets where it fed about 200 hungry, homeless, and less privileged in Ojuelegba, Marshal, and Surulere areas of Lagos state.

Before the lockdown, these set of people trickled into the foundation in Surulere from different parts where they eked out living daily.

According to the Executive Director and Founder, Uzoamaka Okeke, they had since commenced service of patrons by giving the food to the street kids and adults in takeaway parks to avoid gathering at their office.

“Upon resumption, we embarked on outreaches, going to people that are underprivileged and cannot afford a meal in a day. We went to them because we were observing the social and physical distancing of the federal and state governments.”

While noting that one of the most basic need for life is food, Okeke expressed that the foundation recognises that the level of abject poverty is on the increase in the country. “Not just among the lowest of the society but also among the working poor”.

It has, however, postponed the Walk against Hunger observed every May in line with Sustainable Development Goal (SDG) two – zero hunger – to end all forms of hunger and malnutrition.

“We are determined to continue putting food in the plates of the working poor and the less privileged,” the founder noted.