Businessman and politician, Iboro Otu dangles a couple of the contentious issues on the Nigerian and global stage, using a good dose of witticism to drive home his argument

‘Sunlight is the best disinfectant’, I heard. Paul Blanchard, one of the world’s leading PR expert said this to me last week in one of our zoom meetings and it stuck both in context and content. We were discussing the myriads of leadership challenges mitigating Africa’s democratic progress and prosperity, and possible solutions. There’s nothing private about public leadership, it needs sunlight.

Chief Olusegun Obasenjo, Nigeria’s former President, recently announced that Nigeria better get its steps right or risk a fall into chaos and disintegration. Seems the harbinger has come again, what say you? I say he’s been very good at it. After all, repetition is the mother of skill.

As America reels under the firm grip of COVID-19, its citizens are locked out of Europe as a result of America’s mishandling of the epidemic. Cracks are becoming apparent in the transatlantic relationship such that one is forced to ask, is a Sino-European relationship the future? No one would’ve thought in this lifetime, Europe could consider keeping America out and China in, but be that as it may, whether it is a COVID related decision or not, the significance of this European decision wouldn’t be taken lightly by America. And as tectonic movements in global power dynamics shift to the East, both Putin and Xi seem to have consolidated their hold on power. In very consequential moves, both leaders have abrogated peoples freedom and introduced tenure elongation for themselves. Hong Kong is shivering under new laws while St. Petersburg has endorsed new terms for Putin. At the same time, the relationship between Europe and America is floundering, putting at risk their democratic symbolism at a time of great global economic, political and social uncertainty.

International and national events are happening faster than we can analyze and deliver – I bet by the time this get’s to print, something even more newsworthy would’ve happened to take its place. Now one is forced to take a cold hard look at reality in order to read the signs amidst the noise. Where is the world going? What is the future and how can we take advantage of it?

In one freak break dance, the global economy spun on its head and snapped its neck with little likelihood of coming round soon. One thing is certain, the coma will be long and resuscitation a 50/50 chance. Third world countries like Nigeria can’t survive a 50/50 chance; not with our thieving lot. The oxymoronic complicatedness of the situation, according to a 2020 Outlook publication by BlackRock, is such that as the world speeds towards deglobalization and geopolitical fragmentation, joint monetary and fiscal policy revolution is being accelerated at the same time. It’s like meaning is suddenly becoming meaningless. And who is best to steer a nation ship in such situation? Certainly not the crop of leaders we have, if you ask me.

Hushpuppi survived for years in Nigeria, it took social media, FBI and the Dubai police four months only to stitch things up, now I hear EFCC is also looking for him. Meanwhile, Festus Keyamo is battling it with a National Assembly led by his own party people, no Dubai Police, no nothing to come to aid, everybody just dey sidon look. Such irony. Just imagine that petrol refined in the Nigerian black market is cleaner than that imported from Europe, we simply could just legitimize and incentivize the blackmarket operators and voila! Imagine how much that would save us? Over here it seems incentives only go backwards.

Have you seen Apapa seaport environs lately? Take a look at the aerial shots, afterwards you’ll just go inside and cry. Apapa has been that way year-after-year, decade-after-decade in a country inundated with 30+ feet deep oceanic coastlines. NNPC 2020 report on Kaduna refinery is another one. #ThisIsNigeria for you. So many low-hanging cash-cow fruits everywhere, but Instead, to buoy their s(t)inking coffers, our greedy cockeyed politicians have released rafts of tax increments, stamp duty receipts on everything amidst the grinding socio-economic situation, I wonder what’s left to release, the Kraken maybe?

Jokes apart, just when one would’ve thought living standards should have a concession, no, they’re tossing and turning us in different positions like an English omelet; such kinkiness! Living in Nigeria on its own should be a paid profession.

But just like in the days of old, real change always must start from the cross. At some point, our war of words must be matched with sacrifice. Where is our charging calvary? Fighting corruption and in bad leadership in Nigeria is dangerous but at the moment the ingredients are complete and in the right molotov mix. But if you are tired of this “under-under passi- passi, sidey-sidey passi-passi“ snookering, gather here, Festus Keyamo just tossed the ammo, let’s see what you neo-Nigerians can make of it. 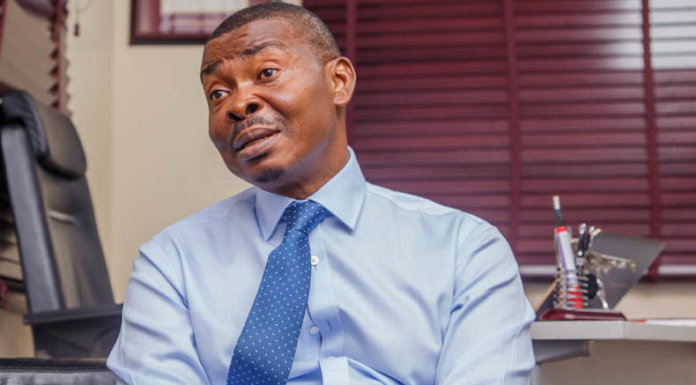