The unions said the management has failed to acknowledge nor show sympathy to the family of the casual worker, Saka Haruna who had lost his life while on active duty.

It would be recalled that the workers have been picketing the company since the management locked them out last Monday due to the planned retrenchment without negotiation.

Speaking to journalists at the ongoing picketing yesterday in front of the company at Sango Ota, President of NUCFRLANMPE, Goke Olatunji, who is also the National Auditor of the Nigeria Labour Congress (NLC) and his counterpart in CANMPSSAN, Segun David vowed that they would ensure justice for the dead worker.

The late Haruna, who hailed from Edo State was reported to have been killed in an accident that occurred at the Sango Ota Tollgate end of Ogun state.

Olatunji said the young casual was among the employees the management had forced to work for 48 hours non stop during the COVID-19 lockdown set by the federal Government.

He said, “He had left the company after getting some stipend, to give N3, 500 to his family so that they can eat during the lockdown. He called the wife to meet him at the Tollgate to give her the money, but he was killed in an accident, he never made it back to work.

“The unfortunate thing is that the management did not send condolences to the family, nor observed a minute silence for the dead worker.”

He stated that the unions do not discriminate between casuals and permanent workers, assuring the embattled workers that the leadership would ensure that the family of the deceased gets what is due to them.

Olatunji lamented that federal government would have to come to the aid of the workers who have been subjected to series of humiliation and anti-labour policies by the chairman of the company, Adetola Adebayo since he bought the company in 2014.

The CANMPSSAN President, Segun David emphasized that as far as the International Labour Organization (ILO) is concerned, the late Haruna died on active duty, adding that for the workers to have been locked up to work for 48 hours at stretch was anti-labour.

He said, “The normal working period is 40 hours in a week, but these workers did it for two days and even after that the management who made over a billion naira profit, and as at January was telling the workers, that they have to go home with half salary. They have sacrificed their annual leaves until next year and work overtime without pay to get full salary. Despite that the management still wants to sack the workers and now employ casuals. The company has been the best in the industry under foreigners and we were happy when a Nigerian bought it, but it has been tales of woes and hell for the workers. We will not allow our members to be maltreated or laid off without due process, hence we will continue to resume here everyday until the management open the gates.”

editor - August 14, 2020 1:32 am
21
By Akin Osuntokun (DIALOGUE WITH NIGERIA) Quite frankly the bad news is not that my good brother and friend, Obadiah Mailafia has been invited by... 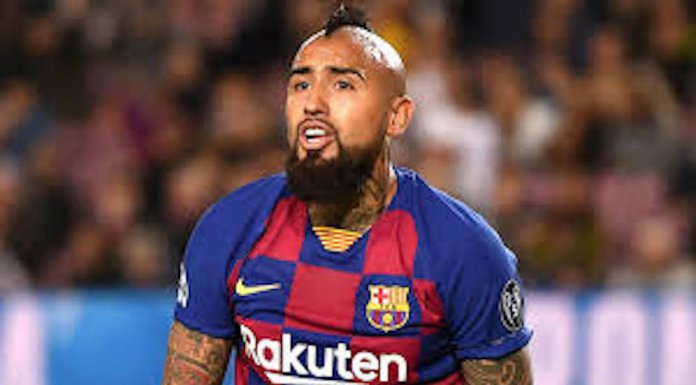 Vidal Tips Barca for S’final in Blockbuster Clash with Bayern

AFN: We Have Not Amended 2017 Constitution