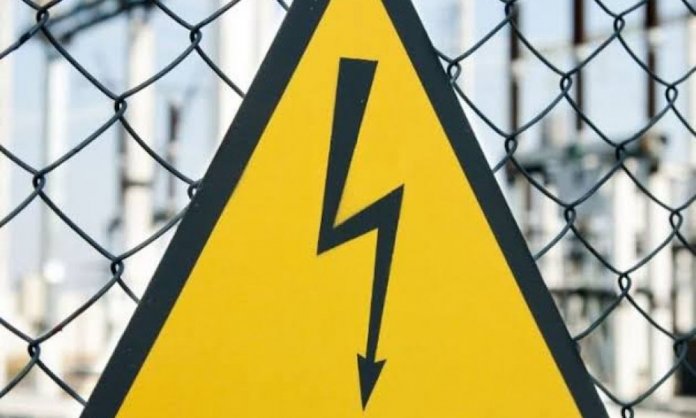 It was a sad end to one Taiwo Akinlusi, popularly known as Sir Tee among his football fans as he was electrocuted on Saturday, when his head mistakenly came in contact with a naked electric wire.

Akinlusi was said to be disembarking the staircase of a plaza where he went to stake in football betting at Ile-Epo Bus-stop in Ejigbo area of Lagos State when his head touched the naked wire.

According to www.bsnsports.com, an eyewitness, Mr. Abiodun Adaranijo explained that, while coming down from the stairs after betting at the plaza, the deceased touched a naked electric wire dangling above his head.

Adaranijo said he (the deceased) ought to have bent his head to avoid the wire but he did not take note of the clumsily dangling wires.

According to Adaranijo, it was not the first time Akinlusi would pass through the staircase and bypass the wire even on that fateful. He was said to be in a hurry to go back home after placing the bet.

The deceased was said to be a footballer playing for Ejigbo All Stars FC.

His corpse was later deposited in the mortuary at the Isolo General Hospital.

The Chairman of Ailegun Community Development Association (CDA), Mr. Bimbo Olawale, who confirmed the incident, said it was unfortunate, stressing that the residents have always be warned to be cautious of their electrical wiring to avoid such incidents.

“We always warn people to be security conscious. We tell them that security include anything that can affect human life such as electricity in terms of wiring.

“The incident was an unfortunate one and we pray not to experience such again but we must always be conscious. The incident has affected the power supply in the community, the supply to the area has to be switched off but we have contacted Ikeja Electric to come and fix it,” he said.