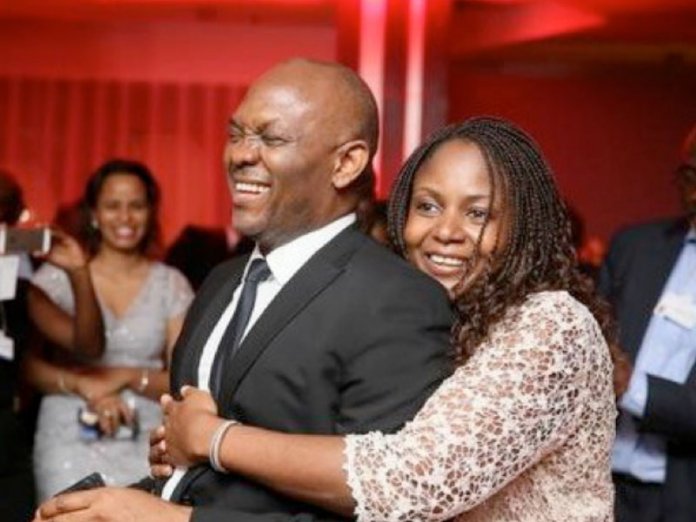 Tony Elumelu may have 99 problems but money is not one of them. As chairman of the United Bank for Africa, one of the continent’s largest financial institutions, money was not the factor when his dear wife, Awele, clocked 50 in June. COVID-19 was.

Had he his way, Tony though an accustomed conservative might have had no choice but to harness his cash, contacts, and connections to show how much he adores the mother of his five daughters and his bulwark of a support system that he never shies away from adulating publicly with a party that would have left many drooling. However, Awele, the CEO of Avon Medical Practice and chairperson of Avon HM, turned 50 at a time when the coronavirus pandemic was having a free run and reign.

The family held a private dinner in their Ikoyi home to commemorate the day.

COVID-19 was also a clog in the wheel of the celebrations that would have trailed the 50th birthday of Linda Edozien, Chuks Iroche and Osa Asemota, three of the most enduring names in the Island social circuit. They were the ultimate rockers in their heyday. Linda is the daughter of one of Nigeria’s most accomplished technocrats and former Economic Adviser to President Shehu Shagari, Prof. Emmanuel Edozien. She was married to Dean Priddy, with whom she had a daughter, India, before the marriage ran its full course and moved on with Tony Anenih Jnr. Despite Esosa, Tony’s wife’s heart-wrenching cries, the new couple have remained inseparable. Tony is the scion of former Minister of Works, the late Chief Anthony Anenih, and a Peoples Democratic Party stalwart known during his lifetime as Mr. Fix It. So, the money to celebrate his new wife’s birthday was not lacking.

On his part, fun-loving businessman, Osa Asemota, one of the trio that owned foremost fun spot, A-Bar, on Victoria Island, could not celebrate what was a landmark birthday. Had he, Lagos would have been shaken to its foundation because Osa has on speed dial the people who make the Lagos social scene tick. And he is quite loaded too. Osa is the son of the wealthy auto magnate, Chief Sunny Asemota, the Chairman of Sunny Motors and Omoregie Motors, whose indelible footprints in Nigeria’s auto business have remained a reference point for many decades. When A-bar became defunct, the three partners went their separate ways and Osa delved into communications business where he is doing well.

The same fate befell Chuks Iroche, owner of Traffic Bar in Ikoyi and Abuja, which is the go-to place for top politicians and businessmen who desire a cosy place to chill and network. The Traffic Bar and Restaurant offers and facilitates a sumptuous entertainment experience for its esteemed customer base by efficiently serving world-class food varieties in an atmosphere that is contemporary and conducive. Since its coming a few years ago, Chuks has become the darling of the Island in-crowd and would have had a 50th birthday celebration to remember but for the pandemic.

Last May, colourful Publisher of Ovation International Magazine, Chief Dele Momodu, clocked 60. Hands down one of Nigeria’s most connected men, those who know the renowned journalist know that by his antecedents, his 60th birthday would have been ‘Loud for a Purpose’. The plan was to have three parties in different corners of the world. But nothing of such happened as Bob Dee as he is popularly known had to resort to a Zoom Party. It was no less a disappointment for Lord Mayor Akinpelu, publisher of Global Excellence magazine, who could also not gather friends and associates for his 60th birthday party in April. Like Bob Dee, Lord Mayor had planned to celebrate the milestone age with a jaw-dropping party.

Also in the class of 60th birthday celebrations that never happened are those of Ayo Subair, Executive Chairman of the Lagos Inland Revenue Service; and Elder Ekeoma E. Ekeoma, Chairman of NEPAL Oil & Gas. Elder Ekeoma, a business mogul and philanthropist, marked his birthday as he had always done without any noise.