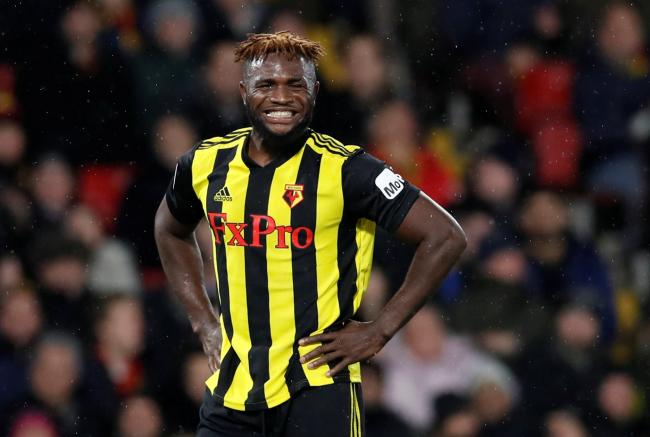 Nigeria international Isaac Success will play no part for Watford when they travel to Stamford Bridge to take on Chelsea in the Premier League today.

The former Golden Eaglets star is still recovering from an Achilles injury that kept him out of the games against Leicester City, Burnley and Southampton.

Success had previously missed 24 English top-flight games this season due to fitness issues and manager’s choice.

Delivering a fitness update, Watford’s official website stated: “Only Gerard Deulofeu (cruciate ligament), Daryl Janmaat (knee) and Isaac Success (Achilles) will be unavailable for the trip to Stamford Bridge, with the rest of the squad all back in full training.”

There could still be Nigerian involvement in the matchday 33 fixture as Nigeria U23 international Tom Dele-Bashiru was spotted training with the first team this week.

The Manchester City Academy product is still waiting to make his Premier League debut, with his three appearances for the Vicarage Road Stadium outfit coming in Cup competitions.

Watford have only point from a possible nine since the season restarted and occupy 17th position in the table with 28 points.