The man’s contradictory and controversial statements, especially with due regard to his revered position as a Witness for Christ, are increasingly sounding like the Tower of Babel: discordant, cacophonous, confusing and confused!

Secondly, I believe that any realistic and responsible assessments of the latest dives into public policy and civil rights issues by Pastor Chris Oyakhilome of Christ Embassy Church are troubling. That is, putting it politely.

Third, it is as clear as the Texas sky that, unwittingly but sadly, I think the man is bent on establishing residence in the makeshift city of hypocrisy and lies; the city where discredited right-wing fiction and fabulistic nonsense are spread; and flourish….
Here’s the latest, toxic example — from only three days ago, last weekend of June 2020.

To the stinging amazement of the long-suffering and discriminated against Blacks, Pastor Oyakhilome falsely claimed the current worldwide protests against the killing of George Floyd by police officers in the U.S. “It’s not about the guy that died; it’s not about ‘Black Lives Matter’, It’s part of the game. They want to come in with the alternative method for security – total control with microchips. That’s what it’s about…. Look at the people rampaging on the streets – they are not black people… It is not about racism…. Wearing face masks is dangerous for your health. How can we know this and prescribe it? I have told you of the dangers of social distancing. It’s inhuman… There is no science behind it.”

Fourth, to be sure, permit me to repeat the obvious: it’s all about 400 years of Racism! And Police killing Black boys as if they are children of a lesser God!!
Hence, the Pastor, like many others in Nigeria, speak in Trumpian convoluted and misguided distortion of the historical mission and civil rights trans-generational achievements of the Black Lives Matter movement.

Fifth, contrary to Pastor Chris’ claims,  The Black Lives Matter movement cannot be said to be fighting for the implanting of chips RFDs into human bodies so that the security agencies can monitor the movement of every person or group of people.
It would have been funny were it not so revealing and serious. The fact is the Black Lives Matter movement is fighting and protesting against such Police State monitoring!!

No amount of spin can alter the fact that the Black Lives Matter movement created a juggernaut across multi-racial groups in the United States and around the world; more than any other person has done and more than any organization has shown the capacity!.

Sixth, the Nigerian-born religionist and businessman, born December 7, 1963, became globally notorious for arguing and preaching that Coronavirus and related viruses (biological) were generated from the telephony towers of ultra-fast devices (wireless) radiation. I think it’s the maddening equivalence of yelling at the village square that your radio caused you diabetes!

With neither science nor the Bible offering him any validation of his first, major conspiracy theories, released via his April 5, 2020 video, Oyakhilome piously but misleadingly claimed 5G was the effort of unnamed “powerful forces” to build a “new world order”. and to “create the Antichrist and go after the church of Jesus Christ.”

Seventh, without mincing words, increasingly and before our own eyes, we have witnessed and continue to see the sad spectacle of what I will call a pastoral self immolation! But I ask: who from his circle of close friends or within the congregation can muster the courage to tell the telegenic and gifted speaker the honest truth?

Eight, as a student of power, social communications and political economy, it is my position that you should not fund the preachers and politicos who sing songs of anti-science and  ideological backwardness . Those; singers of swine gospels of deceit and minimization of our people and our heritage. Mindlessly, they parrot the toxic agenda of white supremacists moonshine!

Finally, I am sure you’re asking the same question that I’m wondering: Why would any Nigerian or African Pentecostal, Anglican, Catholic priest, rabbi or imam  champion messages of lies against   the 21st century’s progressive anti-racism network and  vanguard for the freedom and dignity and respect for persons of African heritage?

*Dr. Chido Nwangwu who appears as an analyst on CNN and SKYnews serves as Founder & Publisher of the first African-owned, U.S-based newspaper on the internet, USAfricaonline.com, and established USAfrica in 1992 in Houston. He is the author of the November 2020 book, MLK, Mandela & Achebe: Power, Leadership and Identity. @Chidö247
June 30, 2020 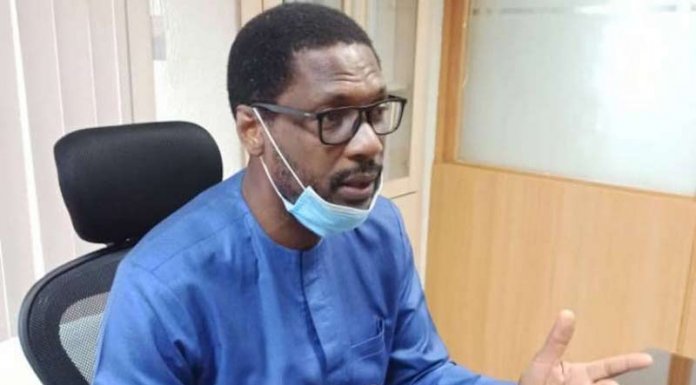