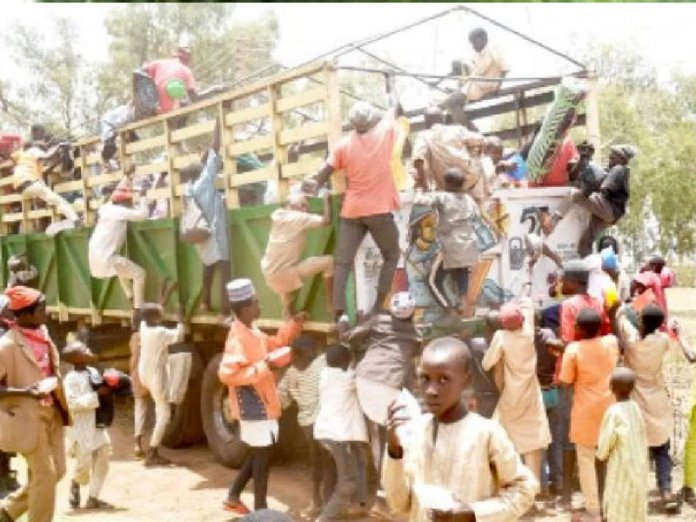 Niger State Government has repatriated 12 foreign and 782 local Almajirai to their countries and states respectively.

The 12 Almajirai were sent to Benin and Niger Republics while the 782 others were repatriated to different states in Nigeria.

However, the government is still keeping two of the Almajirai whose states or nationalities are still unknown.

The state Commissioner for Education, Hajia Hanatu Salihu, who disclosed this to journalists at the end of the state executive council meeting held in Minna last Wednesday, said the repatriated Almajirai were screened for COVID-19, but did not say how many of them tested positive or negative.

According to Salihu, the state also received 139 Almajirai from different parts of the country, adding that all the street children were “camped, fed and clothed at the Minna Hajj camp.”

She disclosed that the state government approved N86million for the “upkeep of the Almajirai.”

Salihu further disclosed that the state government had not decided when to reopen schools shut as a result of the coronavirus pandemic, adding that “we are holding meetings with stakeholders on the best approach to the issue.

“We are working out modalities on how to reopen our schools that it would be safe for the teachers and students.”

While also briefing journalists, the state Attorney General and Commissioner for Justice, Nasara Dan-malam, disclosed that an executive bill on the establishment of a Traffic Management Agency for the state would soon be presented to the state House of Assembly for passage into law.

Dan-mallam said the Agency would be charged with the responsibility of prosecuting traffic offenders, adding that in the long run, they could be merged with the state Vehicle Inspection Officers (VIOs).