The Federal Ministry of Youth and Sports Development has declared that the ruling by an Abuja Federal High Court on the Athletics Federation of Nigeria (AFN) does not translate to returning impeached Ibrahim Shehu Gusau back to office as president of the federation.

Justice A.I Chikere had ruled yesterday morning that only the President of the AFN had the powers to call a Congress and appoint a Technical Director, thereby declaring the Congress that suspended Gusau from office as nullity.

But in a press statement signed by the Director, Legal Services of the ministry, Danjuma A. Muhammad, the judgement by Justice A.I. Chikere asked all parties to maintain status quo ante.

“The judgment given by Justice Chikere this (Wednesday) morning is a declaratory Judgment and the Ministry has a right of appeal within 90 days.

“Though the Judgment demonstrates Gusau’s declaration of autonomy of AFN, independent of government is a non-issue.

“This civil matter has nothing to do with all the criminal allegations against Gusau before the various investigating agencies,” observed the statement.

The Ministry’s legal director stressed that the FMY&SD will explore it’s rights of appeal within the statutory period allowed for appeal.

“The implication for appeal since this is a declaratory Judgment is that parties will maintain status quo ante.

After he was suspended from office as AFN President, Gusau had approached the Federal High Court in Abuja seating in Jabi asking for a restraining order on the ministry.

But the motion for the restraining order was outrightly rejected by Justice Oti Agabaza and declined to entertain the matter.

Rather, the court adjourned until March 4, 2020 when the preliminary objection raised by the Ministry would be heard. The coronavirus pandemic pushed the case forward till yesterday.

Aggrieved AFN board members had at the federation’s General Congress forced Gusau to step aside while George was appointed in acting capacity as president upon conclusion of investigation of sundry allegations on the running of the federation.

Gusau’s fate was later sealed by a panel of the Nigeria Olympic Committee (NOC), which ruled his declaration of autonomy for the AFN from the Federal Ministry of Youth and Sports Development to be out of order and impossible because the ministry is the supervisory authority for National Sport Federations in the country. 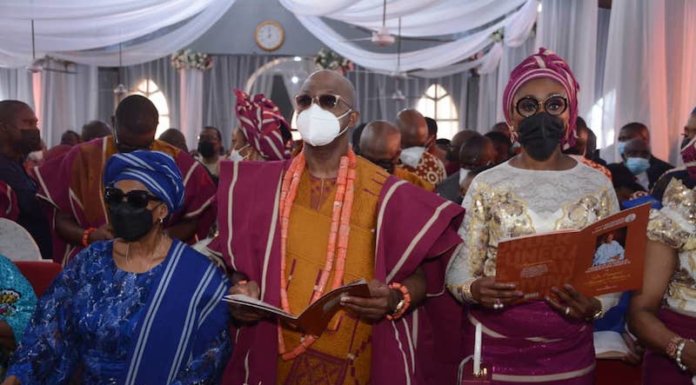