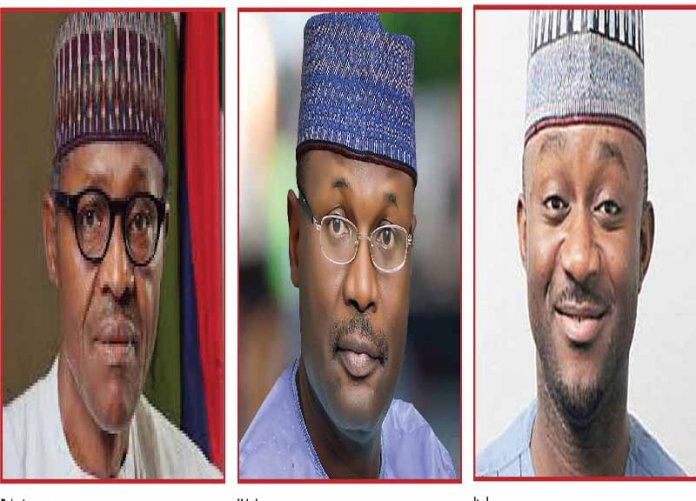 Chuks Okocha takes a look at the recommendations for electoral reforms as proposed by Yiaga Africa, a foremost civil society group.

Worried by endless cases of electoral irregularities within every election in the country, coalitions of civil society groups have commenced a series of townhall meetings to bring to the front burner issues that tend to cast aspersions on conduct of elections in Nigeria.

The town hall meetting is being put together by Yiaga Africa in conjunction with coalition of other civil society group.

Others involved in the planning of the town hall meeting are the Westminster Foundation, National Institute for Policy and Strategic Studies (NIPSS), BBC Media Action, Institute of Media and Society (IMS) and Premium Times Centre for Investigative Journalism (PTCIJ).

The planners have listed areas of expected electoral reforms before the next general elections and other scheduled elections. The reforms will involve the three arms of government to wit” The Executive, National Assembly, INEC and other stakeholders, like the civil society groups

In a copy of the recommendations made available to THISDAY, YIAGA Africa is urging the National Assembly to accelerate the consideration of the electoral amendment bills and ensure their quick passage before the end of 2020. The groups also called upon the National Assembly to consolidate and harmonize all electoral amendments into a Repeal and Re-enactment Electoral bill.

The two arms of the National Assembly have been asked to set a December 2020 as a definite timeline for concluding all reforms to the electoral legal framework, while urging it to consider the following key electoral reform priorities:

*Review timelines to allow the conduct of early primaries, campaigns and submission of list of candidates as well as prescribe limits to fees, charges, and dues imposed by political parties on aspirants

*The provision of legal grounds for the rejection of list of candidates submitted by parties to INEC as well as conditions for cancellation of elections;
*Review the duality of jurisdiction between Election Petition Tribunals and regular courts, and harmonize timelines for the determination of pre-election matters so pre-election disputes can be resolved well before the date of elections;

*Subject declarations and returns made by Returning Officers under duress or controversial circumstances to further review by the Commission;

*Political inclusion of women, youth and persons with disability in the electoral process

YIAGA Africa and it’s associate called upon the executive arm to, as a matter of urgency, leverage the harmonious working relationship with the National Assembly to ensure expeditious passage/assent of electoral amendment bills currently being considered by the National Assembly.

Accordingly, they said, “The President should demonstrate intolerance for electoral impunity by directing the Attorney General of the Federation and Inspector General of Police to investigate and prosecute all suspects involved in all forms of criminality and violence. This should include an executive order preventing the Attorney General from entering nolle prosequi in the prosecution of electoral offences”.

On the Independent National Electoral Commission (INEC), the civil society groups said that a comprehensive audit of the Bayelsa and Kogi governorship elections is required given the high level of critical incidents and malpractice.

They said that findings of the audit must be shared with the public and sanctions met on culpable INEC officials.

The CSOs said that given the sensitive nature of elections, INEC should ensure clarity in its regulations and guidelines, explaining that ambiguity in electoral guidelines creates room for manipulation and fraud.

They called Commission to maintain consistency in its decisions and uphold the values of integrity, neutrality and accountability in the management of future elections, while polling unit level results of elections should be posted online to facilitate public access to election results.

On the security of elections, YIAGA Africa called on the INEC’s Inter-Agency Consultative Committee on Election Security (ICCES) to audit the performance of the security officers in previous elections, particularly in areas where elections were disrupted by violence.

In addition, ICCES said that INEC should investigate the allegations that some police officers refused to deploy to polling units thereby giving political thugs and those in fake security uniforms an unobstructed path to disrupt the electoral process.

According to the recommendations, YIAGA, “For credible elections, security agencies must remain impartial, neutral and professional in the management of election security. Loyalty must be to the Constitution not individuals”.

On the side of political parties, the CSOs called for the building of national consensus on priority issues for electoral reforms through an inclusive and collaborative process

It said, “Political parties should ensure a transparent and democratic candidate nomination process and allow independent observation of the process. Parties must comply with their own internal guidelines and electoral laws in nomination of candidates.

“Political parties should remove members who undermine elections and promote violence through sanctions and withdrawal of membership”.

On the side of the CSOs and Citizens, YIAGA Africa called for massive citizens mobilization to advocate and promote electoral reforms at the local, state and natioonal level as well as hold the executive and legislature to account for their commitment on electoral reform

They urged the CSOs not despair or deter from their mandate of civic engagement despite the attacks and fatalities suffered during the elections in Kogi and Bayelsa, urging them remain resilient in providing oversight of the electoral process and voter education.

According to YIAGA Africa. “For democracy to thrive, citizens must remain committed and strive continuously to defend it despite the challenges. Not participating in the electoral process creates greater opportunities for poor governance to thrive and accountability to fail”.

The Yiaga Africa, Executive Director Samson Itodo explained why the grip decided to embark on the electoral reforms. He said that politicians are more interested in power than democracy. According to him “Democratic institutions and processes are the only means to access and sustain this power. They are respected, followed and supported only for this purpose, and are easily eschewed when they become obstacles to politicians’ political and economic interests”.
In this regard Itodo, said that electoral integrity is not relevant if electoral outcomes enjoy popular support, staring that once the outcome of an election is believed to enjoy popular support from the public, the integrity or credibility of the process is inconsequential, regardless of the degree of electoral fraud and manipulation.

Another issue of attention in the electoral reforms is security. The agenda of the town hall meeting will address such issues because Nigeria’s ineffective architecture for managing election security is deliberate because it serves the interest of incumbents at the state or national levels. The loyalty of security officials is to political leadership and not the Constitution.

Yiaga bekieves that the power vested in INEC to determine the deployment of security agencies during election is impracticable because the primary structure and lines of control in security agencies like the police and military are already domiciled in the Constitution or other laws.
The group believes that the current timeline for the determination of pre-election matters negatively impacts election management and has broader implications for political stability. Further review of the electoral legal framework is required to establish new timelines such that pre-election matters are resolved early enough before elections to negate any negative impacts on election management.
For improved quality of elections, inter-agency collaboration is non-negotiable. Due to their complex and intertwined nature, elections require vast logistical support from diverse state and non-state actors to be successful.

Yiaga Africa Believe that the electoral commission is complicit in undermining electoral integrity through weak oversight on key field operations and commercialization of electoral services like selling of PVCs and INEC observer accreditation tags to politicians.

Yiaga Africa argued that electoral reform is an important element of political reform. Improvements to electoral processes and management cannot be made in a vacuum and must occur alongside reforms in other areas of Nigeria’s political system, as they are interrelated and comprehensive reforms are critical to guarantee quality elections. Electoral reforms should be connected to the federal system, reform in security governance and architecture, public service reform, economic reform and judicial reform..