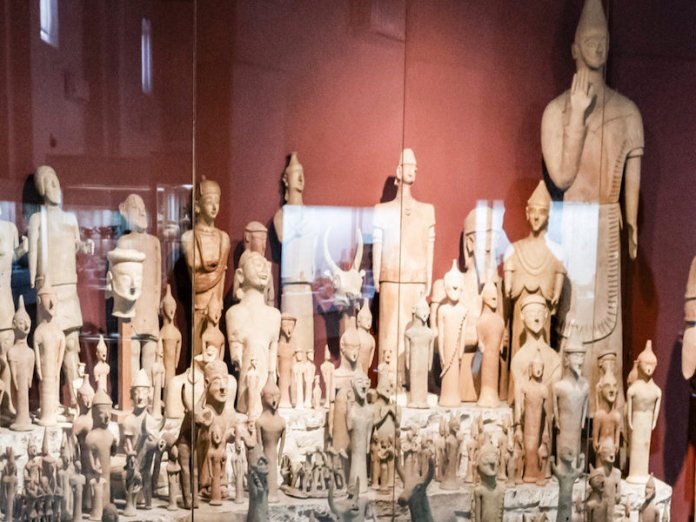 Despite protest from the federal government, auction house, Christie’s, has sold artefacts allegedly stolen from Nigeria, insisting that the transaction was lawful given that the objects were sold at past auctions.

Al Jazeera reported that Christie’s has gone ahead with the sale of statues that the Nigerian museum officials said were stolen during the country’s civil war in the 1960s.

Nigeria’s National Commission for Museums and Monuments had demanded Christie’s stop the sale of the artefacts, which were collected by an art dealer and adviser of the late French President Jacques Chirac.

The three pieces from Nigeria were among a number of “African masterpieces” that Christie’s said came from an “important European private collection” they declined to name.

However, the head of the National Museum in Benin City, Mr. Christopher Umogbai, had said the objects were stolen during the Biafran war that raged in the late 1960s and appealed to Christie’s “and other auction houses to halt the process immediately.”

“They have to repatriate such works and pay compensation to us in the interest of natural justice,” Umogbai said.
A Princeton scholar, Chika Okeke-Agulu, who also raised the alarm earlier this month that the objects were looted, said the pieces are “an important part of Nigeria’s art and cultural heritage.”

“Nations and societies value the examples of the great art and cultures of their ancestors.
“So to have this set of objects that were stolen from eastern Nigeria during the civil war up for sale when we should be discussing the terms of their return because they were illegally taken out of Nigeria, that’s why I started the call for repatriation,” he told Al Jazeera.

Okeke-Agulu said the objects were taken through “an act of violence” and should not be sold. An online petition with the hashtags #BlackArtsMatter and #MyHeritageMatters collected more than 3,000 signatures demanding the auction be halted.
But Christie’s has refused to stop the sale, saying the objects had been previously sold at a major international art fair.

In a statement to the Associated Press news agency, the auction house said: “These objects are being lawfully sold having been publicly exhibited and previously sold over the last decades prior to Christie’s involvement.”

While Christie’s said it recognised the “nuanced and complex debates around cultural property,” it said public sales of objects like these should go ahead to stop the black market flourishing.
It said there was “verifiable documented provenance” that the objects were taken out of Nigeria before 2000, as the law required.

Christie’s said the objects were most likely traded by local agents before being sold to Jacques Kerchache, the French art dealer, in Cameroon or in Paris.
“We believe that this type of statue would not have been sold without the agreement of local chiefs/leaders,” it stated.

But Mallam Abdu Aliyu of Nigeria’s Museums Commission said they were convinced the objects were taken illegally.
“For years, we have clamoured for the repatriation of these works to no avail. We have been negotiating through dialogue and diplomacy to have these works brought back to their original owners.

“We have written a letter of protest to Christie’s… and are going to engage Christie’s and museums in the UK, Germany and other nations where our artefacts had been allegedly taken,” he told AFP news agency.

The repatriation of artworks and religious objects looted by European powers during the colonial era has become a political hot potato, with several African and Asian nations demanding the return of treasures.

French President Emmanuel Macron caused an earthquake in the museum world in 2019 by ordering the return of 26 treasures to Benin, which borders Nigeria.
A report, he commissioned, also recommended the return of objects removed without consent during the colonial period if their countries of origin asked for them.