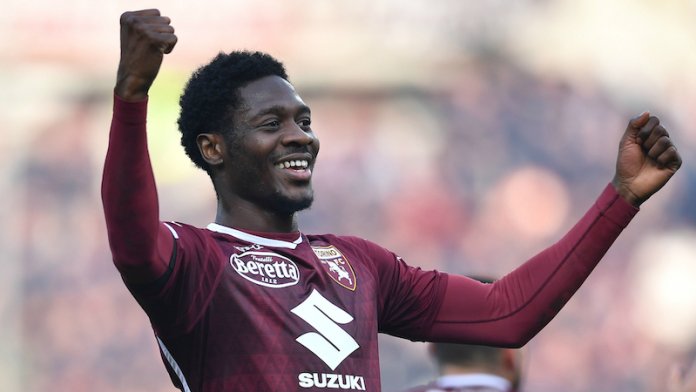 Everton and West Ham United are set to be on alert, with Torino now willing to cash in on full-back Super Eagles defender, Ola Aina.

The former Chelsea star has established himself at the Italian Serie A club after Torino splashed out €10m to sign him permanently from the Blues following a successful loan.

According to insidefutbolOla Aina has been linked with a move away from Torino, with Carlo Ancelotti’s Everton and David Moyes’ West Ham reported to be interested in the versatile defender who can fit into anywhere in the back four. His penchant for joining attack appears an added edge for the Nigeria player.

Now Torino have decided that they will listen to offers for Aina in the next transfer window, according to Italian outlet Calciomercato.com.

The Italian side have been unimpressed by what they feel has been inconsistency shown by Aina in Serie A this season.

They are willing to consider offers to sell him, but will not accept a loss on the €10m they paid to sign him from Chelsea.
Aina has made 23 appearances for Torino in Serie A this season, picking up six yellow cards in the process.

The 23-year-old provided an assist for his side in their 4-2 loss against Cagliari in Serie A on Saturday.
Torino sit in 13th place in Serie A, six points above the drop zone with ten games left to play.