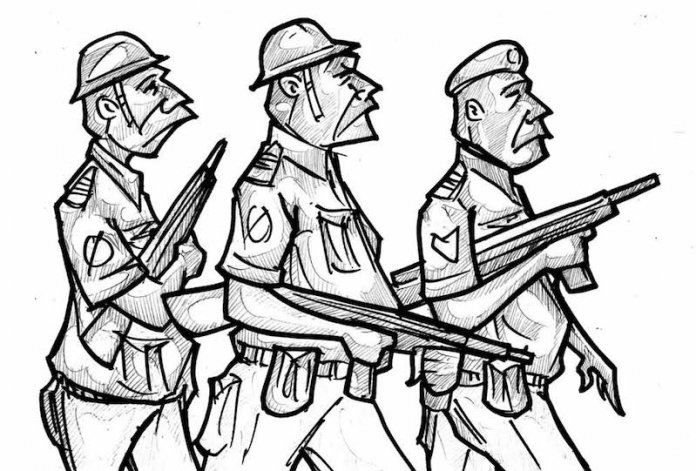 The security chiefs have outlived their usefulness

Apparently bowing to public pressure about the near total breakdown of security across the nation, President Muhammadu Buhari recently summoned his service chiefs, for the umpteenth time, to express his disappointment with their efforts. He reportedly told them their best was not good enough. But pertinent questions remain: Is there any timeline for the generals to perform or be booted out? Or will they be retained till 2023 in spite of deteriorating security situation?

While the president seemed undecided on what to do with the service chiefs, the security situation across the country is alarming. The last few months were exceptional. The Northeastern states of Borno, Yobe and Adamawa have been susceptible to frequent attacks by the Boko Haram insurgents and their more vicious variant, Islamic State West Africa Province (ISWAP). In this month alone, violence had risen precipitously, as more than 100 attacks had reportedly been launched on communities and military posts by the insurgents. But many of the attacks were not reported, perhaps because of the prominence Covid-19 pandemic has imposed on all. Some local governments reportedly had fallen back into the hands of the vicious sect. While the insurgents are on the rampage in the Northeast, bandits, kidnappers, cattle rustlers and all manner of criminals are holding the Northwest and other parts of the country by the jugular.

Only last Saturday, nine Nigerian soldiers on escort mission to Damboa, some 85 kilometres south of Maiduguri in Borno State, were killed when their truck ran into an ambush by suspected Boko Haram insurgents. While the attack seemed aimed at the military perhaps because of the truck and ammunition, the one on Faduma Koloram in Gubio local council in same Borno State a week earlier was horrendous. Suspected militants descended on the rustic town in broad daylight and killed 69 innocent civilians, causing many of the survivors to flee.

Such untold and frequent mayhem undermine popular support for leaders. Many northerners who initially warmed up to the president are becoming increasingly disconcerted. Indeed, the Arewa Consultative Forum (ACF) as well as Northern Elders Forum (NEF) have accused President Muhammadu Buhari and Northern governors of having completely lost control of their constitutional responsibility of protecting lives and property. Convener of the NEF, Professor Ango Abdullahi said, “Bandits and insurgents appear to sense a huge vacuum in political will and capacity which they exploit with disastrous consequences on communities and individuals.”

But it is still not clear how the president intends to tackle the security crisis that is evidently going out of hands. If there is any inference from the visit of the Senate President Ahmad Lawan to the seat of power last week, it is that the service chiefs will still keep their jobs, in spite of their woeful performance. In very clear terms, Lawan canvassed for the retention of the service chiefs but with increased resources to fight the insurgency. But the questions remain: for how long? What does a commander-in -chief do to non-performing subordinates?

We agree with Lawan, up to a point. If we must pour more resources, it should be to another team of military leaders, not to an incompetent team that had failed again and again. Many believe the present security top brass have reached the peak of effectiveness and the right thing at this moment is to ease them out. We buy into that argument. The generals are tired and incapable of leading the war against the insurgents. They cannot inspire followership. They are being retained, perhaps against their will. They are all beyond their retirement age. They, like the president said, had done their best. But their best is not good enough. We cannot afford to retain a losing team.