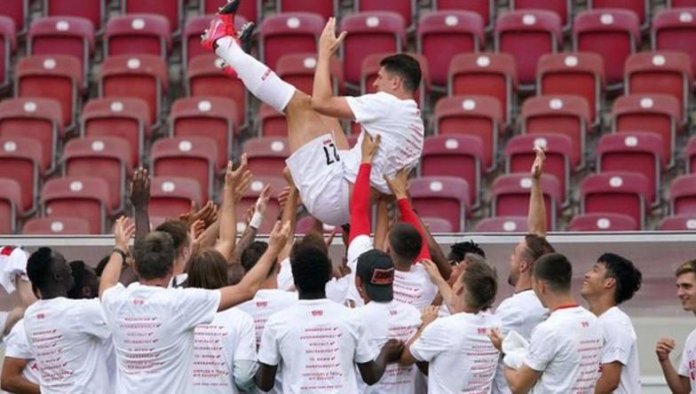 Former Germany striker Mario Gomez has retired from football at the age of 34 after helping his first club Stuttgart win promotion back to the Bundesliga.

He got his side’s only goal in a 3-1 defeat by Darmstadt 98 that still left Stuttgart in the second promotion spot.

The five-time German champions finished behind Arminia Bielefeld to return to the top flight after one season away.

“It was my last mission for VfB,” said Gomez. “I always dreamed of finishing my career here.”

Gomez, who won 78 caps for Germany before retiring from internationals two years ago, started his club career at Stuttgart, winning the Bundesliga in 2006-07, before moving to Bayern Munich, where he won the Bundesliga twice more and the Champions League once.

Spells with Fiorentina, Wolfsburg and Besiktas followed before he returned to Stuttgart in 2017-18.