The National Working Committee (NWC) of the All Progressives Congress (APC) has said that it would not honour the invitation to attend what its called the ‘illegal’ and ‘unconstitutional’ National Executive Committee (NEC) convened by Chief Victor Giadom who is laying claim to the national chaitmanship of the party.

Mr. Hilliad Eta, National Vice Chairman South-south, who had been asked to act as the national chairman of the party by the NWC following the illness of the Deputy National Chairman, Mr Abiola Ajimobi, who stepped in as chairman after the Court of Appeal upheld the suspension of Adams Oshimhole, disclosed this in a statement made available to journalists after an emergency meeting of the NWC on Wednesday.

President Muhammadu Buhari had Wednesday in a statement by his spokesman Garba Shehu thrown his weight behind Giadom as the acting national chairman of the party and announced hiis decision to attend Thursday’s NEC meeting convened by Giadom.

Eta said that he believed that President Buhari was offered wrong advice or blackmailed into lending his weighty office to the illegality of the NEC meeting.

He stated: “We wish to unequivocally state that members of the National Working Committee (NWC) believe that the President was offered wrong advice or blackmailed into lending his weighty office to the illegality of the National Executive Committee meeting purportedly convened by one Victor Giadom on 25th June, 2020.

“We hereby respectfully implore Mr. President to kindly avail himself with facts of the matter regarding the impasse presently experienced by the Party so as to guide him in his assessment of the matter because we are sure that the President if properly advised, would come to the conclusion that the meeting convened by Chief Victor Giadom borders on illegality and criminality.

“The National Working Committee (NWC) regrets to turn down the invitation to the illegal and unconstitutional National Executive Committee (NEC) convened by Chief Victor Giadom.”

Eta noted that the NWC believed that attending such a meeting would amount to embracing illegalities and turning a blind eye to the infractions on the Constitution of the party.

editor - June 24, 2021 1:52 am
10
By Olusegun Adeniyi As I have often argued on this page, the connecting thread for the variants of violence we are witnessing across Nigeria is... 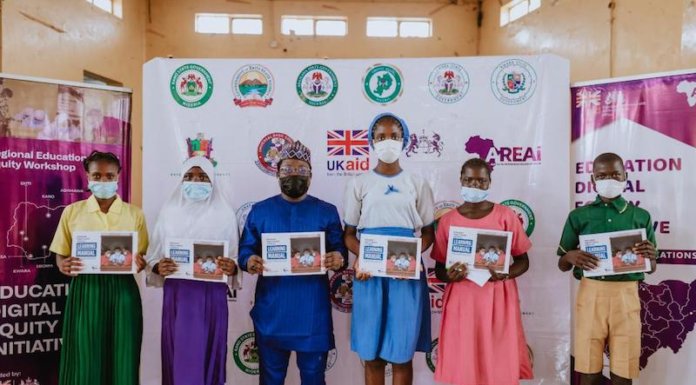