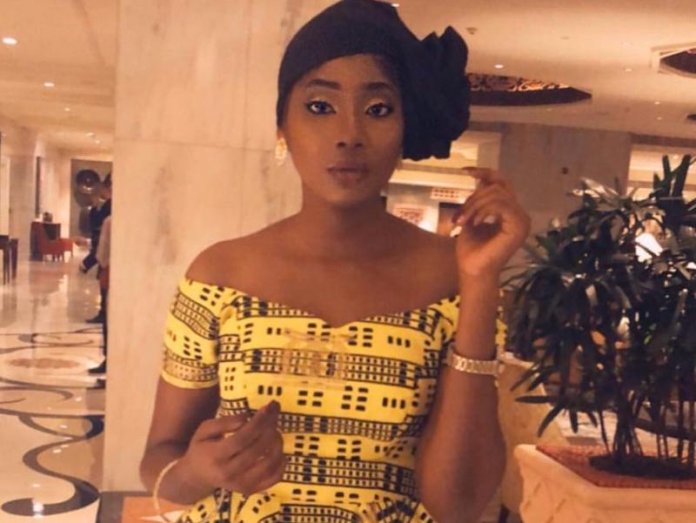 Adekemi Kareem grew up in an era where taking pictures were not as spontaneous as it is today. There were no selfies and photos taken then were stored in albums, usually tagged ‘family albums’ as pictures of members of families are stored there.

But times have changed and photos as Kareem knew it back then have become more digitized. Nowadays, captured moments are kept in phones and computers while the hard copies are framed. But the process of hanging frames on the walls can be challenging sometimes.

Kareem recalled that during her National Youth Service Corps (NYSC) days that her landlord was very strict about creating holes on the walls. This meant no hanging of picture frames on the wall. The restriction didn’t augur well with Kareem.

“There was no way to beautify the walls as most adornments require nails. I realised a lot of people have this issue,” she disclosed in a chat.

To combat this challenge, Kareem developed a concept, Stickypics, that will help people hang their pictures on the wall without fear of drawing the ire of their landlords.

“That experience was part of the reasons I developed Stickypics. However, the main reason is the need to put up photos on the wall in a convenient manner. Stickypics is not just about sticking your frames to the wall but also about making the whole process easy and convenient,” she explained.

Stickypics come in 8×8 inches picture frames that stick to your wall. All one has to do is visit the company’s website and upload pictures from any device.

“We will get them framed and deliver to your doorstep. Delivery is free. Most people have hundreds, even thousands of pictures on their phones. It’s almost certain that some special ones need to be framed. That’s where Stickypics comes in. So it’s not just professional pictures that can be framed, personal images can also be framed,” she said.

It was in 2019 that the graduate of International Relations and Diplomacy set up shop in Abuja, catering to her customers from different parts of the country. It has also created a sister company MyLuxuryPrints for customers that are interested in making larger and more luxurious frame designs and sizes which will have to be hung.

While her innovative idea was welcomed, her major challenge was getting people to patronise her. It took a while but nowadays, all manner of pictures from birthday to wedding photos are uploaded on the website.

“In all honesty, we’ve had amazing reviews. From ease of use of the website i.e the process of placing an order, to the high picture quality and even the packaging,” she enthused.

Though her study focused on diplomacy, Kareem’s work lies in project management, administration and agriculture.

“It’s really not easy trying to balance both, but I have a dependable staff helping with the business so I try to delegate tasks,” she stated.