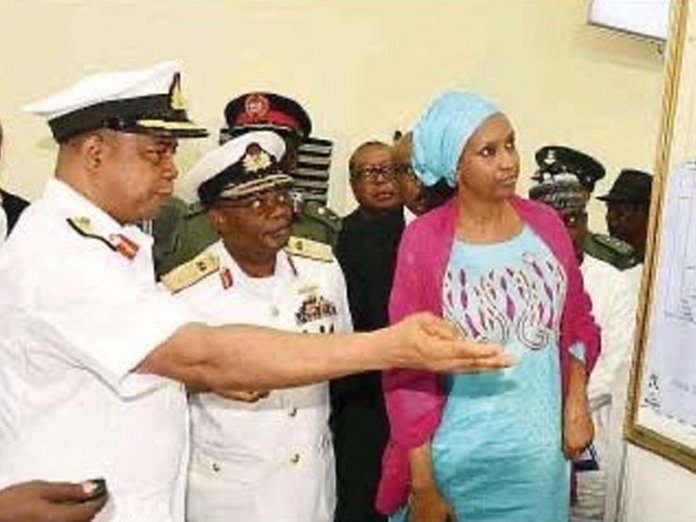 It’s known fact that over 90 per cent of the world’s trade is conducted by the sea, and this is, by far, the most cost-effective way to move large quantity of goods and raw materials around the world.

Thus, it would be safe to say that world economies have been hugely dependent on various maritime activities. Daily, about 180,000 vessels take to sea, 30 million tons of goods are ferried across the world; ports are built, coastal infrastructure are developed, coasts are defended, marine environmental plans are implemented. Also, cables carrying data run the length and breadth of the earth, enabling more than 3.7 billion humans use the internet daily.

One of the unseen forces that makes these possible is a hydrographer. Without the services of hydrographers, who provide charts and other nautical publications, voyages through the sea would have become a nightmare to captains of ships, who need to move goods and services from one part of the world to the order in a safe and economical way.

Thus, it’s only pertinent that a day is dedicated in a year to celebrate these crop of people. Known as the World Hydrography Day (WHD), it’s marked every June 21 and was adopted by the International Hydrographic Organisation as an annual celebration to publicise the work of hydrographers and the importance of hydrography.

In essence, the WHD presents an opportunity to increase public awareness on the vital role that hydrography plays in the socio-economic development of littoral nations.

Usually, the day is marked with lectures and seminars but due to the COVID-19 pandemic, this year, the day was marked online with a release by the President, Nigerian Hydrographic Society (NHS) Rear Admiral Emeka Okafor.

This year’s WHD was themed “Hydrography – enabling autonomous technologies” and for Rear Admiral Okafor, who also doubles as the Hydrographer of the Nigerian Navy, hydrography is a force multiplier to human survival and sustainability.

Speaking on ”Hydrography and Technology- A Veritable Partnership Towards the Sustenance of the World Oceans”, he said as the world grapples with COVID-19 pandemic, and tries to curb its spread through physical distancing, the need for use of newer technology in the field of hydrography arises now more than ever, in order to achieve maximum results, while at the same time reducing the risk of transmission between persons.

He said this is why the theme for this year’s WHD celebration could not have been more apt, adding that “from the era of depth acquisition using lead and lines, to more recent technology of multibeam echosounders, the evolution and advancement in the science of hydrography have been rapid and decisive.

“From the use of hydrography, primarily as a tool to ensure safety of navigation for marine transport; the increasing need for sustainable use of the ocean for economic growth has further expanded hydrographic applications to offshore wind farming, coastal zone management, as well as, offshore exploration and exploitation of mineral resources”.

In the light of the current pandemic, he noted that NOAA’s OCS is deploying unmanned survey launches and survey vessels to work in the most treacherous weather and ocean conditions, with their survey crew members operating remotely.

Vital Role of the Navy

Over the years, the Nigerian Navy, in line with her constitutional roles, has been building both human and material capacities to enable her provide hydrographic services that meets international standard. These efforts have paid off.

In recent times, he said the Nigerian Navy Hydrographic Office (NNHO) has ramped up its hydrographic capabilities with several first-of-its-kind products to support Nigeria’s Blue Economy project. This was seen during the last WHD when the NNHO published the first indigenous navigational chart ever produced by Nigeria; NG 2501 (Lagos Harbour Chart) with much fanfare.

“This feat completed Nigeria’s hydrographic capacity development as required by the IHO. As at today, the office has published the second edition of the chart, incorporating recent navigational significant changes that have taken place within the channel. The office has also published the second indigenous navigational chart, NG 4401 (Ogunkobo to Tin Can Island) at a time when it was most needed, primarily because the water within the area had hitherto never been charted and had recently witnessed several marine accidents.

“Early this month, the NNHO and indeed Nigeria, recorded another mile stone in hydrographic capabilities, with the acceptance and publication of Nigeria’s first Electronic Navigational Chart (ENC), NG525010, by the International Center for ENC (IC-ENC). The electronic version of Nigeria’s Second indigenous navigational chart; NG 4401 is set to be released soon.

“As the Nigeria Navy is ready to induct a state-of-the art offshore survey vessel, with autonomous capabilities in the next few months, the NNHO is fully poised to provide up-to-date marine geo-spatial information of Nigerian waters to diverse maritime operators, for enhanced economic growth of our dear nation.

“To this end, the NNHO has increased collaborations with developed Hydrographic Offices like NOAA, UKHO and SHOM, in order to tap from their experiences toward churning out new nautical products and solutions in the most internationally acceptable format.

“Accordingly, the NNHO will soon release to the public, a suite of new generation navigational services such as High Density (HD) charts and high-resolution bathymetry products among others.

“As the national charting authority in Nigeria, theNNHO is also collaborating with the hydrographic industry’s best under the umbrella of the Nigerian Hydrographic Society (NHS). This is for the purpose of improving the standard of hydrographic practice, methods and technologies among private hydrographic practitioners so that Nigeria can draw maximum benefits from the Crowd Sourced Bathymetric initiative of the IHO.

“This would go a long way to facilitate quicker survey and chart coverage of Nigerian waters, and ultimately place Nigeria on the right stead towards actualising the Nippon Foundation/GEBCO seabed 2030 project.“

On the need for autonomous technology in hydrographic applications, he said to achieve and ensure these processes are being brought to the forefront, we as a nation, and indeed all hydrographic community must come onboard to ensure the sustenance, protection and preservation of our oceans ecosystems and the blue economy as a whole.

In doing so, hydrography provides a testing ground for these technologies, while at the same time increasing the coverage of adequately surveyed areas. As a knock-on effect, these initiatives will pave the way for the development of safe, secure and environmentally sound Maritime Autonomous Surface Ships (MASS) operations under the auspices.

These new technologies are drivers for the roll-out of new generation navigational services such as High Density (HD) charts and high-resolution bathymetry and the NNHO is keen to partner HOs such as National ocean administration OAA and United Kingdom Hydrographic Office who already have rolled out these services.

This informed the decision of the Naval high command to equip the newly acquired 60 OCEA Hydrographic Survey Vessel with a hybrid manned and autonomous survey equipment. Some of these include AUVs and ROVs, which would ensure complete survey coverage of most of the hard-to-reach areas of Nigeria’s maritime environment.

These acquisitions are to build on the recent achievement of the Nigerian Navy in the area of hydrographic survey and navigational chart production.

Hydrography is the branch of applied sciences which deals with the measurement and description of the physical features of oceans, seas, coastal areas, lakes and rivers, as well as with the prediction of their change over time.

Hydrographers conduct hydrographic surveys to measure the depth and bottom configuration of water bodies. They also measure and search for rocks and wrecks that could be hazardous to navigation as well as collect information on water levels, tides, currents, temperature and salinity.

The work of hydrographers is regulated worldwide by the International Hydrographic Office(IHO). The principal aim of this organisation is to ensure that the world’s seas, oceans and navigable waters are adequately surveyed and charted. Through its rules and recommendations, the IHO contributes towards achieving standardisation in the field of hydrography.

It connects national hydrographic offices and coordinates their activities to promote safe navigation all over the world’s seas. Also, they strive to achieve uniformity in documents and procedures used by Hydrographic Offices and in the development of sciences in the field of hydrography.

It enjoys observer status at the United Nations, where it is the recognised competent authority on hydrographic surveying and nautical charting and has expanded from an initial 19 Member States in 1921 to currently 90 States. As a coastal state with a vast maritime area, Nigeria became a proud member on May 31, 1976 and had since been a significant actor within the IHO.