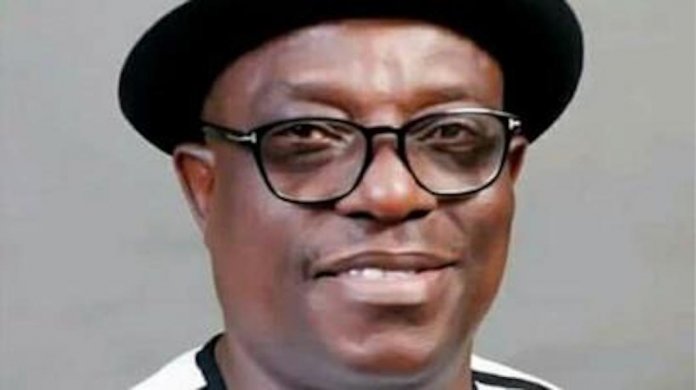 There seems to be no end in sight in the crisis rocking the ruling All Progressives Congress (APC), as the factional acting National Chairman of the party, Chief Victor Giadom, has written the Independent National Electoral Commission (INEC) not to recognise any governorship primary in Edo State.

Giadom, in the letter to INEC dated June 18, 2020, but submitted and acknowledged by the electoral body on Monday, stated that he had not authorised and constituted any committee for the Edo State governorship primary.

In the letter, which was copied to security agencies, Giadom said he had been informed that some persons had perfected the plan to conduct primary polls in Edo State under the purported chairmanship of Imo State Governor, Hope Uzodinma.

The letter read: “Reports reaching me is that some persons have perfected to conduct direct gubernatorial primaries for our great party in Edo State next week under the purported chairmanship of Governor Hope Uzodinma on Monday, June 22, 2020.

“Kindly note that as Acting National Chairman of our party, l did not authorize such a committee, neither have l inaugurated one. The earlier announced date for the primaries, that is June 22, 2020 has been postponed. You are therefore advised not to give any support to any such committee or to monitor any such primaries. A new date for the primaries would be communicated to you soonest. We regret the inconvenience this might cause your commission.

“A copy of this letter is being sent to the relevant law enforcement agencies, the Chairman of Edo State APC, Mr. Anslem Ojezua, for their information and necessary actions.”

Meanwhile, the National Working Committee (NWC) of the party has inaugurated Mr. Worgu Boms as its acting Deputy National Secretary.

Wogu was inaugurated at the national secretariat of the party on Monday by another acting factional National Chairman of the party, Mr. Hilliard Eta.

Boms was nominated from Rivers State to replace Giadom who is equally laying claims to the position of Acting National Chairman.

Administering the oath of office on Boms, Eta said he would carry out all functions of the Deputy National Secretary as provided by the constitution of the party.