Nigeria LNG Limited (NLNG) has donated medical equipment worth $300,000 to the Lagos State government as part of its contribution to the US$30 million Oil and Gas Industry Collaborative Initiative, spearheaded by the Nigerian National Petroleum Corporation (NNPC) to fight the COVID-19.

The donation made thursday by NLNG’s Managing Director, Mr. Tony Attah, who was represented by the company’s General Manager, External Relations and Sustainable Development, Eyono Fatayi-Williams, was received by the Commissioner for Health, Lagos State, Prof. Emmanuel Akinola Abayomi.

The donation was part of the company’s $1.25 million donations to six states of the federation in contribution towards the NNPC-led Oil Industry COVID-19 Intervention fund.

NLNG said the donation would go a long way in supporting the COVID-19 response at the Lagos Mainland Hospital.

In his remarks, Attah said the donations were part of the industry’s ongoing contribution to states to help push back the pandemic, noting that the virus still remained a huge threat to the country’s socio-economic wellbeing which will require concerted efforts and sacrifices from everyone in the country to fight.

He said the interventions signified NLNG’s resolve to stand with both the federal and state governments during these trying times and to reciprocate the goodwill and support to the company over the years.

Attah, commended the Lagos State Government for its determination and resilience in fighting the pandemic and effectively managing the impact on businesses and residents.

NLNG had made donations to the Rivers State Government and Bonny Island, its base of operations, with medical supplies and materials worth $2.75 million.

The company’s other interventions in Rivers State include PPEs and trainings for medical personnel on Bonny Island, food items as palliatives, the upgrade of specific facilities at the Rivers State University Teaching Hospital (RSUTH) and a 24-bed Isolation/Holding Centre at the Bonny Zonal Hospital.

The Bonny Isolation Centre is currently being upgraded to a treatment centre for residents of the community.

Attah said NLNG’s contribution of over $4million to the fight against the COVID-19 was in line with its vision of “…helping to build a better Nigeria”. 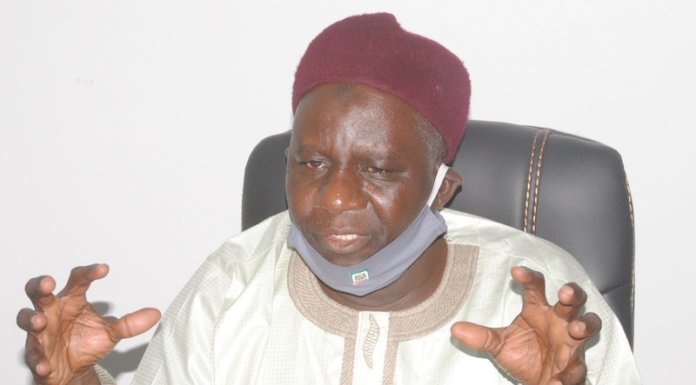