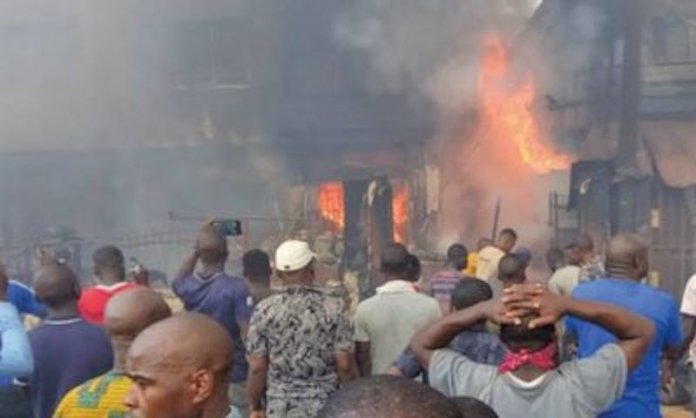 THISDAY learnt that the fire which broke out in a residential building started in one of the flats after a can of kerosene that was at the back of a refrigerator exploded.

The fire caught the three children, who were in the flat, but were eventually rescued with varying degrees of injury by fire fighters, who put out the fire after they were alerted by neighbours.

Meanwhile, it was gathered that one of the children died yesterday morning from wound sustained from the fire, while the other two have been transferred to Chukwuemeka Odumegwu Ojukwu Teaching Hospital in Awka for treatment.

The state Chief Fire Fighter, Mr. Martin Agbili, who confirmed the fire incident, said: “We received a distress call of fire outbreak at Brave-Heart Flats at the firsst floor of a three-storey building, close to St Joseph the Worker Catholic Church at Iyiagu Estate, Awka.

“We deployed our firefighters and two fire trucks to the scene. We put out the fire, and no life was lost, but three children in the flat were burnt and were rushed to the Prime Specialist Hospital at Awka.

“The cause of the fire outbreak was a kerosene explosion in a gallon kept at the back of a deep freezer. The building was also saved, and we conducted post-fire risk assessment of the building.”

A resident in the area, Johnson Obodo, who spoke to THISDAY, said one of the affected children died at about 4a.m. yesterday. It was however not clear the ages of the children.

Meanwhile, the state Police spokesperson, SP Haruna Mohammed, when contacted, said he was not aware of the fire incident or the death of one of the affected children.