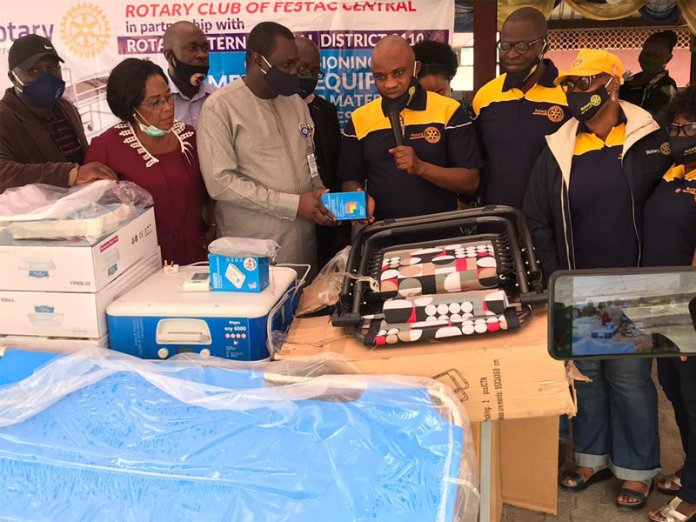 As part of its objective of identifying a need in society and meeting it, Rotary Club of Festac Central has handed out medical equipment to the Mother and Child Centre in Amuwo Odofin.

The occasion which was the third time Rotary Club of Festac was visiting the health facility also availed the opportunity for members to share their Rotary Moments; a narration of benefits that comes with being a Rotarian.

President, Rotary Club of Festac, Rtn. Chuks Ozigbo in the remark explained that the gesture was a way of reaching out to humanity as the original intention is not for the direct benefit of other Rotarians.

His words: “we want to have a situation where people in our society who ordinarily would not be able to afford health services can now do because of things like this as it helps to reduce the burden on this class of people.”

The Chief Medical Director of Mother and Child Centre, Dr Dapo Soyinka while receiving the donated items described as remarkable the fact that it was the third time the Club was visiting the Centre for one form of donation or the other. He expressed belief that there would be other occasions where the Club will partner with the hospital for better welfare of patients.

As closing remarks, immediate past President of the club, Rtn. Michael Fati commended members for taking out time to attend the event and called on the hospital to make good use of the donated items. 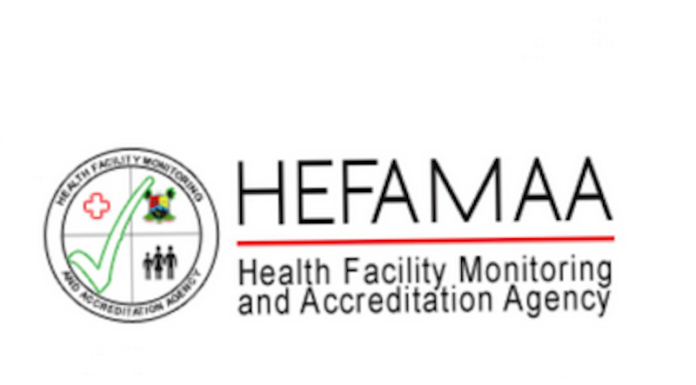