The state primaries for the election of the leadership of the Peoples Democratic Party (PDP) may have come and gone but the elections conducted in Esit Eket Local Government Area of Akwa-Ibom is still generating ripples after many qualified members of the party were barred from contesting. Except the state executive of the party amicably resolves the intra-party crisis now rocking the party in Esit Eket Local Government, PDP may be undermining its chance of retaining the state in the next general election.

At the root of the crisis is the decision of the PDP leader Elder Benjamin Udobia, the Executive Chairman of Esit Eket Local Government, Mr Iniobong Robson and a former member of the House of Representatives Mr. Ime Okon Dan to stop members of the party from seeking election into various elective offices by not allowing them to purchase, fill and return nomination forms and participate in the congress in violation of the party’s constitution.

There has also been an attempt to blame the crisis on alleged third term ambition of the member representing Esit Eket Ibeano State Constituency of Akwa State Rt. Hon Usoro Akpanusoh. However, this is far from the truth. It is not just baseless, it is a futile attempt to divert attention from the refusal of the party leadership to respect the zoning formula that has been in place since 1999, a situation that has further worsened the crisis.

Many believe that the decision to exclude qualified aspirants from the congresses was to allow Iniobong Robson retain the chairmanship of the local government beyond 2020 contrary to the age long rotation of the position in Esit Eket LGA.

The chairmanship position rotates amongst the three geographical zones and Robson having served from 2015 till date ought to vacate the seat for another zone to take a shot at the chairmanship slot. The crisis is further aggravated by the highhandedness of the self-acclaimed political leader of the zone ,Benjamin Udobia who has in the last twenty years held sway as the de facto leader who determines who gets what appointment or contract in total disregard of the agreement reached by Esit Eket leaders.

Udobia is also seen as the one not allowing dividends of democracy to be evenly distributed within the Esit Eket council. This development has forced the people from Esit Eket to accuse Governor Udom Emmanuel of neglecting the area. Udobia’s unaccommodating attitude has also been blamed for the mass defection of prominent members of the party to the All Progressives Congress.

He who comes to equity must come with clean hands. One of the aggrieved party members, who is also a plaintiff in the court action, Usen Eyo Etteudo said they were left with no choice but to seek justice in court since the leadership of the party has failed to correct the injustice meted out to them. He said: “We are in court to seek redress and to save our party in Esit Eket from collapse. We wish to state emphatically that we cannot allow a troika to decide the fate of the PDP in Esit Eket.

In his reaction, a former council secretary in Esit Eket Local Government Area Isangedighe Imossan warned that “as we count down to the December 2020 local government election in Akwa Ibom State, there is a grim possibility that the political crisis which has rocked Esit Eket local government area for sometime now would not only linger but propitiously escalate, given the current developments in the area.”

According to him, rather seeking a convergence of ideas towards forging a lasting solution to the political imbroglio in the area, the elders and political leadership in Esit Eket are digging deep, stoking the fire of discord, all to further their selfish interests. He said: “Just recently, they went a step further in their devious scheme by deploying non- indigenous mercenary writers to throw mud and disparage dissenting voices of reason in the area.

“Their main target, as usual, is the honorable member representing Esit Eket/Ibeno in the Akwa Ibom State House of Assembly, Usoro Akpanusoh and other indigenes of Esit Eket who dare to challenge the status quo by insisting on fairness, justice and equity in the sharing and distribution of political appointments, projects and amenities approved for the area by Governor Emmanuel.”

Agreed, there were some disagreements and clash of interest during the congress in other local government areas; but in those other places, their political leaders rose to the occasion and got the issues in contention amicably resolved. But not in Esit Eket where the political leaders brazenly took sides and further complicated the problem which eventually led to litigation by aggrieved party faithful. There is a consensus among the good people of Esit Eket that the time has come for His Excellency the Governor, as the leader of the PDP in the state, as well as the party hierarchy at the state and national levels to intervene to save the PDP in Esit Eket and the entire people of the area from further political and socio-economic setbacks. 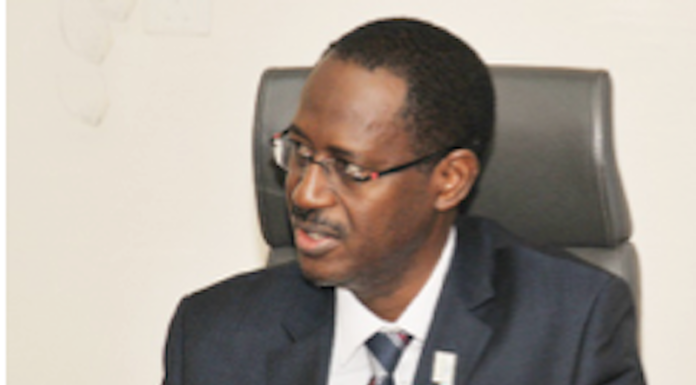