Against the tides of Covid-19 and its attendant disruption of the social order, the organisers of the Wole Soyinka International Cultural Exchange (WSICE) are gearing up for virtual celebrations this July, writes Yinka Olatunbosun

The Wole Soyinka International Cultural Exchange, (WSICE) is set to hold its annual programme- a cultural feast that usually coincides with the celebration of the birthday of Africa’s literary giant and global citizen, Prof. Wole Soyinka. The poet, dramatist and scholar is the 1986 winner of the Nobel Prize for Literature and the first African with the honour.

The three-day event is observed nationwide and other parts of the world with a live essay competition that draws participation from students of secondary schools and tertiary institutions; a cultural advocacy session; lectures, and symposium on humanity as well as poetry and theatrical performances.

Due to the peculiar circumstances of the pandemic, the 2020 edition of WSICE will not hold in a physical setting but on the digital space. The event which has as its theme, “I am because You are” will run from July 12 to 14.

Organised by the Zmirage Multimedia Company, this edition draws its theme from UBUNTU, the Southern African philosophy which epitomises the principle of shared values that ensures the sustenance and survival of the human family.

The Executive Producer of the project and CEO of Zmirage, Teju Kareem explained the rationale behind the theme in a press release to herald the celebrations.

“The theme is inspired by observed factors and motives behind the responses of peoples and governments across the world to the challenges pushed forward by the rage of the pandemic. In particular, the obvious interdependence of our collective humanity has been brought to the fore in the way people and States have risen to support others experiencing the dire effects of the pandemic,” he said.

The Advocacy session of the programme will run for two days with the topic “Pandemic: Pursuit of individual Happiness and our common Humanity.”

The first day will feature the main conference paper by Prof Lilly Cheng of Chinese Cultural institute, San Diego University, USA. With the theme “I am because You are,” the paper espouses on the interdependence of our collective humanity as evinced in the incidences and situations around the covid-19 pandemics. Cheng is a professor in the School of Speech, Language, and Hearing Sciences and Executive Director of Chinese Studies Institute at San Diego State University. She is also the Managing Director, Confucius Institute at SDSU.

She would be supported by Dr Li Michael, an educator specialising in the teaching of the Chinese national treasure, the Abacus; President of Beijing Shenmo Education Group, which he founded in 1998, with its headquarter in Beijing, China.

Other panelists at the first session who would be responding to Prof. Cheng’s presentation include: Shabaka Thompson (Trinidad & Tobago), a Cultural Leader with extensive experience in carnival, event management and production, working over three decades in Canada, Trinidad, Britain and Africa; Keyna Eilson (Brazil), a curator, writer, researcher, heiress Griot and shaman, narrator, singer, ancient chronicler, and a member of the African Heritage Commission for laureation of the Valongo Wharf region as a World Heritage Site (UNESCO) and Lucile Huguet (France), a journalist who works for a French public TV channel: Franceinfo, she did a Master Degree at the University of Caen, in English Literature and, a Master of Journalism in the France’s oldest school of Journalism ESJ Paris.

The second day, July 13, the lead paper on Reimagining Our World After Covid-19 will be delivered Professor Segun Ojewuyi, a theatre and culture scholar, who aside being the head of Directing at the Southern Illinois University, Carbondale, USA, is also co-Executive Producer of the WSICE.

The submission of essays which started on June 5 will close on June 26. The competition is open to participants in five linguistic zones — English, French, Spanish, Portuguese, Chinese. A Winner and a runner-up will emerge from each of the zones. Also, a Global Winner will emerge in the two categories

The winners from each category and linguistic zones will be announced on July 14 during a scheduled meet & greet session with Professor Soyinka in the same virtual space. 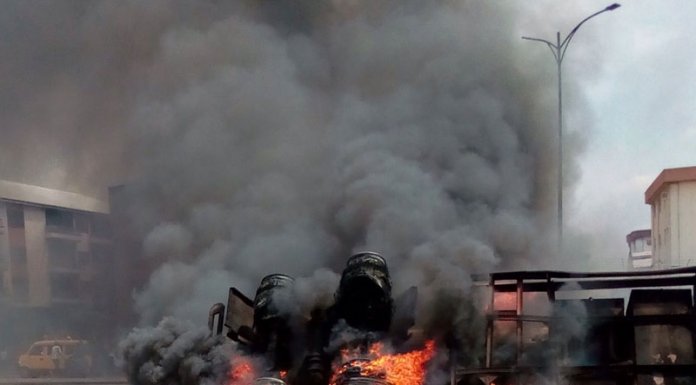