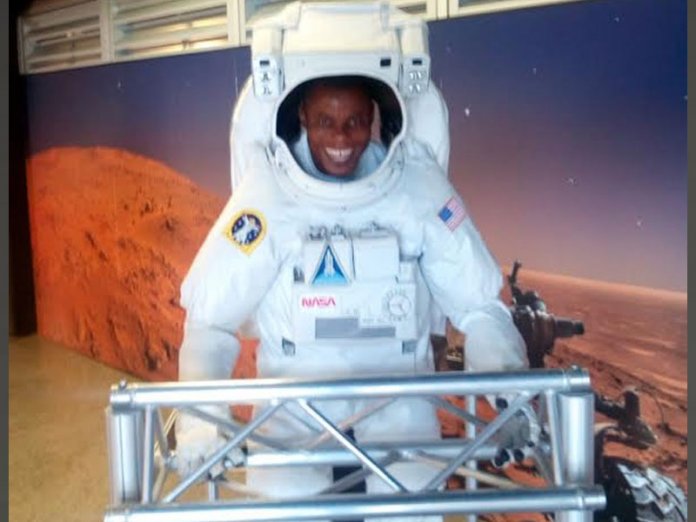 It does not matter which part of the world you were born, while government policies, opportunities for enterprise and value systems may vary from country to country, one thing is constant: human being, according to sociologists, is a social being. This presupposed that we thrive on social capital driven by quality positive relationships, meaningful engagement with the world and purposeful associations.

Unfortunately, the potential to thrive diminishes as we were growing up. Conventional wisdom says that we get wiser with age but evidence has shown that just when we graduated from Universities or Colleges and we pride ourselves as educated and struggle for jobs, our opportunity to be wealthy began to fade.

There is an ‘invisible chain’ with the ‘education for job’. It is a chain of comfort. It is associated with employee’s job conditions that kept us long enough not to exit and be autonomous. We want to be safe in someone else’s security.

The invisible chain kept people long enough not to even change jobs. Do not think it was an employer’s making. No! Employers have been nice to give you a chance. You cannot get wealthy with them except for few but you get the leverage to start. It is up to you.

This is the point I want to make: Creativity (ability to create, invent, establish, pioneer and improve) was a birth right. It is the precursor to wealth and foundation for entrepreneurship.

In 1960s, when the world was preparing for breakthrough and going beyond the earth into outer space and walking on the moon, Professor George Land was commissioned to design test instruments for the recruitment of Scientists and Engineers for the space mission. He did this perfectly.

In 1968, a year before Neil Armstrong and two others succeeded with Moon landing, the same test instrument was used for children of age 5. It turned out that 98% of the children were at genius level of creativity. So in 1968, there was evidence that creativity was a birthright. It is in the twenty-first century that the world is awakened to popularize creativity.

Where did we get it wrong?

In 1985, Professor George Land went ahead to administer the test instrument to workforce. These were adults from age 25 and above. The story had changed. Only 2% of adults were operating at genius level of creativity. Probably this would give an insight into why we want to be secured in the security of the entrepreneurs or why majority constitute “Educated derelicts”.

In the United States Space and Rocket Centre, I wanted to know what had become the creativity level of the children that were tested in 1968. So I looked out for evidences. In my exploit, I found out that Professor George Land continued the research with these children at age 10 and 15.

At age 10, that was 1973, only 30% of these children had their creativity maintained at genius level. From age 5 to 10 they had declined from 98% to 30%. We all know that they would be in their elementary or primary level of education at this time. Something is wrong with education.

At 15 years in 1978, these children’s potential to create had dropped and 12% scored in the highly creative range. Probably we would begin to imagine how education had impacted negatively on our capacity for self-actualization.

In answering the question, “Where did we get it wrong”? The data implies that 98 out of 100 adults got it wrong by unlearning creativity. In order word, we grew up learning uncreative behaviour and left creativity to the artists.

While we cannot all start out as job creators, it might be important to note this: If you do not want to live all your adult life as slave of uncreative behaviour, do not spend all your years working in one place. Remember you are social being and most of us thrive on social capital, quality associations and relationships.

Relationships do not get better if it is not mutual. This left us with a question: Does anything exist as employer-employee mutual relationship? Unless you are a shareholder, employer-employee relationship is not a marriage. Probably that was why we would be asked to leave after 35years in public service? This forced creativity on us and we began to imagine which business to start.

The more you spend in one place, the less you are open to new perspectives. You have mastered the routine of that job environment and this mastery blocked your creative juices. When I spoke to senior educators on this matter, I found out it had become a challenge for them because some feared, “Where do I start from after so many years working with one organisation? If I picked a new job, I would be asked to use new lesson plan template to design lessons when I had gotten everything here in my folder and I did not have to bother”.

Something exists as Market Value and unfortunately, increment in salary does not compensate for Market Value. I learnt so much from the expatriates who were leaders in most International organisations. One told me, “five years is the peak”. I am keen to say: Those who do not move never noticed their chains.” To get back your creativity, vary your experiences.

2. Rethink education (Invest in Self)

Four features define creative behaviour according to experts. One of those features is imagination. My best understanding of imagination came from Albert Einstein. The genius said, “Knowledge takes you from point A to B but imagination takes you everywhere.” When you are engaged in a work where someone controls your wages, most of the time, you concentrate your energy, time and resources growing your knowledge, technical skills and attitude.

The story is different when you create a system that keeps you in control of your earnings. In this situation, you extend beyond knowledge and technical skills, you dwell more in the field of core skills of imagination and strategic thinking.

Recently, a school teacher borrowed money to start food business when salary was not forthcoming for two months due to COVID-19 pandemic. In less than 30 days, debt had been repaid.

I do ask myself, 10 years from now, what will my story be? If you do not think in decade, significance and prosperity might be a mirage.

Education of self’ is not in the National curriculum and suffice to say that it is what we needed the most.

Could it be that you are in the 2% population that still have their creativity at genius level but you cannot figure it out? For those whose creativity had been unlearned, the good news is that, it can be rebuilt with the right exposure. The greatest investment in the world today that yields the highest dividend is an investment in self.

Entrepreneurial spirit is not as complicated as we think. Self-actualization Academy is established to help individuals see their potential through scientifically validated tests and maximize the results to create wealth. Wealth is a birthright. These test instruments are handy and you can benefit by sending an email to jamiu.aliyu@ymail.com

* Aliyu is the Founder, Self-Actualization Academy