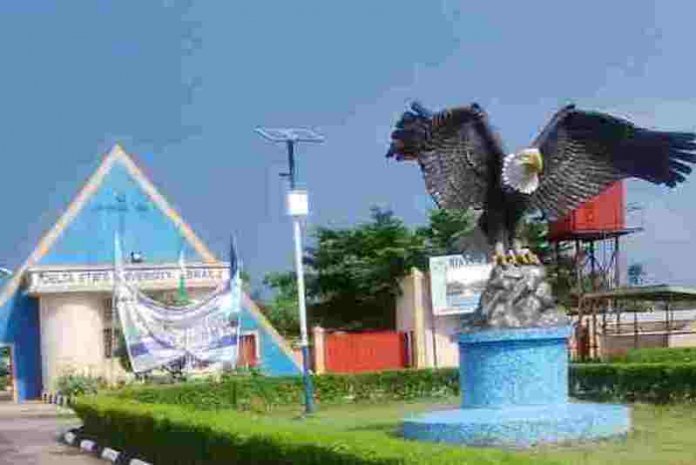 In a statement, the acting Director, Ceremonials, Information and Public Relations of the university, Dr. Ben Nwanne said the university community was excited about the significant improvement in the rating of DELSU, attributing it to the enlightened and committed leadership, which the Vice- Chancellor, Prof. Andy Egwunyenga has provided the university in just six months of being in office.

“Egwunyenga, a first rate scholar and administrator, gave notice of his expected high quality performance in the first few days of his administration. At his first Senate on December 11, 2019, he assured his colleagues that he would work assiduously with them towards making DELSU the best state university in practically all aspects, including aesthetics and environmental upliftment. It was obvious he had carefully thought through his mandate,” Nwanne said.

Following the rating, there was a plethora of congratulatory messages that followed the publication. A former Deputy Vice-Chancellor in charge of Administration at DELSU, Prof. C.P Aloamaka said: “This achievement is not surprising. It is not enough to know what to do, but it is more rewarding to carry people along in working towards your goal. This has earned DELSU great success.”

In another congratulatory message, Professor John Igwe, one of the contenders for the post of the vice-chancellor in the last contest said: “Our VC you are doing great. The next leap will revolve around visibility, strong broadbrand internet connectivity.”

Responding to the congratulatory messages, Egwunyenga, who has set a high standard in scholarship, fairness and due process, told the academic community not to rest on their oars. According to him, “there is still a lot of work to do to further this modest leap. After robust web presence, we need to increase research output and learning infrastructure, equip libraries, laboratories and workshops and develop linkages with other universities around the world.”

Information from its website indicates that Webometrics ranking of world universities is an initiative of Cybermetrics lab, the public research body in Spain. It explained its methodology and objectives of the rankings.

It further stated that the primary objective of the ranking web was to promote open access to the knowledge generated by the university, adding that the best strategy to improve ranking is to increase the quantity and quality of web contents.

“The ranking web or webometrics is the largest academic ranking of higher education institutions, offering every six months, an independent, objective free, open scientific exercise for providing reliable, multidimensional, updated and useful information about the performance of universities all over the world,” it said.