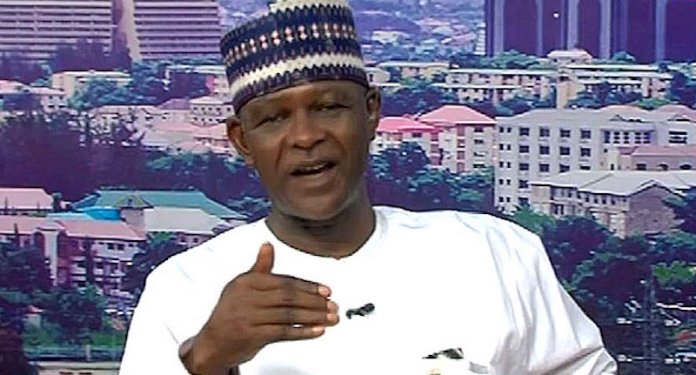 Governors of the 36 states will be holding their 10th teleconference meeting to review interventions and meetings with President Muhammadu Buhari and the Attorney General of the Federation and Minister of Justice, Mr. Abubakar Malami on the controversial executive order 10, that mandated the Accountant General of the federation to deduct first line all funds due to the judiciary and legislative houses.

A statement issued yesterday by the Head of Media of Nigeria Governors Forum (NGF), Mr. Abdulrazaq Bello Barkindo, said that the invitation from the Director General of the Nigeria Governors’ Forum, Mr Asishana Bayo Okauru to the governors listed the issues to be discussed at the meeting, to include an update on Executive Order 10.

He also said the meeting will discuss a brief from a subcommittee that was assigned to engage the Presidential Task Force on COVID-19 headed by Delta State Governor, Dr. Ifeanyi Okowa.

He further said that the teleconference is to review the pandemic situation in the various states of the country and advance or evolve more pragmatic ways of dealing with the pandemic, going forward.

According to the statement, Governor Nasir el-Rufai of Kaduna State will also present the report of his committee set up at the last NEC meeting in March 2020 to review the impact of the pandemic on the economy for endorsement.

“The state governors will also take a peek into such issues as the World Bank Cares programme, the public hearing on the NCDC Bill 2020, the progress made on the refunds to states on FAAC deductions, the restructuring of states’ loans by the CBN Governor, Mr. Godwin Emefiele and the reimbursements for construction of Federal Roads to states like Rivers, Bayelsa, Ondo, Osun, Cross Rivers etc”, Bello Barkindo stated

NGF said that the Inspector General of Police has also been invited to brief the governors on the Police Trust Fund just as the Women Affairs Minister, Mrs. Pauline Talen will interface with Governors on critical gender issues including rape and sexual violence in the country.

Also on the agenda is a briefing on the CACOVID distribution of palliatives and also a feedback from the states. The NGF is expected to get an update to see whether or not the palliatives have made any impact on the citizenry.

According to Barkindo, the governors will receive memoranda from various groups including a statement from the Nigeria Governors’ Spouses Forum, headed by the wife of Governor of Ekiti State, Mrs. Bisi Fayemi.