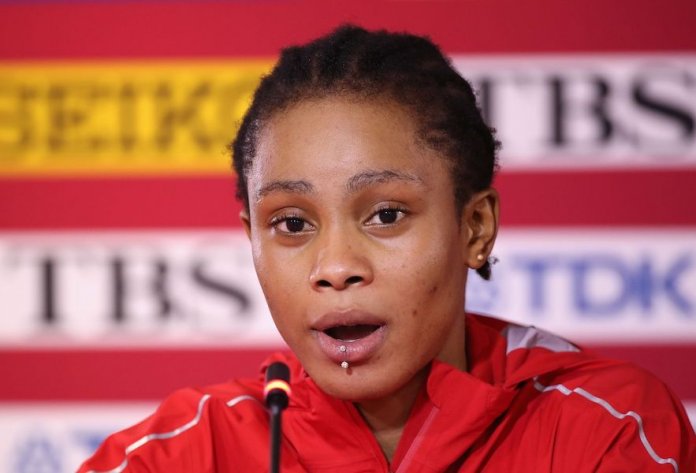 Naser, who was born in Nigeria but switched allegiance to Bahrain in 2014, is the first Asian woman to be a world champion in the discipline.

Born Ebelechukwu Agbapuonwu in Anambra State, Naser ran the third-fastest 400m in history and secured the gold medal at the 2019 world championships in Doha.

It was also the fastest 400m time since 1985. Now she is facing a potential two-year ban over an alleged ‘whereabouts’ violation

Under the rules, three missed tests or filing failures in a rolling one-year span will trigger a charge – Naser admitted on Saturday that she missed three tests ahead of the worlds in Doha, prompting bemusement in the sport over why she was cleared to run, and it has now been confirmed that she went on to miss a fourth test in January of this year.

A statement from the Athletics Integrity Unit yesterday read: “The investigation into Ms Naser’s three whereabouts failures in 2019 was ongoing at the time of the Doha World Championships and she was not provisionally suspended at the time.

“Following conclusion of the investigation and a fourth whereabouts failure in January 2020, a notice of charge was issued and Ms Naser subject to an immediate provisional suspension.

“The disciplinary process is ongoing and the AIU will not comment further at this stage.”

Naser, 22, took almost a second off her personal best in beating Olympic champion Shaunae Miller-Uibo in 48.14sec – the third quickest time in history.

In a peculiar protestation of her innocence, Naser argued on Saturday it was ‘normal’ to miss three tests – a stance that is strongly at odds with the views of many athletes.

“I’ve never been a cheat, I will never be,” Naser said in an Instagram live video.

“I only missed three drug tests, which is normal. It happens. It can happen to anybody. I don’t want people to get confused in all this because I would never cheat.”