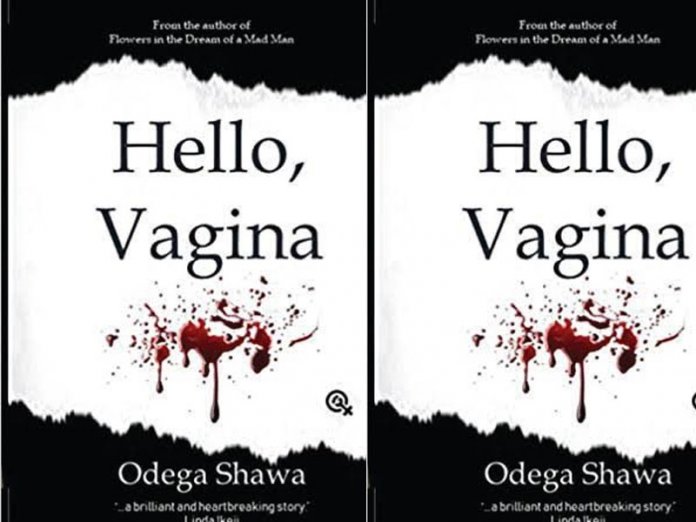 Rape, an age-long sexual violence has gained more prominence in recent times perhaps for the intervention of the social media. Many victims had been denied justice because the onus of establishing the truth has always been the burden of the rape victim. Today, that burden has been shared by the society at large who now have a renewed sense of responsibility towards ensuring that justice prevails. This explains why an author, Odega Shawa unearths the complexity of rape in his novel, titled Hello Vagina.

Published by Kalakuta Books, the book is dedicated to the memory of two rape victims. One of them is Miss Elizabeth Ochanya Ogbaje (2005-2018) who for more than three years was allegedly raped by her uncle and his son until she developed VVF and died. The other woman is Lindsay Armstrong (1985-2002), who committed suicide after her ordeal in court with her rapist. In a creative non-fiction style, Shawa tells the story of a young teenage girl, Kelechi who was raped by a serial rapist and killer through a series of episodic plots.

Kelechi is a brilliant, vivacious girl from a humble background with a tall dream of becoming a writer. She is unaware of how some undesirable characters will overturn her dream with their selfish needs. As an under-aged, she has endured sexual harassments from persons known to her. Even the church is not a safe haven as the pastor is known to secretly take advantage of young girls in his care. Her younger brother, Kelue and his friend, Moro had been conspiring to extort money from Uncle Sola, a videographer in the neighborhood who had made a pass at her. Unknown to her, a bigger danger lies in wait in a dangerous chance meeting with Teejay.

Teejay, portrayed in the story as a vilain, made his break in Nollywood with the help of a female movie producer. Intoxicated by the riches and fame that his Nollywood career has brought him, he brazenly exploits new screen hopefuls with the promise of a rewarding acting career. Expectedly, his reckless lifestyle wrecks his matrimonial bliss. His wife, Hadiza returns home one day to find her husband in bed with three aspiring movie stars. After long hours of heated argument, violence strikes. Teejay kills his wife and swiftly moves to cover it up to preserve his public image ahead of his political ambition. Like a dare devil, he sues the media house that published the story and gives the money to charity. Emboldened by impunity, he rapes Kelechi as well.

Through the story, the author beams the light on the roles played by the religious leaders, judiciary, police and others who should hold the perpetrators of such crimes accountable. The ‘bromance’ between Fred, the judge and Teejay has been instrumental to his escape from the long arm of the law for many years. The closing poetry by the protagonist, titled “Hello Vagina” questions the rationale behind rape, sexual harassments and the porn culture that have made women to be seen and treated as mere sex objects at work, at school, in their places of worship and almost anywhere outside their mother’s wombs.

The author creates a comforting counter-balance in his portrayal of men in the story with the character of Mr Okon who plays as a father figure to Kelechi in her time of distress. With this literary effort, Shawa heeds the loud calls by women across the globe for men to join the fight against the scourge of rape.