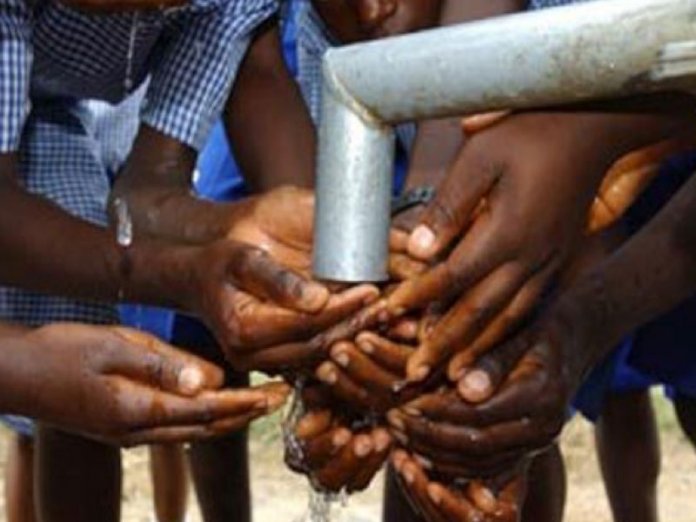 The importance of water as a critical factor in the fight against COVID-19 cannot be over-emphasised and Lagos, being in the frontline of the battle against the disease must brace itself for the post-COVID-19 era by providing water, which is the basic necessity prescribed by experts as the most potent defence against the pandemic. Kunle Aderinokun reports

As at yesterday, there are more than 6.8 million confirmed cases with 362,678 deaths worldwide. In Nigeria the numbers have reached 12233 with 3,826 recoveries and 342 deaths. that have been detected worldwide, Compared to the global jump in COVID-19 cases, Lagos cases have skyrocketed 5,658 per cent from less than 200 cases in April. These numbers are alarming and Nigeria must prepare to fight this pandemic to a standstill. In its global report on 20th May, the World Health Organisation (WHO) has warned that coronavirus “may never go away” as its experts predicted that a global mental health crisis caused by the pandemic was looming. So the world must prepare to fight a “long” war but the question is how? How can the world fight this battle? How can Nigeria especially Lagos which is in the frontline for the battle in the country prepare for this?

WHO has listed the two most potent steps to prevention of COVID-19 spread: wash your hands regularly with soap and water and maintain at least one metre distance between you and the next person(s), that is, keep a ‘social distance’.

The above further buttresses the point that water is the key! Social distance is a major challenge, but people have tried to stay home and observe government-imposed lockdowns and with more practice I think Nigerians can get the hang of it with time. However, the biggest challenge that is becoming more glaring is, how to provide water for the teeming masses that can barely have water to drink talk more of washing hands. It is a matter of life or death and governments must face this challenge head-on or they will lose this fight. The cases in Lagos increased significantly in one month. This simply spells disaster for the state in the months to come, if left unchecked especially now that the government is becoming increasingly under pressure to fully re-open the economy. Reopening without taking precautionary measures to provide water in addition to social distancing is only reopening to the nation’s doom.

Shops and offices have stopped providing hand sanitizers and instead have placed buckets of water and soap at entrances. No one can afford sanitisers anymore. If the offices can’t afford it and turn to water, where does that leave the masses, who can’t even see water to drink talk more of money to buy sanitisers?

UNICEF paints a dire picture in their report on 13 March 2020, “Handwashing with soap is one of the cheapest, most effective things you can do to protect yourself and others against coronavirus, as well as many other infectious diseases. Yet for billions, even this most basic of steps is simply out of reach,” said UNICEF Director of Programmes, Sanjay Wijesekera. “It is far from a magic bullet. But it is important to make sure people know what steps they should take to keep themselves and their families safe, even as we continue our longstanding efforts to make basic hygiene and sanitation available to everyone.”

Handwashing with soap, critical in the fight against coronavirus, is ‘out of reach’ for billions. As the world prepares to ease the lockdowns and let people out there two things that stand out as critical – Social Distancing and Regular Hand Washing.

According to UNICEF, in sub-Saharan Africa, 63 per cent of people in urban areas, or 258 million people, lack access to handwashing. This means 13 million people in Lagos will lack access to potable water to wash hands, but for boreholes and water tankers and all the Mai Ruwas that deliver water to homes in Lagos, this will be our fate.

The Lagos State Water Corporation has provided water distribution coverage for only 40 per cent of the state with the rest having to fend for themselves. You have to afford a borehole or packaged water and for majority of Lagosians, who can’t afford they resort to water supplied in Tankers and Jerri cans by Mai Ruwa, who source their water from open wells that are unsafe for dinking.

This is the dire state of things in Lagos and it must change for the better or the people suffer the virus or other worse epidemics that might surface in the future. Remember the warning by Bill Gates of virus(es) to come. Not one but potentially many more outbreaks like this in future await. This is the time for action.

Lagos cannot be a Mega City without basic infrastructure –electricity, roads, waste treatment and most especially water. It is a shame for the biggest commercial hub in Africa to be so wealthy and surrounded by water, yet have none to drink.

The Lagos Water Corporation on its website claim to have total installed water production capacity of 210million gallons of water per day, but also stated that this is lower than the current demand. It estimates the demand in the state at 745 million gallons per day which means only 28% of the city’s demand is met by the current infrastructure. This is a shameful state of things especially considering the billions of naira of public funds that have gone into the various government water works in the state since 1980s. The government has invested so much in water and has nothing to show for it. The level of inefficiency is mind boggling and the current administration must come up with the strategy to resolve this issue and redeem the image of Lagos as a mega city and Nigeria’s first line of defence against COVID and any future outbreaks. Lagos state beat Ebola and can also do this. 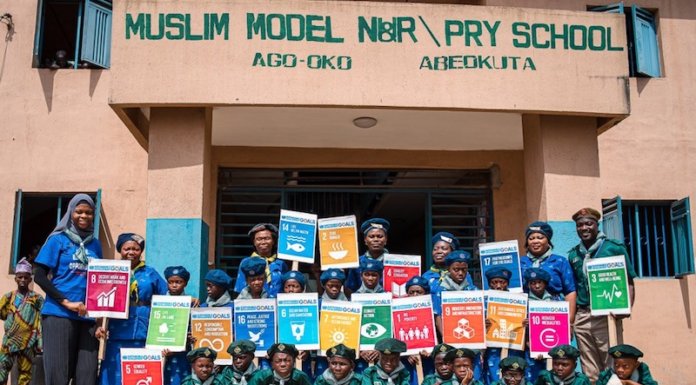