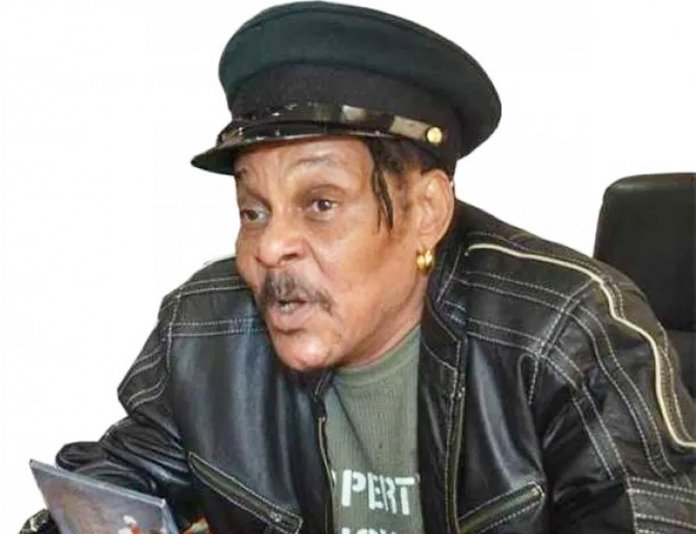 Those words of the ‘Prisoner of Conscience’ in an interview he granted sometime in January 2017, come into reckoning considering that he spent 25 of the better part of his last years as a junkie and an alcoholic, shortly after hitting superstardom, his onetime manager and bosom friend, Azuka Jebose, once wrote in an article in 2016. Jebose added: “Majek stopped being musician years ago. He traded music for addiction. I wait for his obituary, some day. Those around him today had abused and used him.”

To many, Majek Fashek’s last days on earth could better be imagined than described. Yet, Majek will continue to live on in the minds of many, especially his friends and fans.

Former PMAN President, now Chairman, Copyright Society of Nigerian, Tony Okoroji echoes it better thus: “Everyone knows that Majek Fashek was not just my colleague. He was my friend. He stood by my side and supported me from head to toe over many years. We have shared many memorable moments together. His passing on has put tears in my heart but I am consoled by the fact that there is no need to immortalize Majek Fashek. He has immortalised himself through his unforgettable songs and lyrics.”

Real name Majekodunmi Fasheke, the singer was acknowledged as an extraordinary talent who blessed the world with a unique version of reggae music birthed by the infusion of special African rhythms and sounds that he named “kpangolo”.

With his creative genius, remarkable stage presence, deep spirituality and commercial appeal, Majek Fashek redefined what it meant to be a globally-recognized African music star. He broke all barriers and penetrated hearts and homes beyond the shores of the continent. Majek’s success in the late 80s and early 90s helped breathe new life into the local Nigerian music scene, and his works continue to inspire today’s generation of artistes and performers.

The singer, songwriter, guitarist and once actor, like many other Nigerian musicians, had his root in church as a choirboy. A lot has been published, written and republished about the acclaimed Rain Maker since he succumbed to death at a New York hospital at 57. Heart rending are these narratives on the iconic reggae musician, especially people who encountered the superstar one on one. From his meteoric rise to fame, to his battle with spiritism and addiction to drugs and alcohol, and subsequent fall to insignificance, as massively reported, his exit to the great beyond has brought relieve to his soul.

Fashek’s drug addiction came into public focus in 2015 when it was revealed that the star was bankrupt. Pictures of an emaciated Majek surfaced online and shocked many Nigerians who expressed deep concern about the state of health of the reggae star. He sought help and was checked into a drug rehabilitation centre in Abuja. Upon recovery, he made a return to the music scene in 2017. That was the final time he attempted a comeback.

While the perceived causes of his predicament were rife, the Benin born star gave a different perspective: “Let me put the record straight. I never used drugs. I was actually experiencing some spiritual attack at that time. My problem was spiritual and not drugs. I went through some spiritual problems and I paid the price for them. That was what happened to me, it wasn’t about drugs. It wasn’t every story that was published about me that was true. Some people are full of scandals; most people don’t want me to bounce back.”

True to Majek, the widely believed notion that the hit maker had hit rock bottom due to heavy drug use, his cousin and former band mate McRoy had attributed the late music icon’s predicaments to ‘spiritism’. As noted in an article in 2013, only a few people knew the late music icon better than his cousin and former band mate Amos McRoy, last name Osifo, now a clergy man.

As cousins, McRoy and Majek started their music careers together and were part of the group called Jastix along with Black Rice who was the lead singer. One of the main gigs of the band was to play at music show ‘Music Panorama’ which aired on NTA Benin. Jastix also toured with The Mandators during this period. When the Jastix disbanded, McRoy and Majek focused on their solo careers but also remained very close.

In the 2013 interview in the defunct Entertainment Express newspaper, McRoy gave a detailed revelation of the mysterious fall of Majek who at that time had already hit rock bottom. “Prisoner of Conscience was released to instant success. Success doesn’t change a person. It brings out the real you. Till tomorrow, Majek is still the same person in terms of humility, in terms of carriage and the rest of it. His problem: he listened to wrong advices. That is the root of his current predicament.

“Many people think Majek’s problem is drug-related. Truth is Majek’s problem is spiritual. Majek strayed into spiritism. Once, while on stage, Majek said, ‘Oh, Fela is my boy. Bob Marley is my boy’. He made that statement during a Rothmans Show at Tafawa Balewa Square and Dede Mabiaku, Fela’s protégé, went berserk. It took the intervention of Eddie Lawani to calm him. Dede didn’t quite understand what Majek was talking about. He was taking it from the physical sense, whereas Majek was talking spiritual.

“Majek went into spiritism at a lightning speed – like jumping from kindergarten straight to the university without a linking bridge. He was not properly schooled. So he couldn’t keep the rules. Majek totally ‘crossed the line’ after the release of ‘Prisoner of Conscience’. Those days, we were sharing the same duplex at Anthony Village. I would see the Guru Maharaji people come to visit him. The same Guru Maharaji we all know, just starting out at the time. The Hare Krishna people also came. I thought ‘oh, this guy is popular, that’s why they are coming to him for one favour or another’. I didn’t know that it was deeper than that.

“Majek released his album in April 1988. I released mine a year after. We were under the same management. We rehearsed at the same place, using the same band as back up. One day, we were coming from rehearsal; he was driving his Peugeot 505 car. One of our backup singers, Monica Omorodion (who now lives in the US), said ‘Bros Amos, why is your record not making waves like Majek’s, or The Mandators, or Kimono?’ Majek looked at me in the rear mirror and said, ‘Don’t mind Amos. He doesn’t want to ask me the road I passed to become a star. He thinks it is good record that makes someone a star’.

“When he made that statement, I gave him a knock from behind. ‘My friend shut up there! What are you doing that I am not doing?’ I said. He switched to Benin language. ‘This is not the Majek you grew up with’, he said. Still I did not understand. It took me 10 years to connect the dots. Not until we went to Cote d’Ivoire in 1998 that Majek told me certain things, that I became aware, in hindsight that ‘okay that is what my brother was talking about back then’. . .”

At the crowning moment of his career in 1988 when he released his first album ‘Prisoner of Conscience’, which included the multiple award-winning single ‘Send Down The Rain’, to when he released Little Patience, his eight studio album in 2004, Majek hugged limelight with hit songs such as Majek Fashek Ina New York, Holy Spirit, Free Africa Free Mandela, Mother, and I Come From The Ghetto. His 1991 release So Long, Too Long, which carried a strong political and pan-African message pushed Majek Fashek’s popularity beyond Africa. As a sign of his international reach in 1992, he appeared on the high-profile David Letterman chat show on US television, where he sang “So Long Too Long.”