In February 2020, the dreaded Corona virus (COVID-19) Pandemic landed in Nigeria through an anonymous Italian who flew in from Milan, Italy. Today, that gusty wind of COVID-19 has blown and the proverbial fowl’s rump has been exposed. Evidently, Nigeria will never be the same again. Hurricane COVID-19 has laid bare the evident contradictions and misnomers that, over the years have become normal in Nigeria. The Nigerian federation has not worked and cannot work as presently configured.

Unfortunately, those in charge of the nation’s power levers have become so used to the aberrant that they are afraid of accepting the reality: that restructuring cannot be wished away. However, there was a man, the Nigerian Nostradamus, who saw tomorrow and shouted like a lone voice on the theme of restructuring for a more efficient federal state. His colleagues in the corridors of power paid him no heed. To them, he was just on an academic exercise. After all, he is a professor and professors are known for big grammar and grandiose ideologies.

In Africa, political leaders don’t talk while eating. Yet, this man did the unthinkable: he advocated for restructuring and devolution of powers from the Centre to the federating units while he was the Deputy Senate President, the nation’s Number six citizen!

That man is Senator Ike Ekweremadu. In lecture after lecture delivered both locally and internationally, in various bills he sponsored at the senate floor, in various interviews and media engagements, as a three-time Chairman, Senate Committee on Constitution Review, this man fondly called Ikeoha Ndigbo, espoused far reaching changes that would recreate the Nigerian federation into a viable enterprise.

Most outstanding among the efforts were the amendments in the 7th Senate that dealt substantially with devolution of powers by transferring aviation, power, railway, etc. from Exclusive List to Concurrent List. But that batch of critical amendments was lost in the politics of whether President Jonathan signed or didn’t sign it. The bottom line is that today, these critical sectors are still in the hands of the federal government, which has shown both lack of capacity and vision.

Today, those changes he advocated have become the compass that will direct Nigeria out of the COVID-19 induced bankruptcy staring her in the face into a stable and more prosperous nation that can boldly take its place in the comity of nations as a true “Giant of Africa”.

Like the American philosopher, Henry David Thoreau said, “If a man does not keep pace with his companions, perhaps it is because he hears a different drummer. Let him march to the music which he hears, however measured or faraway”
Yet again, Abraham Lincoln, a former American President said, “Be sure you put your feet in the right place, then stand firm” Indeed, Ekweremadu, like a visionary leader has been marching ahead of his companions and has stood firm, being convinced that he put his feet in the right place.

The changes Ekweremadu advocated include: abrogation of the present feeding bottle federalism to revive real fiscal federalism that will enable every federating unit to harness it’s resources both human and material to chart it’s own pathway to.growth at it’s own pace without being burden to others, creation of state police to deal with the escalating security challenges because the unitary police has proved both improper and unworkable for a federal system, preservation of the Middle Class, the Nigeria Beyond Oil mantra, single term, but rotational presidency, among others.

His idea of restructuring is a Win-Win situation, a phased (gradual) restructuring to allay the fears of those opposed to wholesale restructuring at a go. For instance, he proposed an Equalisation Fund to ensure that every state, regardless of it’s income, thrives above a reasonable threshold. This is obtainable in other federations such as Canada where the Equalization Fund was introduced in 1957 as a federal transfer payment programme designed to reduce the differences in revenue-generating capacity across Canada’s 10 provinces. And it is financed entirely from Government of Canada general revenues.

Ahead of the 2023 Election, it is time to look at his proposal for a Single Term Presidency that would rotate among the 6 geographical zones is the surest way of averting the 2015 Presidential Election scenario, where Jonathan’s phone call saved Nigeria from perdition.

“The truth is that it is difficult to tame corruption where the federating units virtually run on free federal allocations that some people see as national cake, not as their own sweat. Conversely, the people will be more vigilant and ready to hold their leaders accountable when the federating units begin to live largely on internally generated revenues and their sweat”, Ekweremadu once said during a public lecture on “Federalism and the Legal Framework for Combating Corruption in Nigeria” at the University of Ibadan some years back.

This quote exactly mirrors the Nigerian situation, today. It probably only in Nigeria that if you go to Abuja and bring back some loot, your people will celebrate you as a champion, but if you mismanage one kobo from just their Town Union funds, the same people will ask for your head! They will fight you with everything at their disposal, including juju, because it’s their sweat.
In Post Covid-19 Nigeria, security vote for State Governments cannot be sustained. Rather, security expenditures should be appropriated by the state legislatures just as the National Assembly appropriates defence budgets at the Federal level.

Its merits far outweigh its demerits, which is chiefly abuse by State Governors. In Nigeria where power is devolved from the centre to the federating units, Ekweremadu graphically and intelligently infused provisions that would make the abuse of state police by State Governors almost impossible. But in addition to those provisions to drastically reduce abuse, I also suggest having Zonal Police Commissions. Ekweremadu has also been an advocate of Nigeria Beyond Oil. According to him, oil and gas is among the least strategic endowments of the nation today and in the years ahead. Oil is fast losing its import in the global economy.”

If the Nigerian Government had heeded his prompting, the billions of Naira recently spent in oil exploration in the North would have been invested in large scale mechanised agriculture/food processing, mining of solid minerals, and tourism. Today, Bauchi is the 8th poorest state in Nigeria despite her rich tourism potentials whereas in countries like Kenya and South Africa, tourism contributes significantly to their GDP.

Also, the Federal Government should invest heavily in the 45,000 hectare Bobi Grazing Reserve and others in Niger State provided by the State Government so as to keep the Fulani herdsmen and their cows in locations that will be run according to international best practices. With that Niger State will produce export quality dairy products. That will also eliminate open cattle crazing which has been the cause of conflict between Fulani herdsmen and farmers across Nigeria.

Ekweremadu also advocates for Wealth Redistribution and restoration of the Nigerian Middle class. In 2004, as Chairman, Senate Committee on Housing, he called for the setting up of a Housing Trust Fund from the proceeds of the sale of public buildings whose focus will be helping low income earners and the Middle Class to own their personal houses.

Again, in March, 2017 while delivering a lecture at the University of Ibadan, he called for the upgrading of civil servants’ minimum wage from N18,000 to N50,000 as a way of curbing institutionalised corruption and providing a lifeline to Nigeria’s endangered Middle Class.

Finally, the National Assembly needs to follow the Ekweremadu compass by expunging wastefulness and profligacy in all ramifications. As such, unproductive expenditures like new cars for National Assembly members, renovation of the National Assembly Complex and any wasteful items in the budget even from the executive has to be discarded. Already, the Executive arm under President Muhammadu Buhari has taken a step in line with the Ekweremadu compass by announcing its intention to implement the Orosanye Report on the Reduction of the Cost of Governance. A key component is the reduction of salaries and other emoluments of all Government officials, both elected and appointed, whether in the executive, legislative or judiciary by at least 50%.

Nothing can be a more befitting salute to Ekweremadu on this his 58th birthday than that Nigerian political leaders follow the Ekweremadu compass to navigate Nigeria out of this COVID-19 induced turbulence, turning adversity into prosperity. 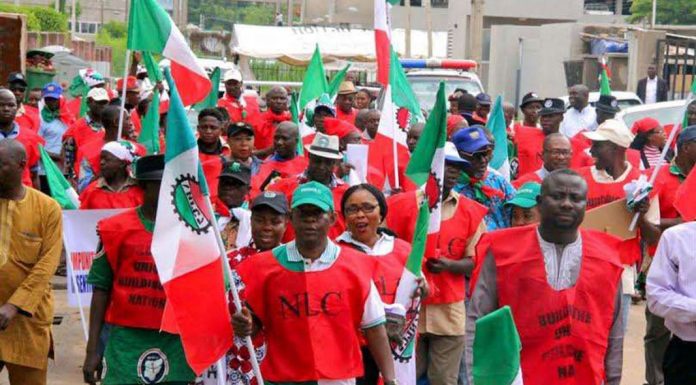