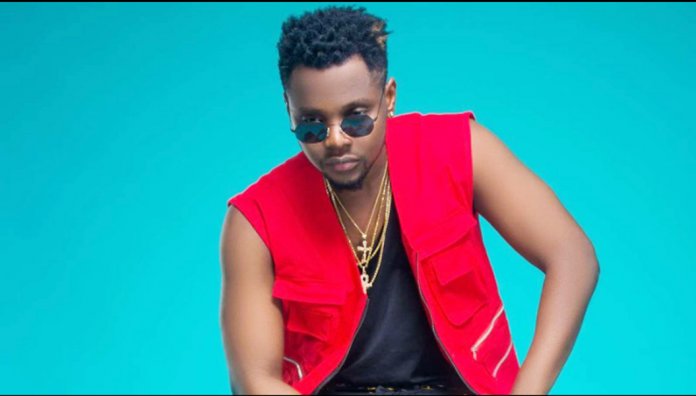 Fly Boy Inc. honcho, Kizz Daniel has announced that his third studio album ‘King of Love’ would be released on June 25, 2020. The new body of work comes two years after his last album, No Bad Songz and four years after his debut, New Era. With the upcoming album, the ‘Woju’ crooner is expected to take fans on a unique romantic journey that would leave everyone asking for more. The 16– track project promises to answer questions as to why Kizz Daniel has chosen to assume the title, King of Love.

The King of Love album will be released in volumes and available only on digital stores. A glimpse of the artwork and track list unveiled via his Instagram includes song titles such as jaho, boys are bad, need somebody, tempted to steal, one day and find a bae. And it has four songs produced by Young John, Selebobo, KrizBeatz and Philkeyz. This body of work is quite special to Kizz Daniel as he got a tattoo with the album title on his arm to tell fans King of Love would remain evergreen.

From his breakout hit, Woju, to songs like Mama, Poko, One Ticket, 4dayz, and outstanding collaborations like True, Jore and Loyal goes to show that when it comes to singing about love, Kizz Daniel has made a point as he acclaims self the “King of Love”.

Vaddo as Kizz Daniel is also known hasn’t had much work out there this year, although, he featured on Adekunle Gold’s hit song titled ‘Jore’ which is still doing very well out there despite being released months ago in January 2020. Kizz Daniel, whose real name is Anidugbe Daniel, had strategically released, on the success of his 2019 outing last December, an inspirational song ‘Jaho’ off his forthcoming record just to gain traction in the current year. And it did quite well getting massive airplays and downloads.

Interestingly, Vado paints his lyrics most times with his experience of being in love, how he was treated in a relationship as well as aspirational romance. Kizz Daniel, who changed from Kiss Daniel after leaving his former label, G-Worldwide Entertainment to float his own ‘Fly Boy Inc.’ has given music lovers hits on hits over the years. He rose to prominence with the song ‘Woju’ and hasn’t slowed down since then. From his chart-topping single ‘Woju’ at inception and his critically acclaimed song, ‘Yeba’ to a third follow up single, ‘Laye’, the afro-pop afro-beat singer sure won the hearts of music lovers.

His debut entry song was yet to live up to its potential when he stormed the scene with the smash hit ‘Woju’ produced by DJ Coublon in September, 2014. The video, shot in Lagos and directed by Adasa Cookey, was a success. The track held siege of the MTV Base Naija Music chart for over two months, occupying the top spot for six weeks. While fans were still basking in the euphoria of the new hit, he did collaboration with two music superstars Davido and Tiwa Savage and brought out the remix, thrilling the target audience once more.

This development set a record.

The remix of ‘Woju’ peaked at Number 1 and Number 2 respectively on the MTV Base Official Naija Top 10, the first time that an original song and its remix would peak at the first and second positions on the chart. Kizz Daniel released his first studio album titled New Era on May 14, 2016. Then in 2018, he released ‘No Bad Songz’ a 20 track album as his debut under his imprint Fly Boy Inc.

With the New Era, he got a Headies Awards to prove he had the best album of 2016 which showed that his work did not go unnoticed. The album went viral and it got universal recognition which also made him happy. He initially had doubts about the album. “I am glad I made the album because initially, I had doubts about its success. I thought it wouldn’t be a hit because I did not feature major players in the music industry. Thankfully, it came out well and the fans loved it.”