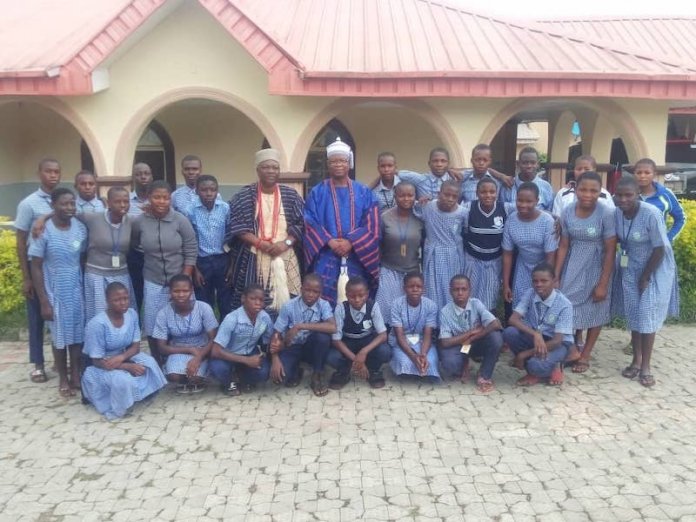 The Orangun of Oke-Ila Oragun, Osun State, Oba Adedokun Abolarin is redefining qualitative education with the establishment of Abolarin College in the state, for brilliant but needy students, Abolarin shared with Funmi Ogundare his vision of grooming outstanding students. Already, students of the college are winning state and national awards in creativity

Twenty-eight students of the Abolarin College, Oke Ila-Orangun, passed the 2020 Unified Tertiary Matriculation Examination (UTME) as they all surpassed the cut-off score of 150 marks that JAMB stipulated for admission into tertiary institutions.

While 15 students scored 200 and above, 12 of them scored between 180 and 199, while one person scored 165. The highest, Master Gabriel Micheal had a total score of 266 in his subject combination, while Master Sadiq Adebayo scored 165.
It was the first public examination for which the students from the less privileged background would be sitting since the establishment of Abolarin College in September 2014.

The founder, Oba Adedokun Abolarin, delighted at the success of his students, attributed it to the Grace of God.
According to him, “I don’t think we have a bad result considering that we pick our children from public schools. These were children from our neglected primary schools that we have groomed. With our total and positive maximization of our time, we ensured they studied, played and worked extremely hard to succeed. The environment is also very conducive, with no distraction.”

Abolarin College has made a deep-rooted impact in capacity building and empowerment of children from impoverished backgrounds. The lawyer-turned monarch said he set up the tuition-free and all-boarding college to bridge the gap between the rich and the poor, on the one hand, and attempting to eradicate poverty on the other side.

“Since I became a monarch, I knew I had a mission, and that mission for me was to concentrate on the poor and weak. That has always been my philosophy. So the lord just directed me to this missionary work. My bible tells me that we should always satisfy the hungry and afflicted souls.
“The students are given personal laptops, school uniforms and bags, prescribed textbooks, learning aids, as well as writing materials that would enhance their learning. I am a traditional ruler and a Christian. I celebrate diversity,” he stressed.

Abolarin College allows the students to express their potential under a conducive and inspiring ambience. The traditional ruler also teaches a number of subjects at the college.
On the achievements of the students, Oba Abolarin said: “Naturally, they are gifted, resourceful and creative. They go for spelling bee and cultural and art competitions and emerge either first or second position.

“They won the 41st Duro Ladipo Memorial Art Competition for schools in Osun State last year. The students won awards for the best storyline, the best producer, and Sefiu Tijani won the best male actor. They made me happy. We don’t do any other thing apart from accomplishing our stated objectives.”

He said the college is grooming a crop of students who would be change agents.
The former lecturer of the then Oyo State College of Arts and Science stated his vision: “Our vision is to bring hope to otherwise hopeless children and groom them to become leaders that would help Nigeria achieve the dreams of her heroes past. Our mission is to build a world-class institution for brilliant students from poor or broken homes. Though they may not enjoy the luxury of Ivy League institutions where money, power and influence reign, they have availed the same qualitative education, offered at astronomical costs by the elite schools, at zero cost to their parents regardless of their ethnicity and creed.”

The founder said the college ensures that the students recite its anthem every morning as a guiding principle to enable them to know that they should be ready to serve the nation.
“The school anthem is a prayer which we recite every day. They are going to be servants in all areas, wherever they find themselves and from there, they know that they can lead very well. That is our prayer, aspirations and visions for them. That is how we think they can change Nigeria. It’s not easy. We started with 35 students and to the glory of God, we have 130 students boarding.”

The school is not preparing the students for school work alone, as it tasks them to cultivate the land and grow their food. They spend at least one hour on the school farm four days a week and between 6am and 9am every Sunday.

“The students grow all the food they consume and work with the kitchen staff to cook their meals. They do their laundry themselves, clean their dormitories and environment and generally take good care of the school,” the royal father said.
Asked how he gets funding for the college, he said, “I thank God for my friends. We have benefactors who believe in my commitment and passion. They often make the pledges and deliver as promised.”

THISDAY spoke with some of the teachers about the students under their care. They described them as exceptional and creative.
A Maths teacher, Mr. Ayo Arowolo said each time the college admits new students, and after spending a term and going for a holiday, their parents would call the management and teachers to pray for them.
“They usually ask us if there is any special food we are giving to them. Because of the transformation parents have seen in their wards, they will begin to rain prayers and praises on us.”

In terms of academics, he described the students as exceptional, despite their rustic educational background, saying, “they are doing very well in quiz and debates. There are some private schools around us here, once they know that our school has been invited for any competition, they develop cold feet and quit because they believe that we will be exposing their schools.”

He said the students are creative and had won awards for the best cultural and drama competitions for the state.
“We have the best cultural and drama group in Osun State and have won several competitions. Two of our children represented the state at NTA/ETV Expo in Abuja on drawing and carving. They are also good in tie and dye, batik and beads,” Arowolo said.
The Housemaster, Mr. Oladele Adeyemo, charged with the task of caring for the students’ well-being and offering them support and advice, also described them as pleasant despite their poor backgrounds.

“They key into the school’s core values and never complain. Although it hasn’t been easy, I give God the glory.”
During the lockdown, THISDAY met with some of the students who made the college a home away from home, and they told this reporter how their studies have improved as a result of the efforts of Oba Abolarin. They now find life more enjoyable at the college.

Master Emmanuel Makinde is in JSS 1. Although a pastor father raised him, he mixed with friends whose ways of life were not worthy of emulation. He liked the none-of-the-rule approach and attitude of some of them who are not hindered by doctrines and rigid manners. He always wished to be with them and indulge in their nefarious activities sometimes. He ran away from home to be with friends. It was while engaging in one of such events that the police arrested him and took him to a correctional centre in Osun State.

However, he was exceptional at the correctional centre, prompting his supervisor to wonder why he was brought there in the first place. Oba Abolarin discovered him at the centre and did not want him to go back to the streets. He got a scholarship into the college.
Makinde told this reporter, “I used to be a very stubborn boy, but I am happy to be at the college now because Oba Abolarin has been taking good care of me since I got here. I am finding life at the school interesting.”

Miss Sewa Kolawole is in SSS 2, the sixth child of a family of 10. Sewa hawked pounded yam and soup in Oke-Ila Orangun before she could get food. Life dealt a cruel one on her. Her father never cared about her education, while the earnings from her mother’s petty trading could not support her children.

However, just as she thought all hope was lost, a powerful ray of light appeared at the horizon. Abolarin College came to her rescue. She got admitted to the college and life took a turn for the better for her.
She told this reporter that she aspires to pass out of the college as the best graduating student.
“I hope to study medicine in the university and become one of the best doctors Nigeria ever produced.”

The Osemawe of Ondo Kingdom, Oba Victor Adesimbo Kiladejo commended Oba Abolarin for extending his benevolence to indigent students, whose parents could not afford to sponsor their education, despite their brilliance.

“This is a project that time and calendar can’t obliterate. Abolarin will long be remembered for the initiative, like Thomas Jefferson who prefered to be remembered primarily of being the father of Virginia, rather than third President of the United States of America and author of the American Constitution,” he said. 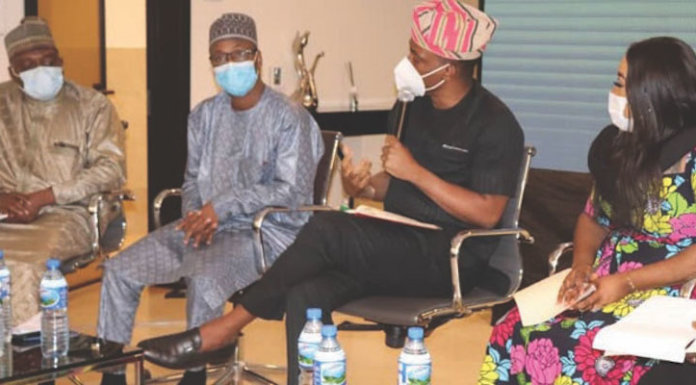