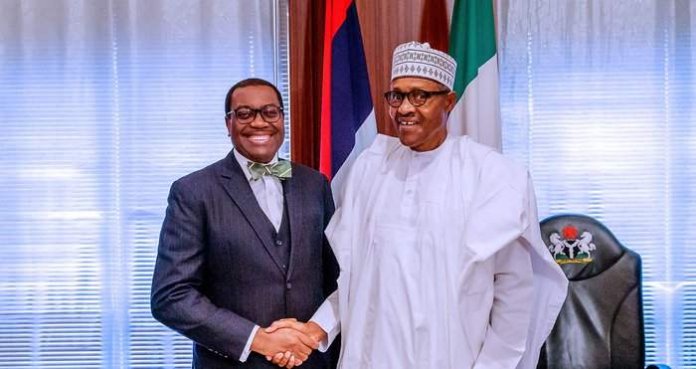 President Muhammadu Buhari is currently meeting with the President of African Development Bank (AfDB), Dr. Akinwumi Adesina, behind closed doors at the Presidential Villa, Abuja.
Adesina, Nigeria’s former Minister of Agriculture, has been in the eye of the storm over allegations of impropriety levelled against him by some whistle blowers in the bank.
Despite being given a clean bill of health by the bank’s Ethics’ Committee, some AfDB stakeholders, notably the United States Treasury Department, have rejected the decision and called for a fresh probe.
But prominent men and women on the continent including 15 former heads of governments have thrown their weight behind Adesina, describing the call for fresh probe as baseless.
It is believed that the ongoing meeting between the president and Adesina is not unconnected with the development.
Details later
.