Francis Sardauna in Katsina and Onuminya Innocent in Sokoto
Amid sustained attacks that have claimed scores of innocent lives in Katsina and Sokoto states recently, over 5,000 residents have been displaced from their ancestral homes due to the activities of armed bandits and invaders.

Despite the consequence of previous attacks on the agrarian communities, the bandits unleashed fresh onslaughts on Matseri, a community in Faskari Local Government Area, Katsina State, killing three and injuring seven.

In Katsina, THISDAY findings revealed that over 2,624 victims had abandoned their ancestral homes, and now take refuge at Faskari Model Primary School, the Headquarters of Faskari Local Government, Katsina State.
The Chairman of the temporary camp, Mr. Aliyu Lawal told THISDAY yesterday that over 3,000 had been displaced within the council and were squatting with their relatives in Faskari town due to lack of accommodation in the makeshift camp.

The fresh onslaughts on the villages were coming barely three weeks after the deployment of Special Forces personnel by the Chief of Army Staff, Lieutenant General Tukur Yusuf Buratai,
Chief of Air Staff, Air Marshal Sadique Abubakar and the Inspector-General of Police, Mr. Mohammed Adamu to flush out the bandits in the state.

The internally displaced persons (IDPs), majority of whom are women and children, were forced out of their villages as a result of sustained deadly attacks by the armed bandits.

During a visit to the camp yesterday, THISDAY observed that children, mostly infants were clung to the breasts of their mothers, who could hardly eat three square meals per day.

“We also have over 3,000 IDPs who are staying with their relatives in Faskari town due to lack of space in the camp, bringing the total number of displaced persons as of Saturday in communities across Faskari LGA to over 5,000.

“These thousands of people were displaced as a result of banditry activities in the local government. Some of them have relocated completely from their villages.”

He called on the federal and state governments to, as a matter of urgency, come to the aid of the affected people by providing relief materials that would assuage their sufferings.

“Things that the IDPs needed most are beddings because as you can see some of them are sleeping on bare floors. Apart from beddings, there are other essential needs like foods, mosquito nets and other things that will reduce their hardship.”

Residents said the three persons were killed by the bandits who stomed the village on Friday night when the villagers were asleep.

One of the residents, Usman Tsauri, who confirmed the incident to THISDAY in a telephone interview on Saturday, said about 15 bandits riding on motorcycles invaded Matseri and adjoining villages shooting sporadically and in the process killed the victims.

The attack took place just about 48 hours after the hoodlums killed 14 people in Ungwan Gizo village and kidnapped four others, including a Customs officer in Mairuwa village of the council area.

He said: “We were sleeping when the bandits numbering about 15 on motorcycles attacked our village (Matseri). They killed three people on the spot and injured seven people who are presently receiving treatment in the hospital.

“They took my 15 bags of fertilizer which I bought for this year’s farming season and rustled all my cattle. Killings in Faskari is becoming a daily occurrence, government should assist us please”.

Abubakar, the air chief, arrived Sokoto to meet Sultan and Aminu Tambuwal to chat a way forward. At the meeting, the monarch appealed to the federal government to equip arm forces in order to fight insurgents and bandits ravaging the country.
He added that the incessant attack on innocent Nigerians by bandits and insurgents “are matters of concern. The attack should be investigated to unravel those behind it, their motives and also their sponsors.”

He further enjoined the federal government “to adequately fund the Nigerian military for effective operations stressing that the military need modern equipment in the fight against the insurgents and bandits.”

Sultan said the traditional rulers in the state were ready to cooperate with military in providing intelligence information to enable them track criminals in the area.

In his response, Abubakar said he was in the palace to thank the monarch for his support and also to access thei force’s operational strategy if there would be need to improve.

He disclosed that air surveillance was deployed “to the areas in order to unveil the bandits camping and flush them out.” 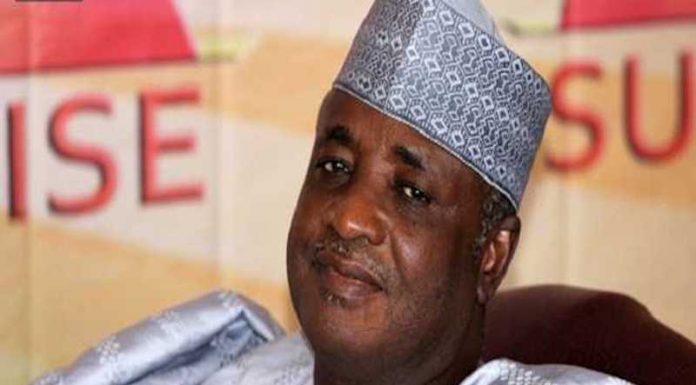