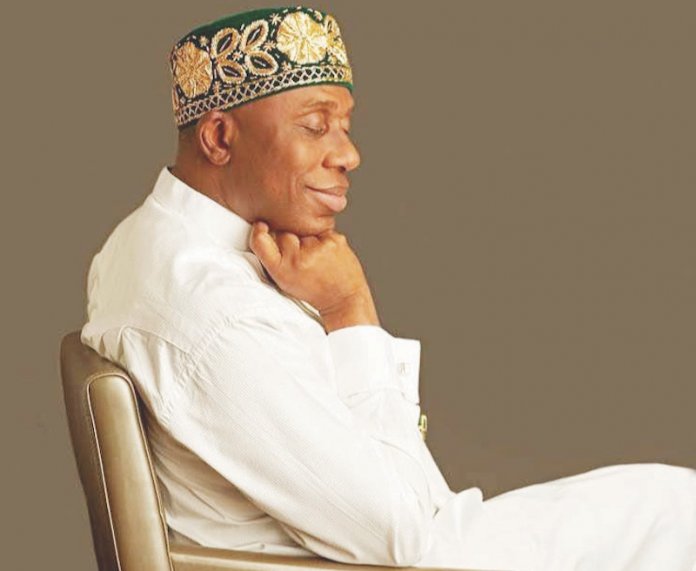 At 55, Minister of Transportation, Rotimi Amaechi has so far led a life worthy of emulation. Olawale Olaleye writes

The Minister of Transportation, Rotimi Amaechi, is arguably one of the few persons, who often indulge me – no matter my excesses. He is by every measure a very kind and generous man. For a relationship that is inching closer to two decades, it takes not much to speak with authority about him.

The mutual trust, loyalty and understanding that we share, define not just the foundation of our friendship, but the sustaining substructure as well as the promising superstructure.

About two weeks ago, I shared with him a post, which read: “Maybe sometimes people did not actually change. Maybe you just never knew who they really were. Just maybe.” After reading it, he replied, “True”. Then, I retorted: “I’m sure you knew why I sent it to you, sir?” His response was straightforward. “Yes, and I put it up on my post,” he noted.

Largely misconstrued as pugnacious, Amaechi is only pervicacious. That disposition is however not far-fetched. You can’t claim to know him and still join his critics to promulgate the former, which is nothing but sheer lies or at the most, misconception. While it may be easy to mistake his being headstrong on principle as being quarrelsome, they are certainly not the same, if and when we get down to brass tacks.

It goes without saying that Amaechi has not been very lucky with ‘loyal political allies’, many of who live only for the moment – typical of the average hustler on the turf. But what no one, including those who had fallen out with him, could deny is the fact that he remains a good, kind, generous and dependable individual. Amaechi does not and will never abandon his friends. It’s not him.

It might be convenient for some to concoct stories to suit certain political ends or sustain an issue for the time. The fact that Amaechi consciously looks out for his friends and follows up where such is compelling has never been up for a debate.

Perhaps, for reasons of individuality, which boils down to style, there were things he could have handled differently from the standpoint of leadership. This is not because his other choices were not right, but because other interests could have been taken into account if flipped. It still would not strip him of his true identity, which is peculiar and indeed, something to die for.

I’d personally taken up this matter with him and mooted the need to review style given the rate at which some of his allies were falling out with him. Whilst he didn’t dismiss my concerns and granted me audience respectfully, his analysis of some of the situations bolstered my love for him and the reason I could relate with the post cited earlier. It is also why I do not think any excuses could suffice in defence of the disloyal folks or ‘frenemies’ generally. Or how do you justify willful betrayal or a conscious attempt at decimating one’s benefactor, because his suggestions didn’t sync with your interest at the time, even when same approach had worked for you too in the past? Honestly, it is truly who they have always been; people just didn’t know.

As one of those who can directly speak of Amaechi’s kindness, I admire his spirit of giving. He has intervened in the lives of many people just because I asked him to and without thinking twice. I’ll cite just one example, which still excites me till date.

It was sometime in 2013. Otunba Femi Davies called and asked me to speak to Amaechi to assist OJB Jezreel, the late talented music producer that needed a kidney transplant at the time. I didn’t argue, because it was urgent. I called and told him. He asked how much was needed and I said about $80,000. He said, “Okay, tell them to do a letter to the governor of Rivers State and bring it”.
I took the letter to him at Southern Sun Hotel, Ikoyi, on a Friday and he said, “give it to Debewari”, his Orderly. By Monday, he had not only approved it, he had increased it to $100,000 and also released it immediately.

I was later angry that OJB, whom I never knew or met before undertaking to assist, did not even deem it fit to ask to meet with Amaechi and appreciate him, even though Amaechi might not have agreed to an appreciation visit, because he didn’t want any undue exposure from a ‘simple act of kindness’, that OJB is no more makes it a non-issue thereafter. But, of course, it did mean a lot to me as a Yoruba man, because my people say ingratitude is worse than robbery.

In fact, Amaechi once challenged me if I ever gave the impression to people that I had a ‘vote for humanitarian services’ from the Rivers State government, because of the rate I pleaded with him to intervene in the lives of people, many of which he did to the best of his ability.
Kind, honest and dependable, Amaechi is ever willing to help and he always does so to the best of his ability. There’s nothing he cannot give for as long as it is within his reach and means. He would do without any expectations in return. He is genuinely a very good man.

I also believe he always does so, because he is conscious of the grace he carries. There’s no way the story of Amaechi’s sojourn would be told and you would not see very clearly the role played by grace from the very humble beginning. Even more cheering and noteworthy is the fact that the grace hasn’t left him.

However, the Yoruba are of the opinion that the older a man gets, the more he is expected to reduce his inclination to war of attrition but be more accommodating of all tendencies, because that is the place of age, maturity and leadership. There’s no debating the fact that in Rivers State, today, no one can compete favourably with Amaechi’s political resume.

Also worthy of note is that almost everyone camping against you today had been employed by you at one time or the other; you’d either facilitated their appointment in certain capacities or fired up their candidacy in an election – a role that can never be reversed in your case again. None of them can either employ you or pay your salary again. You long crossed that bridge.

Above all, their stories will never be complete without a mention of your name, even if grudgingly, as the one benefactor that is common to all of them, no matter how hard they try to gloss over that part. I believe that’s enough take-away for you. Indeed, a gratifying take-home!
Happy 55th birthday and a wonderful Children’s Day to a ‘Product of Grace’ amongst us!
–––Olaleye is the Deputy Editor, THISDAY on Sunday