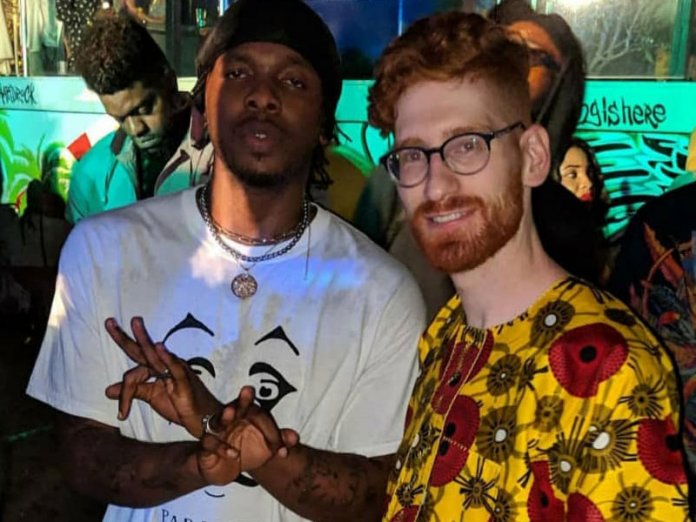 Connell Thompson is an American based saxophonist, popularly known in the United States for his remixes of top Afro-beat songs by Runtown, Davido, Mr Eazi, Burnaboy, DJ Neptune and many more.

Thompson went viral all over the internet and became popular in the African community after some Instagram posts by several onlookers in the NYC Subway including CEO of Bodega World Music, actress and singer, Ms.Bodega, who discovered his unique talent and offered her company to manage the artiste with the assistance of one of Nigeria’s creative Directors, Oluwole Ogundare.

Since then he has been touring the world and performed on different stages with Afrobeats artists, Runtown, Teni, Seyi Shey, Gospel artists Chris Shalom, Diana Hamilton and even played the National Anthem for Ghanian President Nana Akufo-Addo.

One of Africa’s top comedians Ayo Makun, popular Instagram Blogger, Tunde Ednut, and Davido recently posted him on their Instagram pages as well as the ‘The Shade Room’ with his excellent performance of Davido’s Popular song “Fall”, for a high school graduate, while practicing social distancing for her Graduation Party.

In the past he has received attention from Reposts by American Rapper Snoop Dogg for performing a Drake and Rihanna’s song as well.
In a chat, he said “I love Afro-beat Music and it has influenced me in many ways. African people love to party and they love to dance and it gives me so much joy when I see that they want me to play at their events and be a part of celebrating their amazing culture and music with them. It’s a great honor.” This has landed him on America’s top Blog “theshaderoom”.