The Federal High Court sitting in Abuja has upheld the powers of the Independent National Electoral Commission (INEC) to de-register the National Unity Party (NUP) as a political party.

The presiding judge of the court, Justice Taiwo Taiwo, found that INEC validly exercised its powers in Section 225A of the 1999 Constitution (as amended), when it deregistered NUP as a political party.

He held that the party provided no evidence that it met the criteria for it not to be de-registered.

The judge made the pronouncement in NUP’s suit filed on February 24, 2020 against INEC

The suit sought four reliefs, including an order nullifying its or any other party’s de-registration by INEC “until election is fully conducted in the 774 local government councils and the 36 states of the federation.”

The other reliefs included a declaration that INEC has no power under section 225A of the Constitution “to de-register the plaintiff as a political party or any other political party for failure to win any of the offices mentioned therein or score certain per cent of votes mentioned therein without the completion of election in the 774 local government areas in Nigeria and all the states of the federation.

In support of the application, the party filed an 18-paragraph affidavit deposed to by Abigail Audu on January 21, 2020.

Dismissing the plaintiff’s case, Justice Taiwo held, among others, that the plaintiff failed to prove its case.

“On the violation of section 225A(c) of the Constitution (supra), the plaintiff has contended that chairmanship and councillorship elections are yet to be conducted in various states and as such it ought not to be de-registered.

“This court finds this untenable as it will be preposterous to interpret the said provisions to be dependent on purported conduct of all local government or area council elections at whatever time it is conducted,” he said.

The court also took judicial notice of the fact that all elections contemplated within the ambit of Section 225A of the Constitution have been held since NUP’s registration as a political party.

“There is nothing before the court to show that the plaintiff, even in the states where elections into local governments have been held, has met the criteria for it not to be de registered.

“Furthermore, the plaintiff has not shown how the exercise of the power was at variance with the law or ultra vires. The act of de-registration of the plaintiff is within the vested constitutional powers of the defendant.

“…I cannot but come to the conclusion that the plaintiff has failed to prove its case…The reliefs being sought cannot in anyway be granted in the light of the constitutional provisions under which the suit was brought,” Justice Taiwo held. 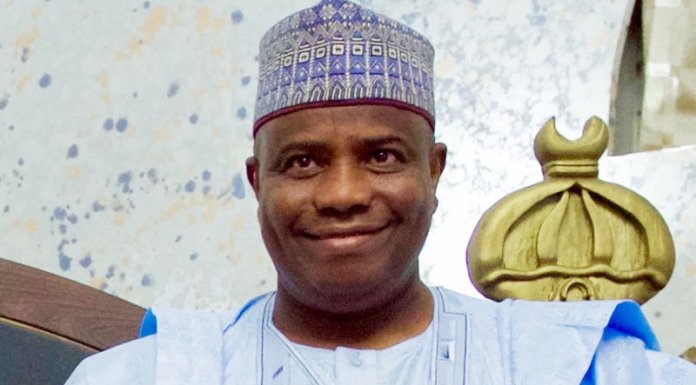