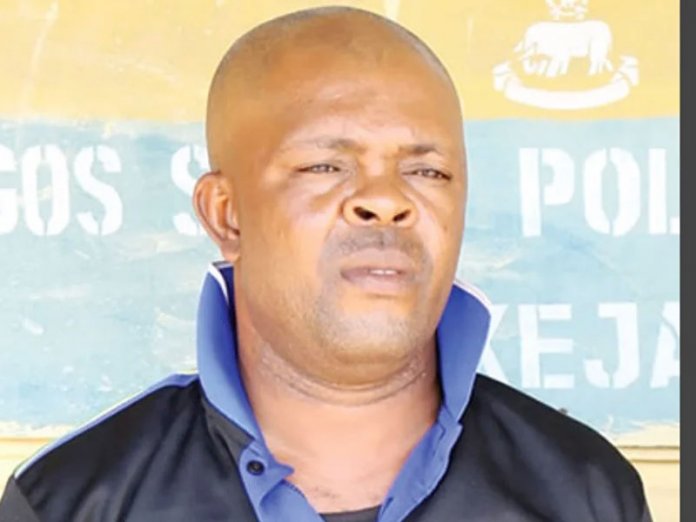 A Divisional Police Officer (DPO) of Ilemba Hausa Division, Ajamgbadi, Lagos State, Mr. Yahaya Adesina, a Chief Superintendent (CSP), has been arrested and detained at the State Criminal Investigation Department (SCID) for allegedly murdering a sergeant in his division.

Until his death two weeks ago, the deceased sergeant, Mr. Onalaja Onajide, was attached to Ilemba Hausa Division as a station guard.

The DPO had blamed his death on an alleged attack by two dismissed soldiers, Mr. Kehinde Elijah and Mr. Eze Joseph, who have since been arrested.
The sergeant’s bereaved family, however, had said they were told on good authority that the DPO shot him in cold blood.

Following the furore his death generated, Lagos State Commissioner of Police, Mr. Hakeem Odumosu, yesterday ordered that the case be transferred to SCID for investigation.

He also ordered the arrest and detention of the DPO, while an investigation is ongoing, including the retrieval of his rifle for forensic examination.
The state police command’s spokesperson, Mr. Bala Elkana, a Deputy Superintendent of Police (DSP), who confirmed the development, said: “The Commissioner of Police, Lagos State Command, CP Hakeem Odumosu, has ordered the transfer of the case, involving the shooting and killing of Sergeant Onalaja Onajide attached to Ilemba Hausa Division, to the State Criminal Investigation Department, Yaba for discreet investigation.

“This decision followed the reports received by the command alleging (accusing) the Divisional Police Officer Ilemba Hausa, CSP Yahaya Mohammed Adeshina, of shooting the sergeant while dispersing crowds that gathered in front of the station.

“The DPO has been arrested and detained at the State CID for investigation. His rifle has been retrieved for forensic examination.

“The commissioner has ordered that autopsy be carried out on the deceased person. The CP expressed his heartfelt condolences to the family and friends of the fallen colleague and assured them that the command will stand with them at this moment of grief and ensure that justice prevails.”
The command also arrested one Inspector Okoro Charles for shooting and killing one Fatai Oladipupo, a cleric.

Elkana said: “The Inspector is being subjected to internal disciplinary procedures, known as Orderly Room Trial at the State Provost Department and if found guilty, he will be handed over to the State Criminal Investigation Department, Yaba for the prosecution in conventional court.
“Investigation is ongoing to unravel the circumstances surrounding the shooting incident.

“The Commissioner of Police condoles with the family and friends of the deceased and calls for calm.
“He assures them that justice will prevail. Members of the public will be updated on the outcome of the investigation.”