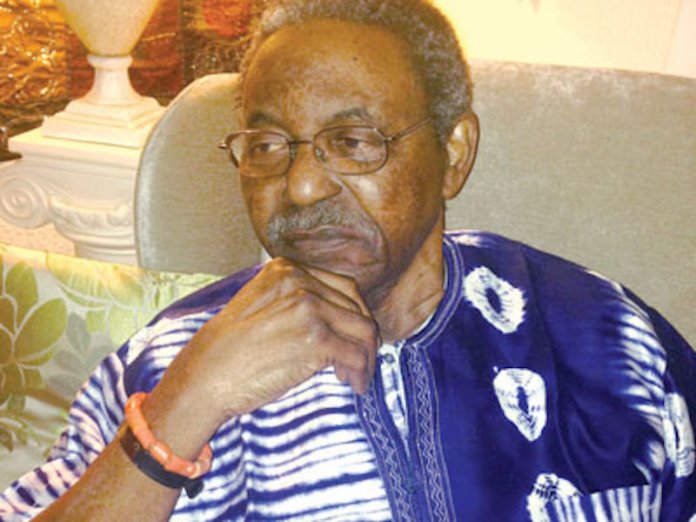 A veteran journalist and activist, Mr. Peter Enahoro, yesterday called for the restructuring of Nigeria with a warning that the continued delay to address the issue was dangerous for the country.

He said there was no better time to make the drastic decision for equity between the North and South than now.
He, however, explained that for this to happen, militant southerners and progressive northerners must collaborate to rejig the country.
Speaking yesterday on ARISE NEWS Channel, the broadcast arm of THISDAY Newspapers, he said the far North had depended on the South for too long and that some parts of the country had suffered the decision since the British rule.

He said: “Nigeria cannot be great without restructuring. If we had militant southerners, by now we will be on the brink of breaking up. But right now, we don’t have them and no one is ready to do it. The only people who tried it are the Igbo and they were defeated. I don’t think anyone will try it again, but power has to be taken away from people who squander it. How long can this go on? This has got to stop if Nigeria is to progress, and it will only be done if an alliance is made between militant south and the progressive north. This will not happen without pressure. Nationhood takes time, and this is the time.

“A colleague was interviewing someone on restructuring recently, and the interviewer said North-west will not permit restructuring. I almost fell from my bed. Who is the North-west to decide for the whole country? We must accept the fact that it cannot go on like this anymore. If you are from the Delta region, you will see that your waters and fishes have been polluted. You will have to go several miles to get fishes. When these same people need something from the Nigeria National Petroleum Corporation (NNPC), they will have to go to Daura for help. This is a country where fellow citizens say they were born to rule over others. This got to stop.”

According to him, the kind of restructuring Nigeria needs is the type where states or regions that work hard would have to benefit more.
He said the present situation makes it possible for the far North to always live at the expense of the South, which has the resources.

He said: “People go to Mecca virtually every year when the Koran has said you can go once in your lifetime. Where do you think the money for the waste is coming from? It is from oil. This is a scandal and that is where we are today. What is needed is that states which work hard should be the richest. The richest public officeholder in America is not the president. When Bill Clinton was governor for 12 years, his salary was less than that of a mayor in New York because New York had more money. Nigeria has deteriorated because we have leaders without a clue.

“We have allowed the far North to dictate to this country. The amalgamation of the North and South was only because the North had no money and it was always broke, whereas the South had a surplus, and Lord Lugard at the time just merged the two.

“Money from the South was used in assisting the North. The far North is the spoilt child of the federation.”
He explained that without restructuring, the brilliant Nigerians in certain states would not get their dues because of the present quota system.
He stated that such persons could not get into institutions of learning they deserved to because people from other regions with fewer qualifications would also have slots to fill.
He described the system being operated in the country as one where the hardworking ones were being pulled down, adding that this was reflective in the standard of education and healthcare in the country.